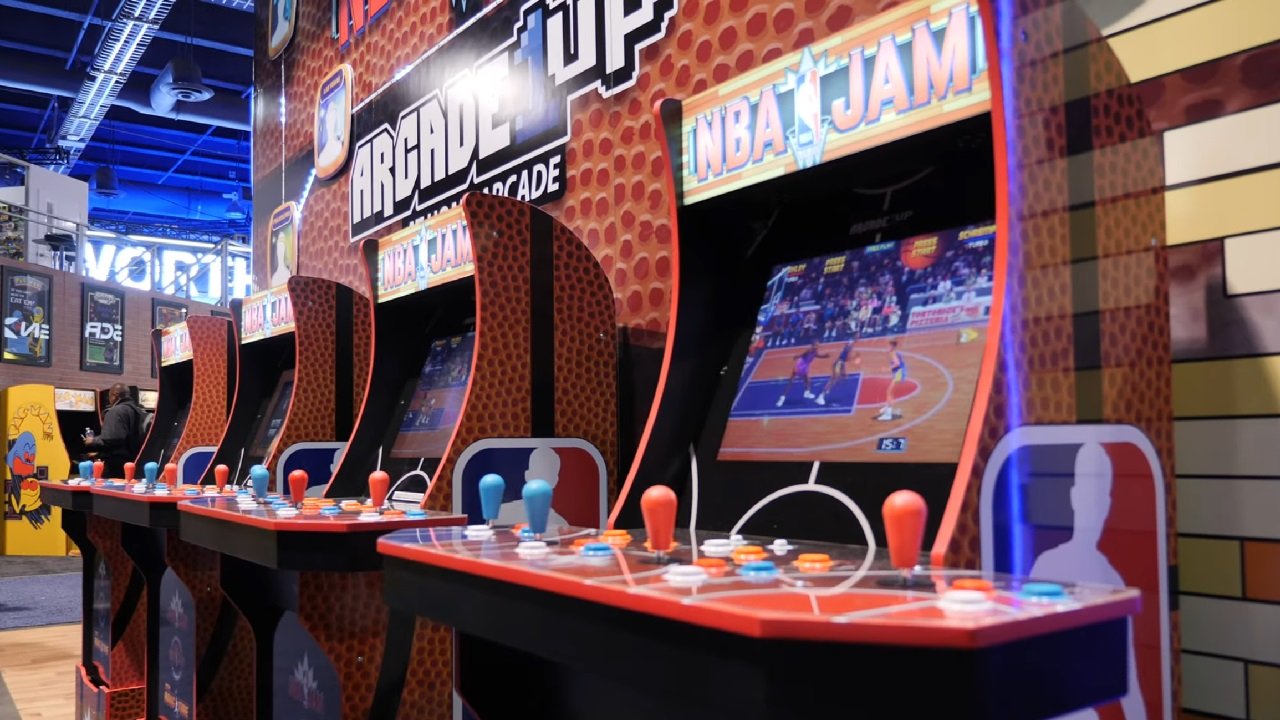 Arcade1Up has continued to impress us with the level of detail they pour into each new machine. Their Atari Star Wars and Teenage Mutant Ninja Turtles machines were already well worth the space in our collections, but they’re upping their game again in 2020 with the reveal of an NBA Jam cabinet featuring online multiplayer so you can prove to players the world around who’s really on fire.

Arcade1Up revealed their new NBA Jam cabinet at CES 2020 at the start of this week, catching the attention of popular content creators Justin Wong and Brian Tong. The NBA Jam cabinet looks similar to the build of the Teenage Mutant Ninja Turtles cab, featuring an elongated joystick deck for the four-player support faithful to the original NBA Jam cab. The cabinet also features three games from the NBA Jam series, including the original NBA Jam, NBA Jam Tournament Edition, and NBA Hangtime.

Local play isn’t the only option with these latest Arcade1Up cabinets. From the looks of it, Arcade1Up has added multiplayer support to the NBA Jam cabinet, a first for their products. With it, players will allegedly be able to match up in online competition against NBA Jam players from around the country in online play. You can still play local multiplayer the way NBA Jam was meant to be, but if you want to throw down against other players or squads, it looks like the option is going to be available to you on these new sets.

Arcade1Up ended 2019 on a roll with the launch of their Atari Star Wars cabinet. The controls had some great and sturdy heft and we certainly enjoyed our time with it in our Shacknews review. With online multiplayer coming to Arcade1Up’s cabs for the first time, it feels like a whole new world of possibilities for the popular retro arcade designer, though it would appear from the images we’ve seen so far that the group is still awaiting licensing permissions.

Nonetheless, we’ll be keeping an eye on the NBA Jam cabinets throughout 2020 and all the fire and boomshakalakas that come with it.