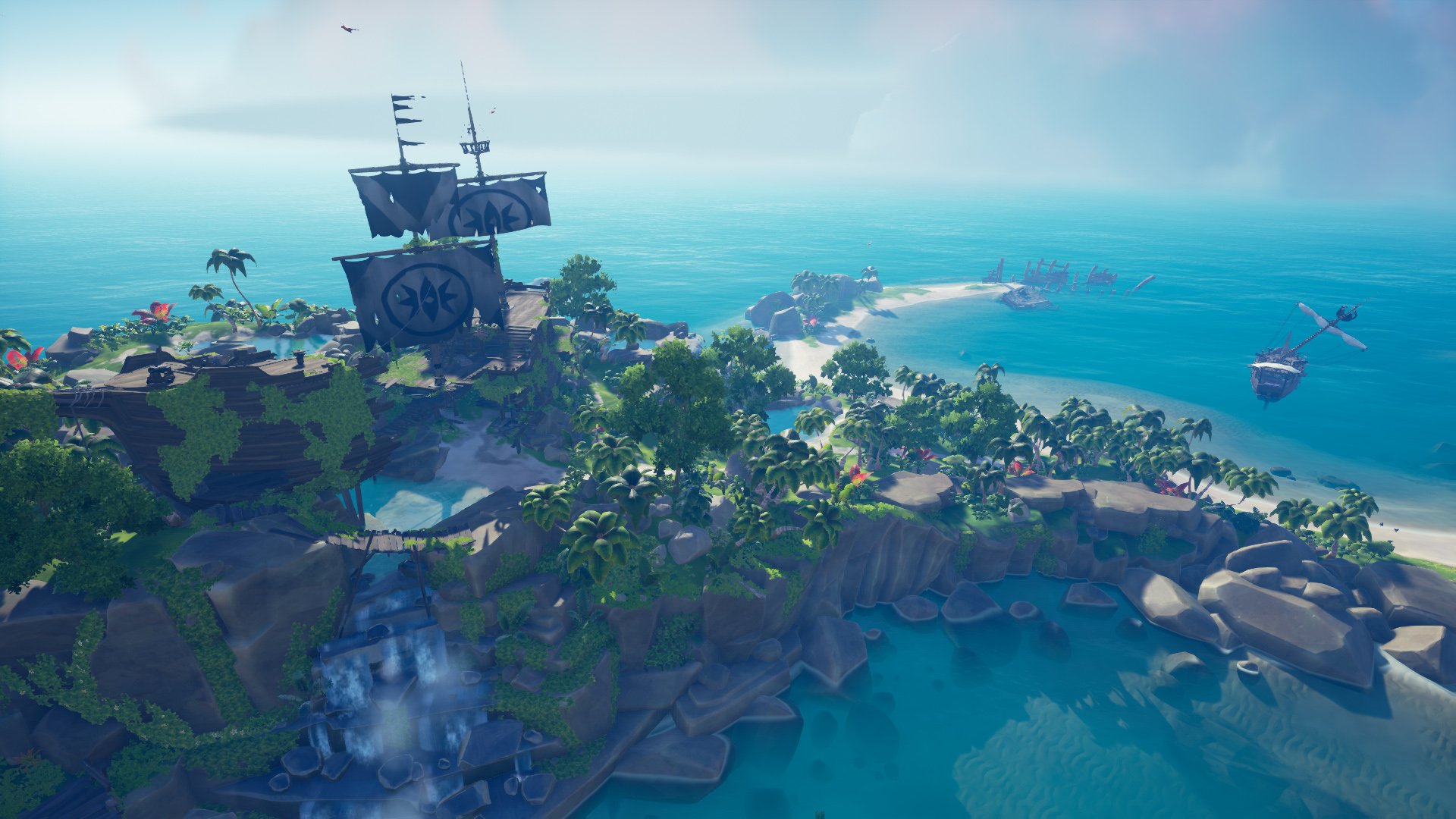 There’s a secret key to be found in the Maiden Voyage in Sea of Thieves. The Pirate Lord himself speaks of this key in the numerous journals around the map and if the key’s location can be found, the player can claim the Pirate Lord’s personal stash of riches!

Keen-eyed players will have spotted the Tall Tale tab containing Maiden Voyage commendations. Those that want the special sails will need to complete all of these. One that is going to stump a few players is unlocking the hold of the Magpie’s Fortune, as it requires finding a key.

The key itself is found in the pond at the top of the hill near the ship, the Magpie’s Fortune. The best way to reach this area is to climb up through the ship. Start on the beach near the Pirate Lord and turn around to face the ship. Run up to it and inside the lower levels. You can use the stairs inside to reach the top. Climb out along the fallen mast to the top of the mountain.

When you get to the top where the pond is, take a dive into the water. The key is found along the edge, close to the waterfall and the ship. It is extremely difficult to find, as it’s so small and partially buried in the sand.

After you collect the key, the next step is to unlock the Pirate Lord’s secret hold. This little compartment is found at the very bottom of the ship. Make your way back down the ship to the ground level. Look for the trapdoor that is slightly obscured. With the key in your hand, interact with the trapdoor to open it up.

Jump through the trapdoor and into the secret hold. Inside this area you will find bags of gold and doubloons. This is one of the best ways to get doubloons in Sea of Thieves, though it can only be collected once.

The secret key in the Maiden Voyage is very difficult to find. Its location, though mentioned in the journals, is a bit tricky thanks to it being submerged in water and stuck in the sand. Claim your rewards and then head on over to the Shacknews Sea of Thieves guide and walkthrough for even more pirate tips!