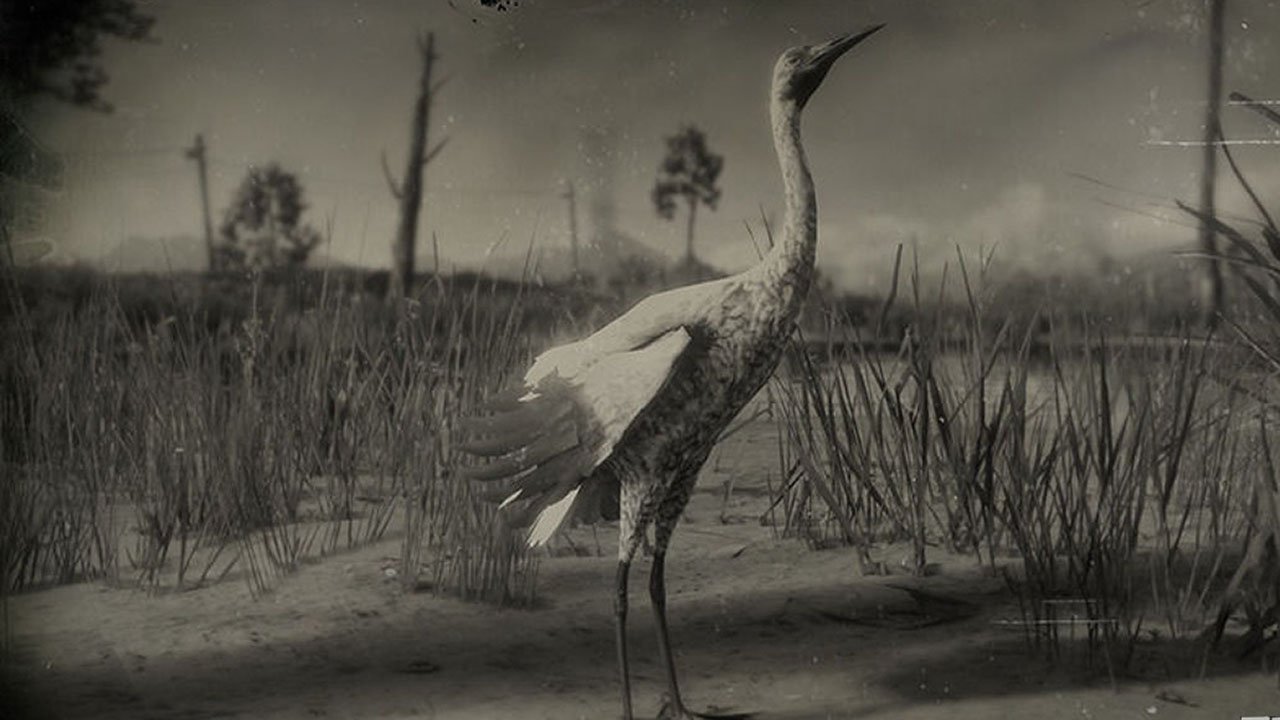 Like many of the other animals that players can hunt down in Red Dead Redemption 2, Whooping Cranes can be rather tricky to spot if you aren’t looking in the right places. Thankfully, we’ve put together this handy guide, which will detail one of the best spots to search for Whooping Cranes, which should make it much easier for you to find and acquire these beautiful creatures for your collection or daily challenges.

If you’re on the hunt for Whooping Crane locations in Red Dead Redemption 2 or Red Dead Online, then you’re going to want to make your way over to Lemoyne. This swampy land holds some of the best locations to look for Whooping Cranes, and you can often find them along the coastline north of Saint Denis, as well as scattered around the general area that makes up the southern state.

Of course, if you’re looking for the best spot to search for Whooping Crane, then you’re going to want to head up to Bluewater Marsh, which runs along the northern border of Lemoyne. This marshy swampland is ripe with creatures like frogs, gators, fish, and of course, Whooping Cranes.

When you first arrive in Bluewater Marsh on your hunting trip, make sure you’re making use of your Eagle Eye ability to spot any Whooping Cranes through the tall grass that often covers much of the ground here. Try not to ride through the area too quickly, as this will cause the Whooping Cranes to scatter and fly off, making them a bit more difficult to hit. Since these are smaller animals, you’re going to want to make use of the Varmint Rifle for the cleanest kill.

Bluewater Marsh is by far the best spot to search for Whooping Crane. If you are playing Red Dead Online and still find yourself having trouble finding the birds, then try changing lobbies as animals’ spawns in RDO have been especially troublesome as of late. If you’re playing in singleplayer, try leaving the area and returning to get new animals to spawn in. Keep hunting until you acquire all of the Whooping Cranes that you need and then move on to the next objective in your list.

Now that you know how to find Whooping Crane locations, make sure you check out the rest of our handy strategy content in our Red Dead Redemption 2 guide. You can also head over to our guide on all Legendary Animal spawns, which will outline the exact locations to hunt for the most prized beasts in Red Dead Redemption 2.