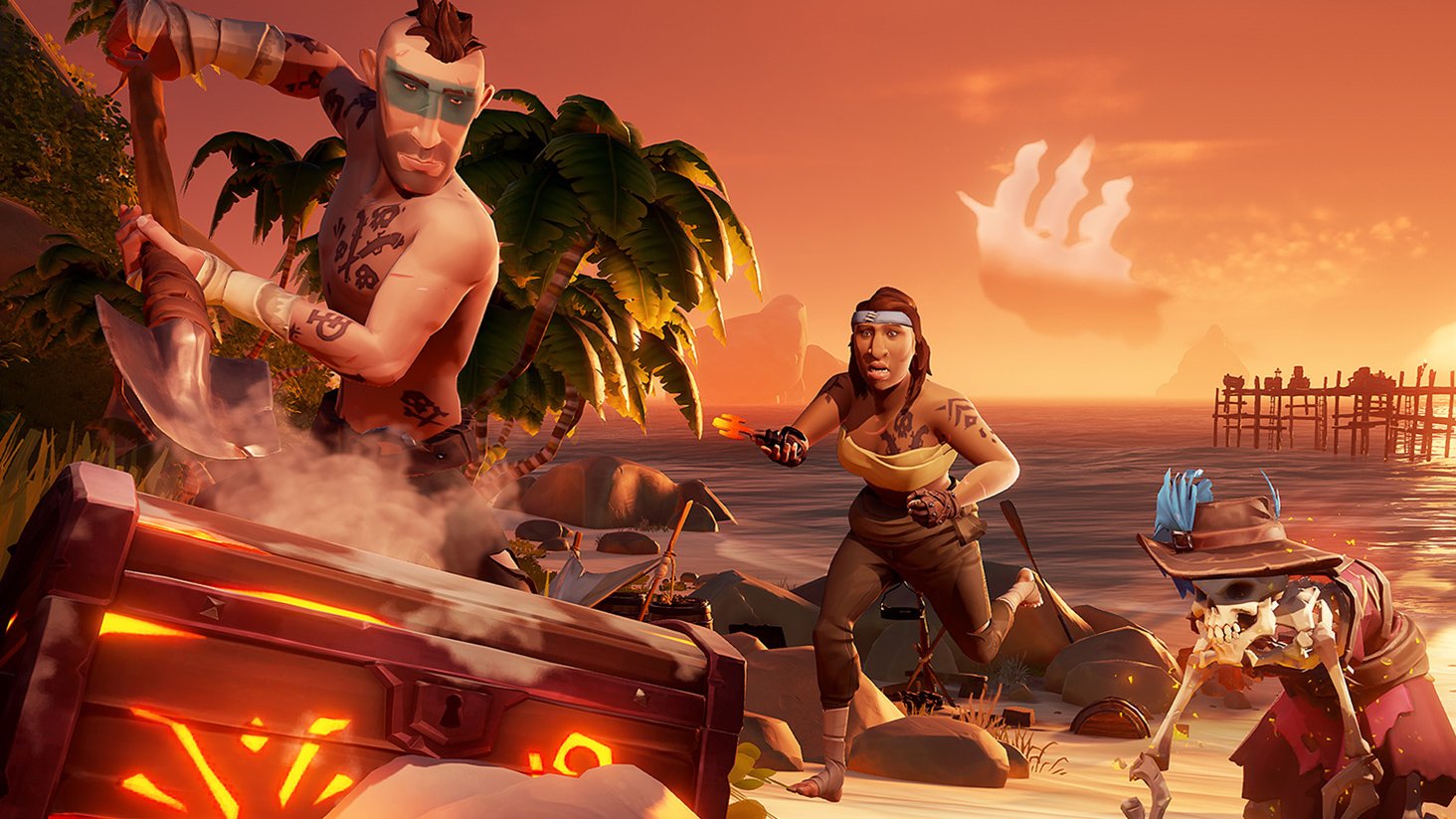 Where to get Ashen Keys in Sea of Thieves

Ashen Keys are a hot commodity in Sea of Thieves. These fiery keys are used to unlock Ashen Chests, which contain everything from doubloons and gold to ritual skulls and tomes. Finding Ashen Keys can be tough, especially considering they’re rare. In saying this, they do have specific spawn locations, so if you know where to look you can get plenty of Ashen Keys.

Where to get Ashen Keys

Ashen Keys are critical in unlocking Ashen Chests. Without a key, you will not be able to open the chest to get the Tome – which is used to unlock commendations and doubloons. There are only three sources of Ashen Keys:

Fishing is one of the best and easiest methods of getting an Ashen Key, though time consuming. Cast out a line and snap it back in whenever you see a fish. Continue to do this until you snag an Ashen Key. While it does take some time, you can assign one of your crew members to do this whenever you’re sailing between islands.

Another method is to hunt Ashen Key Masters. These are the partner to the Ashen Guardians. The Key Masters drop the Ashen Key while the Guardians drop a map that leads to an Ashen Chest. A Reddit user by name of runner4life818 has shared a detailed post on how to exploit the spawning of Ashen Key Masters:

The last method is to simply complete the Skeleton Forts that spawn around the world. Each fort will now spawn an Ashen Key Master and an Ashen Guardian, guaranteeing you a key and a chest. The only trouble is you might have to fight off other players.

Ashen Keys can be difficult to come by in Sea of Thieves. Their importance cannot be understated as they must be acquired in order to unlock Ashen Chests, a necessity in getting all the Tomes. Once you know where to get Ashen Keys, it should be a little easier to actually find them. Sail over to the Shacknews Sea of Thieves guide and walkthrough for more tips!