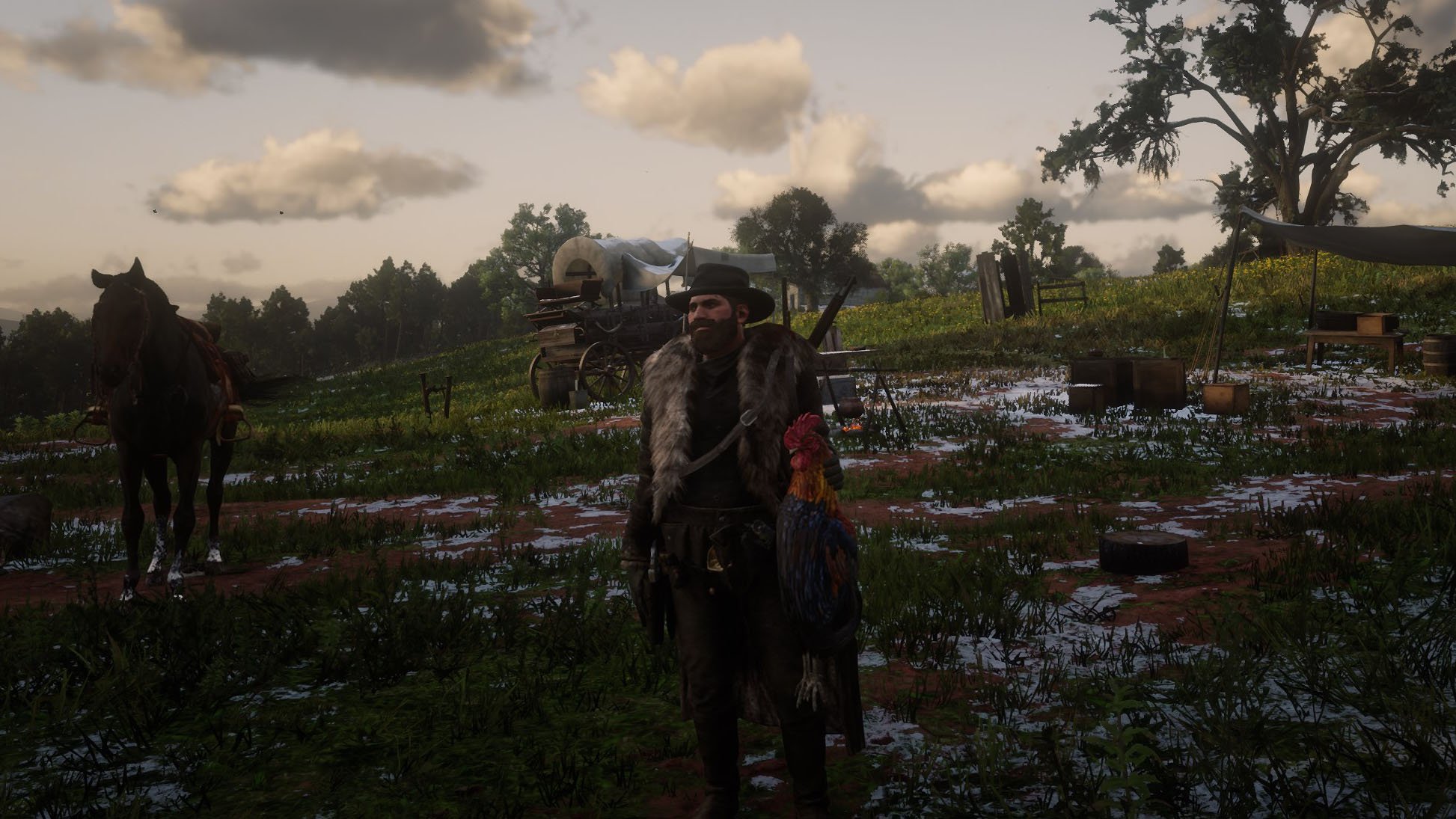 Players will find tons of animals and plants scattered around the world of Red Dead Redemption 2. Whether you’re looking to complete all of the challenges in the singleplayer campaign, or just trying to complete a daily challenge in Red Dead Online, you’re going to need to learn the locations of each of the animals and plants in Red Dead Redemption 2. In this guide, we’ll break down how to find roosters easily, which will make your hunt much easier.

Players looking to get their hands on a couple of roosters have a multitude of areas to look. You can often find chickens and roosters running around the various towns and homesteads that you visit throughout Red Dead Redemption 2’s massive open world. Areas like Lagras, Valentine, and even the ranches that are spread out across New Hanover often have several chickens and roosters running around at some point throughout the day.

If you really want to maximize your hunt for roosters, though, you can head down to Rhodes and then make your way up out of the small town heading northbound. Here you can come across a small homestead area with a chicken coop and a small fenced-in area set up behind one of the main houses. If you approach the chicken coop, you’ll often find several chickens and a couple of roosters waiting inside the fence.

If for some reason there aren’t any animals inside the fenced-in area, then you can always ride a bit of a way away and then return to the coop to find that more chickens and roosters have spawned. There are a couple of different types of roosters that spawn here as well, though most challenges shouldn’t require any specific rooster type to complete.

Now that you know where to find rooster locations, head back over to our Red Dead Redemption 2 guide for even more handy information. You can also check out our guide on all Legendary Animal locations as well for even more help.