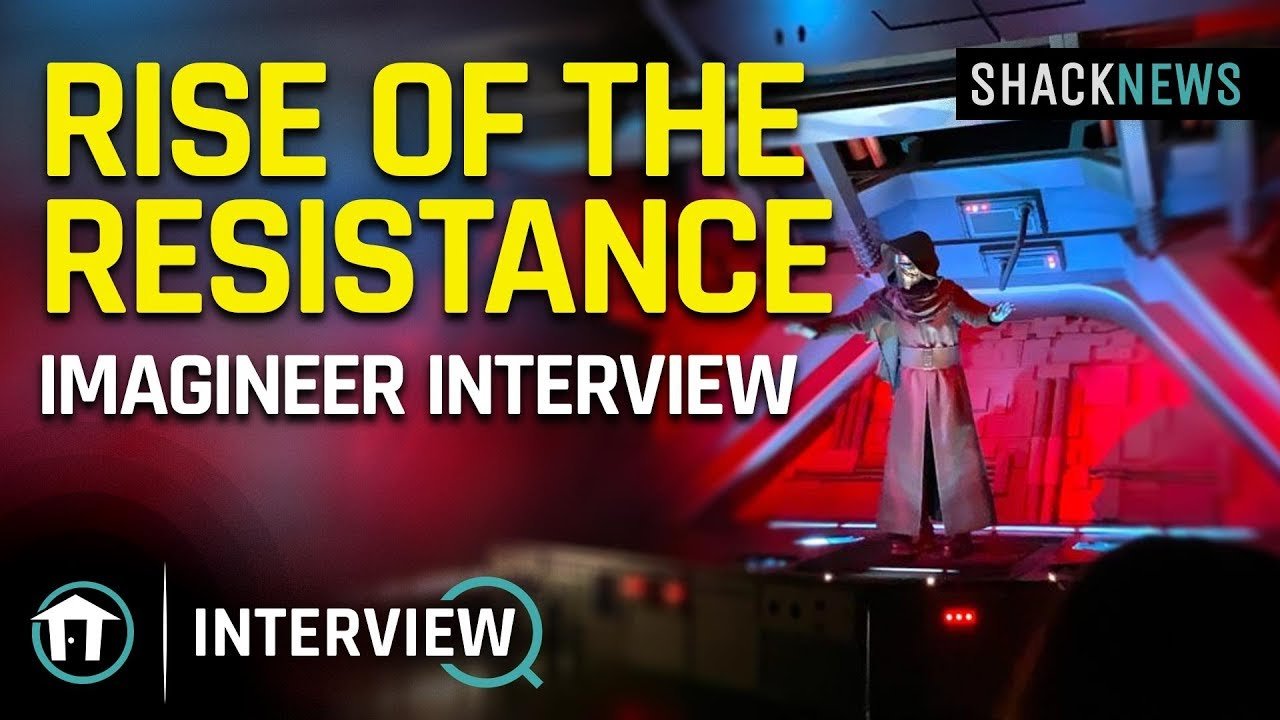 Star Wars: Galaxy’s Edge is a Star Wars experience like no other located in the Disneyland Theme Park in California. From the beginning, Disney Imagineers have worked tirelessly to bring all of the iconic elements and adventure of the Star Wars universe to life in various attractions. What goes into developing these larger-than-a-galaxy-far-far-away rides and attractions? We spoke to Imagineers Greg and Dani, who helped design and operate the recently added Rise of the Resistance attraction, to find out.

During our conversation, we asked about the challenges of immersing visitors into the Star Wars universe and what kind of effort goes into making Rise of the Resistance a truly seamless experience. To that, Greg told us it begins with a priority on storytelling.

“It’s story-first for us,” Greg explained. “So our goal is how do we combine all of those things to tell the story we want to tell in a seamless way so the guests aren’t really paying attention to the fact that ‘that’s an animatronic’ or ‘that’s a projection.’ We really hope it just blends together so they really don’t see the difference about it.”

This smoke and mirrors approach is taken throughout the Rise of the Resistance structure, combining a multitude of experiences in what Disney and the Star Wars team want to be a totally immersive experience for fans as Dani shared with us.

“This attraction has over four different ride systems combined together to try to make one seamless experience,” Dani told us. “We don’t want you to know that you’re going from a lift to the second floor, to the drop… We really rely heavily on the show, so show and ride integration here are something where we had to team up like nothing ever before, and we became one great big happy family, working very tight knit. It’s the first time show and ride have been such a seamless, immersive experience.”