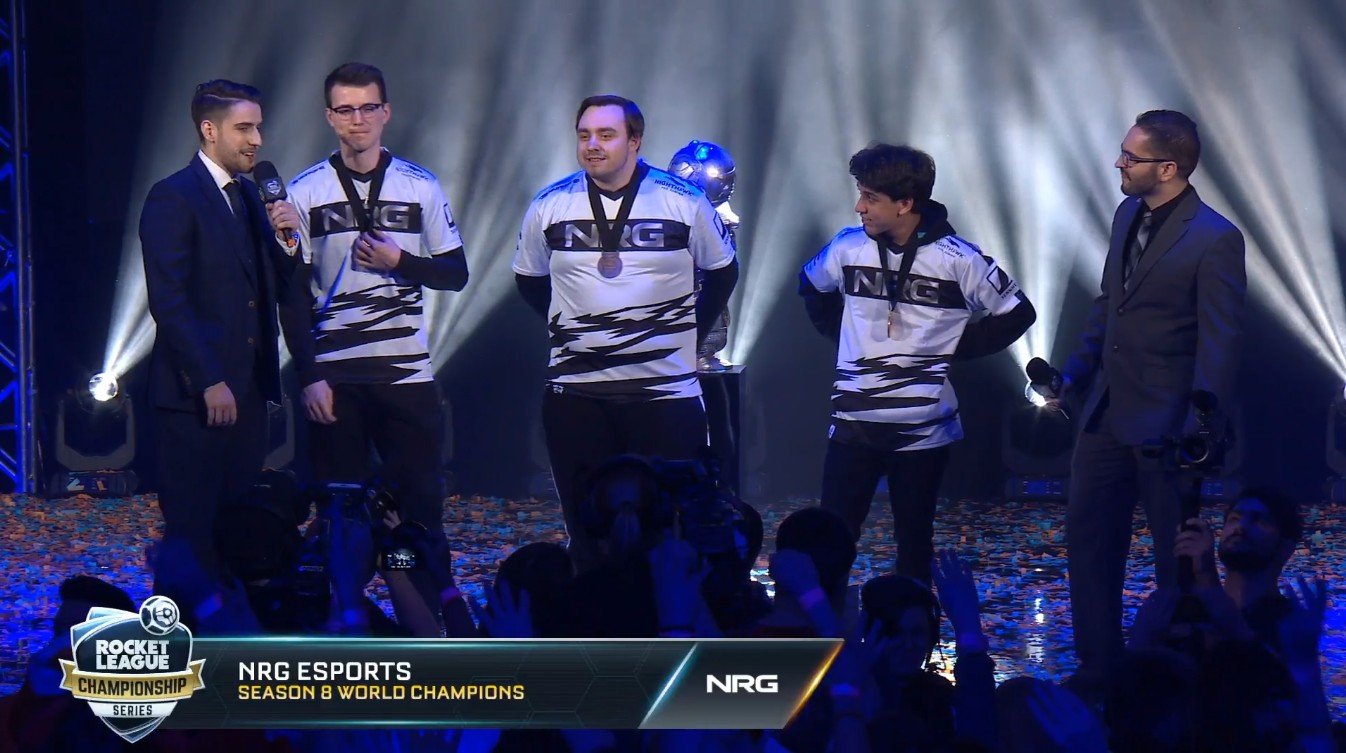 The year is almost over and for Rocket League, that means it's time to crown a new world champion. The Rocket League Season 8 championship would be decided in Barcelona, Spain and by early afternoon Sunday, only two teams remained. Defending champions Renault Vitality faced off against NRG Esports in the Grand Finals. But while the Season 7 champs were game, NRG Esports squeezed out a championship victory, winning 2-1 in a thrilling Game 7 that went to Overtime.

The seventh and final game saw both teams play defensively, with each team able to ward off a number of shots from the other for the first two minutes. It was only after Justin "jstn" Morales was left alone, pacing himself as he approached the goal, that he was able to score, blowing up Kyle "Scrub Killa" Robertson in the process.

Both jstn and Garrett "GarrettG" Gordon knocked out two potential game-tying goals in the final minute. But Victor "Fairy Peak" Locquet would not be denied, as he narrowly squeezed in the game-tying goal amidst a crowd of defenders.

The final game went to Overtime, but it didn't last long. After Turbopolsa blew up Alexandre "Kaydop" Courant, the path to the goal was clear and jstn knocked in the championship-winning goal. The ball just narrowly got around Scrub Killa, to give the Season 8 World Championship to NRG Esports and deny a repeat for Renault Vitality.

For NRG Esports, this victory was one the team had worked years to achieve. NRG had frequently entered previous championship weekends as one of the heavy favorites, but would either get knocked out early or fall in the championship game. While GarrettG and jstn have been on the team for years, it was the addition of Rocket League legend Pierre "Turbopolsa" Silfver who turned out to be the difference maker. Turbopolsa was awarded the Rocket League Season 8 MVP award following the championship game.

Mario + Rabbids Sparks of Hope to arrive in 2022

How to sign up for the Riders Republic beta
Login / Register