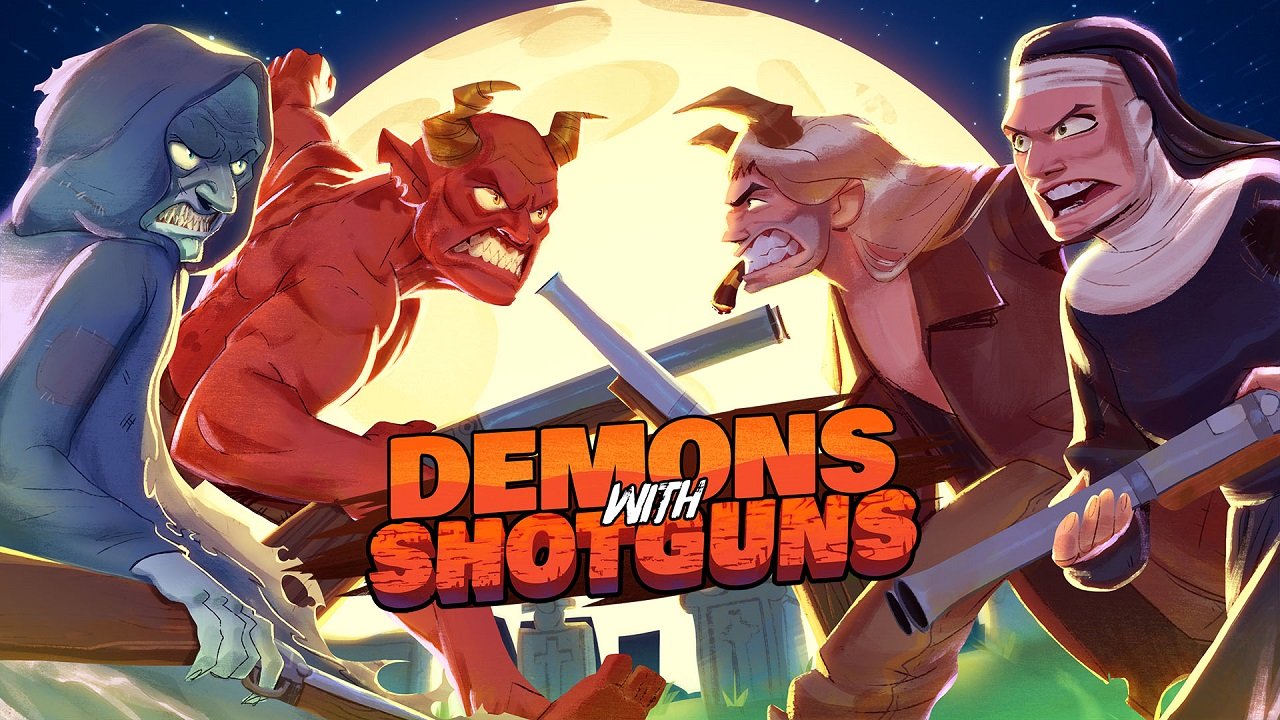 Demons With Shotguns launches on Xbox One & PS4 in late December

There’s nothing quite like mercilessly chasing down your friends and foes in a fun couch co-op game and blasting them to kingdom come. Indie publisher Digerati and developer Mindshaft Games know it and they want players to have plenty of opportunity to do it in their upcoming game, Demons With Shotguns, which launches later this December.

Digerati (of Super Blood Hockey fame) and Mindshaft released a fresh new trailer for Demons With Shotguns, along with a release date, on December 6, 2019. The game is set to launch on PlayStation 4 on December 17 (Dec 18 in Europe), and on December 24 worldwide on Xbox One. The game allows players to take up the role of Hell’s denizens or an agent of God and convert your opponents to pulp with buckshot among a number of other weapons and power-ups in a fast-paced platforming arena shooter. You can see what we mean in the frenetic trailer below.

Demons With Shotguns looks like it has a good sense of humor about it, harnessing all the over-the-top violence of games like Doom and putting it in the format of enjoyable competitive romps like Duck Game or Samurai Gunn. There are a ton of ways to slay your opponents, including teaming up or going solo in a multitude of game modes. Add to that a local 1-4 multiplayer, six playable characters at launch, around 40 varied arenas in which to do battle and more, and Demons With Shotguns is just chock full of goodies to go with the wonderfully schlocky ‘90s shooter vibe. It’s even got a 1-2 player co-op PVE wave mode for players to challenge themselves with in case you aren’t feeling competitive.

It's worth mentioning that one of Demons With Shotguns' devs is also a member of the Shacknews community. Nicholas DiMucci aka freakynipples69 is a co-developer on the game. Shacknews also had a chance to play recently, so if you want to have a look at more of the game in action, just take a peek at our hands-on video featuring Demons With Shotguns below.

With Demons With Shotguns right around the corner, stay tuned and get your friends together to get gibbed, over and over again.