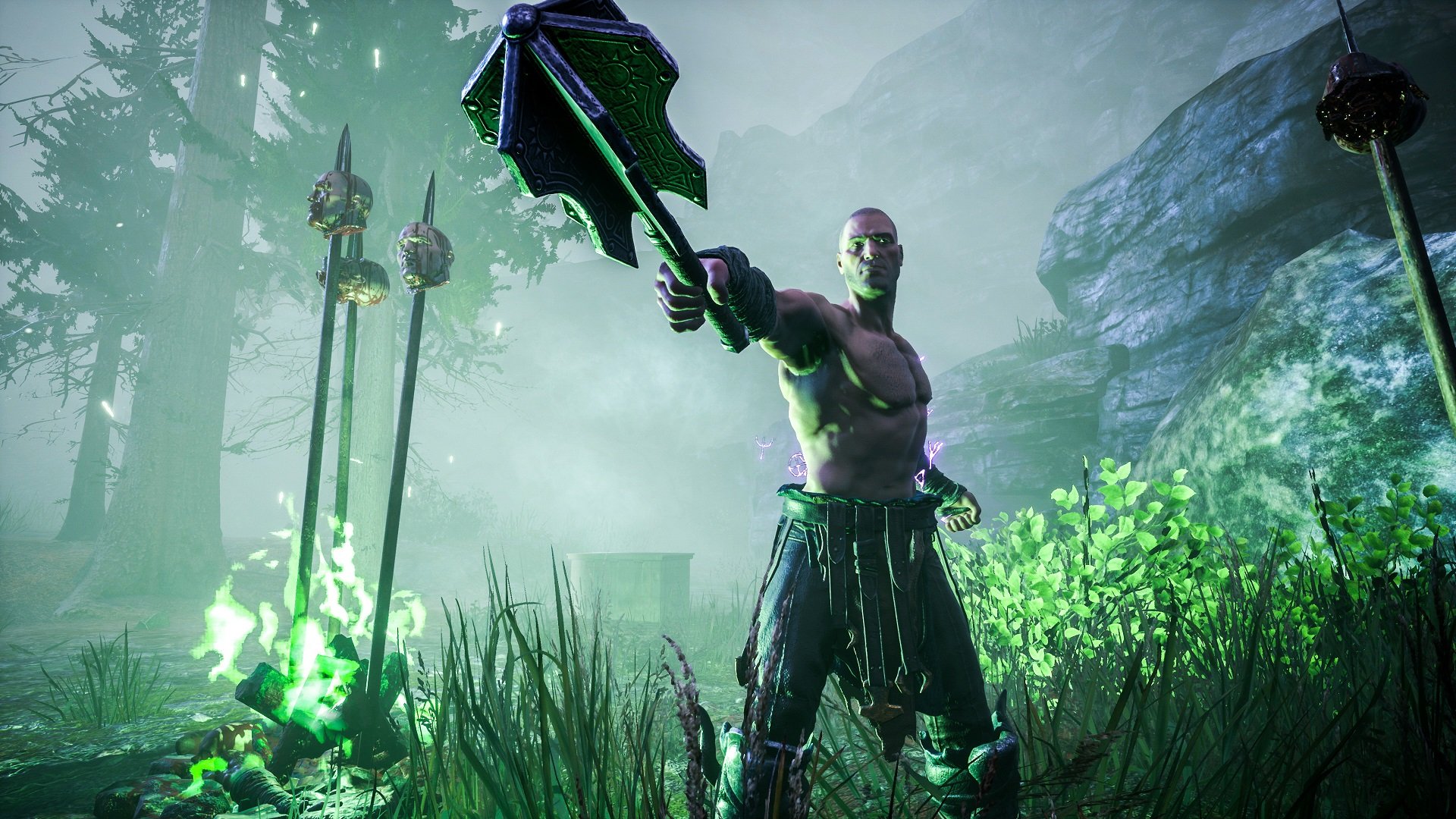 A few weeks ago, news came out that Human Head Studios had closed its doors, with its staff picked up by Bethesda to begin work on a new project immediately. This might have been news to anyone who picked up Rune II, Human Head's last project that released the day before. While publisher Ragnarok Game LLC had vowed that Rune II would be fully supported in the wake of this event, it now looks like the situation between Ragnarok and the former Human Head is turning ugly. On Wednesday, the publisher filed a formal complaint against the studio.

While Ragnarok has promised to continue supporting Rune II, the publisher is missing something important: the game's assets, which are still held by Human Head. The publisher has not been able to acquire the final launch build's source code, leading to the following statement on the Rune II forums:

"As we've said before, we love this game and we at Ragnarok Game LLC will continue to support RUNE II. We've poured in two-and-a-half years worth of passion and work into this project. And after a successful launch on the Epic Games Store a few weeks ago, we have received so much feedback from this great community. Our plan is to update and develop future RUNE II content for months to come.

"As mentioned previously, we had no warning that our long term partner and friends in this project would abandon it during its most crucial moment, leaving our team at Ragnarok Game LLC to shoulder both the development and publishing burden of launch all on its own.

"Since Human Head's sudden closure, announcement, and discovering the active concealment of their acquisition, we have repeatedly requested access to the final launch build source code and RUNE II game assets. This is so we can continue to support, update, and execute future DLC for our community. As part of the publishing agreement on RUNE II, Ragnarok Game LLC has paid for the development of these assets and is the rightful owner of them. After repeated refusals by Human Head to produce these assets, we’ve had no choice but to file a legal complaint in order to obtain the RUNE II game assets. We have exhausted all possible options before getting to this point. This is not the step we wanted to take, but it is necessary in order to fulfill our promises to our community."

Ragnarok's list of grievances include breach of contract, fraudulent concealment, conversion, fraudulent misrepresentation, negligent misrepresentation, and unfair business practices. The publisher is alleging that Human Head reneged on its original agreement to continue work on Rune II after launch, while also alleging that Human Head's principal owners "held hostage certain game code and property that unequivocally belonged to Ragnarok, refusing to transfer the property," using terms like "blackmail" and "ransom." The full legal complaint is available for public viewing.

Rune 2 released on November 12 as an Epic Games Store exclusive, but the post-launch plans for the game include a Steam release in 2020.