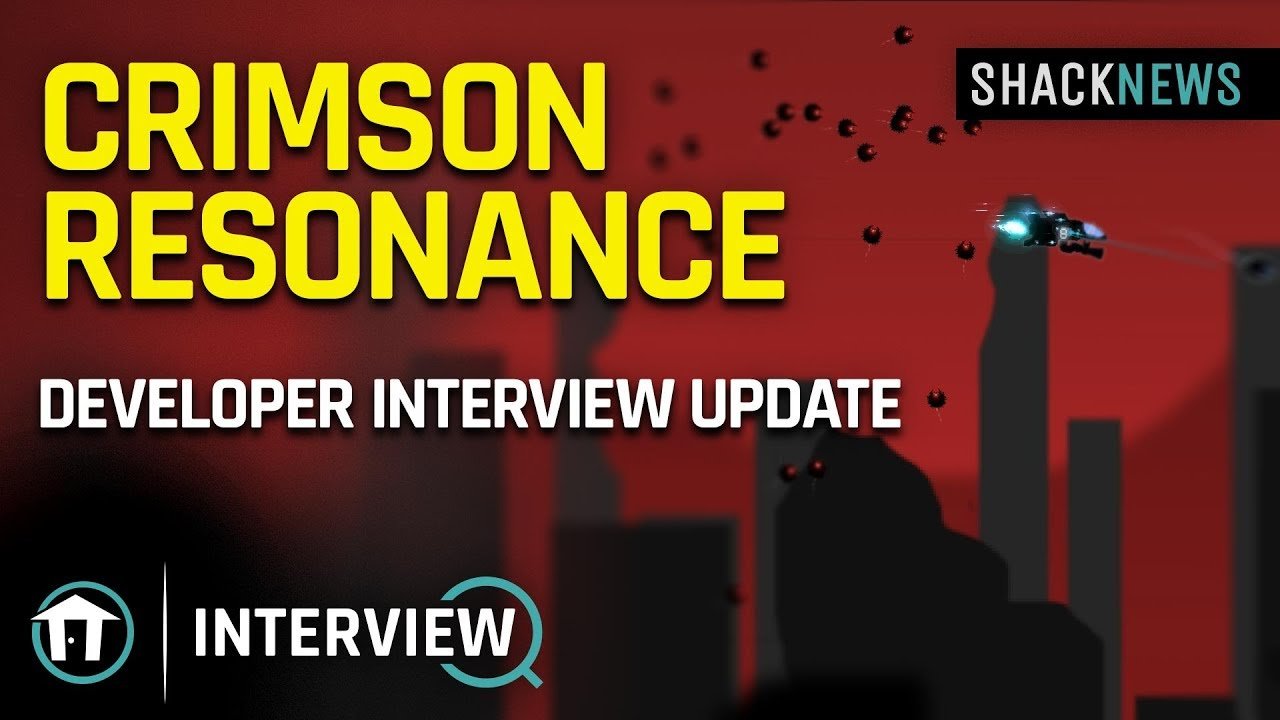 Games like Limbo and Inside have definitely made a name for themselves through their eerie, shadowy, and minimal handholding style, but they have exclusively been platformers. When you consider what they do, surely it’s a style that can be applied by use of another genre. Tweetal Studios saw this opportunity, and with it, they began work on their debut indie game, Crimson Resonance - a game that blends the shoot ’em up style of R-Type with the eerie puzzle-solving of games like Limbo and Inside.

We caught up to Tweetal Studios team Tobias van Zanten and Lars Warink to talk more in-depth about how Crimson Resonance came to be and what makes it tick. They took us deep inside their upcoming game in which players pilot a small spaceship, interacting with objects in their environment, solving puzzles, and surviving dangerous creatures to explore further and further into the depths of a mysterious planet. Check out the interview in its entirety below.

The interesting thing about Crimson Resonance is the duality between collecting objects from the environment and firing them off, such as in the case of pulling a rock to create a rockslide or shooting a pointy rock at a dangerous creature.

“We explain the basics,” van Zanten told us. “You either suck or shoot. And with that you can do everything in the game, but there are actually a lot of tricks to be found out. There are a lot of hidden gameplay mechanics that are not necessarily required, but they will amplify your experience.”

In this way, Crimson Resonance challenges players to experiment with their environment, learn their boundaries, and discover the secrets the game is hiding. Between finding out how everything in the game works and surviving dangerous encounters, Crimson Resonance won’t be a walk in the park to play, but it will be richly rewarding as players progress.

Be sure to check out the full video above and keep an eye out for Crimson Resonance, and don’t forget to subscribe to the Shacknews and GamerHubTV YouTube channels for more exclusive interviews on this and other games as well.