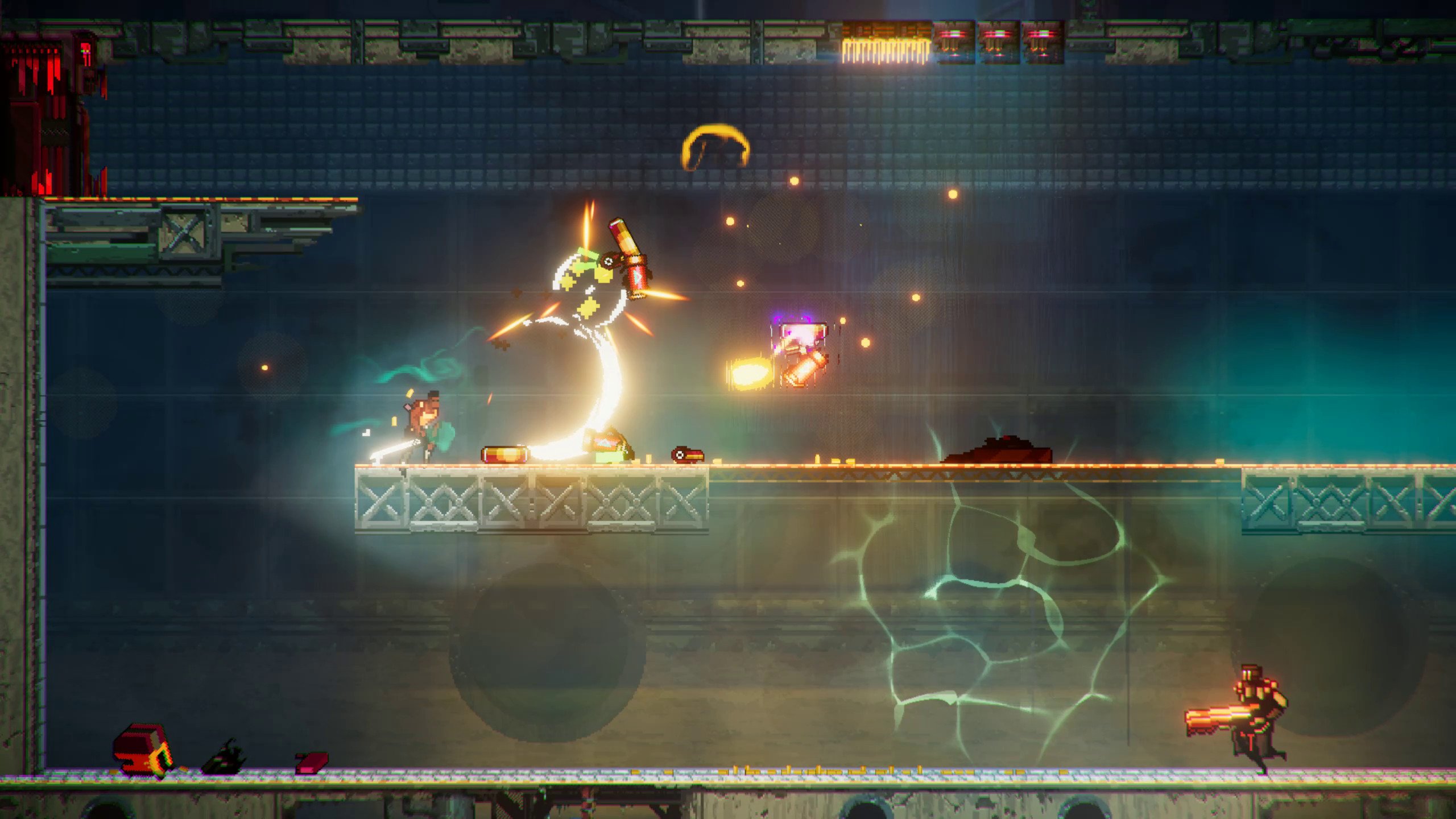 I don’t think anyone ever dives into a roguelike gaming experience with the expectation of having an easy time with them. As a matter of fact, most of the time it’s the challenge that drives players into the genre’s waiting arms. Proving that one’s skills are up to the test against a tough game is definitely rewarding. But, that’s not the only thing a good roguelike should offer up its audience. A good roguelike should be a fine balance between the carrot and stick. And while Black Future ‘88 has a lot of stick, a lot of times it feels like there’s not much carrot, if any.

The world of Black Future 88 is bleak to say the least. It’s a dystopian timeline in which a nuclear disaster ravaged the world in 1988 and people just stopped keeping track of time as they attempted to survive in a new world. Fast forward to whatever time it is now and things have gone in a decidedly cyberpunk direction. The entity that was responsible for the nuclear apocalypse is known simply as Duncan and sits atop his Skymelt tower guarded by an arsenal of robots and henchmen. Now, it’s up to players to make their way through Skymelt’s five levels and take out Duncan.

The big catch is that you’ve only got eighteen minutes to do it before your heart explodes. Players will start off with two selectable characters and can unlock more as the game progresses. Each character comes equipped with a basic pistol, their own specific starting weapon, and a few various traits like maybe they take more damage but have better guns. As players attempt to make their way through the procedurally-generated levels of Skymelt they’ll find new weapons, stim upgrades, cursed abilities, robot companions, and a few secret areas along the way.

Visually, Black Future ‘88 is a very well put together 16-bit-era retro-inspired roguelike. The amount of detail in the backgrounds and the enemy designs really drives home the game’s super new wave vibe. I also really enjoyed the game’s opening animated sequence that helped set the tone extraordinarily well. Black Future’s style is backed up incredibly well by a fantastic soundtrack of synthwave grooves that really helps everything feel more like Blade Runner. I just wish I had as many nice things to say about the gameplay itself.

In theater improv there’s a rule called “Yes, and…” that basically means when someone comes up with something you go along with it and add to it to keep the scene going. Most of Black Future’s gameplay feels like an out of control “Yes, and.” Players only have 18 minutes to live, and if they don’t pick up the currency that enemies drop it makes the game more difficult, and if they get too many boosts their blood becomes infected and could kill them quicker, and some stims are just cursed and make the enemies tougher, and the enemies get more powerful if you don’t pick up dropped items, and you can slow down time but it makes your heart timer go way faster…

Basically, the only feature that doesn’t seem to have some way of bending you over a barrel is paying currency for new weapons or other helpful items. Everything else you find in the wild will either cost you health or time and 2/3rds of the time it's for something that’s cursed.

I don’t expect things to be easy in a roguelike, but I do expect to reach a point where things sort of gel and the game starts to feel more accessible. Black Future ‘88 just feels like it just wants to be as difficult as it can be at all times. Every aspect of this game feels like it was made by a sadistic Dungeon Master who just never gives their friends a break. Of course I expect to die hundreds of times when playing this kind of game, but there’s gotta be something that keeps me coming back for more, that makes the challenge enticing, and I just never felt that here. Playing through the same levels over and over gets tiresome quickly even after more powerful stims and weapons have been unlocked through progression.

The dash feature is an integral component of the game’s combat and navigation, but it only works in four directions with no angles, which is a big let down. Then there was the issue of the weapons inventory in the HUD covering up playable areas of the game causing me to miss enemies and pick-ups.

Admittedly, I think Black Future ‘88 has a lot of problems, but I’m also very impressed by a lot of what the one-person dev team of Super Scary Snakes was able to accomplish with their first solo at bat. But to be honest, some of the gameplay design features probably should’ve been thought through more or maybe removed completely to streamline the game. While I like the look and overall vibe of Black Future ‘88 there was never anything that really compelled me to keep playing, leveling up only unlocked things that I might find in Skymelt and while I found one playable character while exploring, I have no idea how I unlocked the second one. It's the little things like that make me feel Black Future ‘88 needs more polish and more carrot to live up to its full potential.