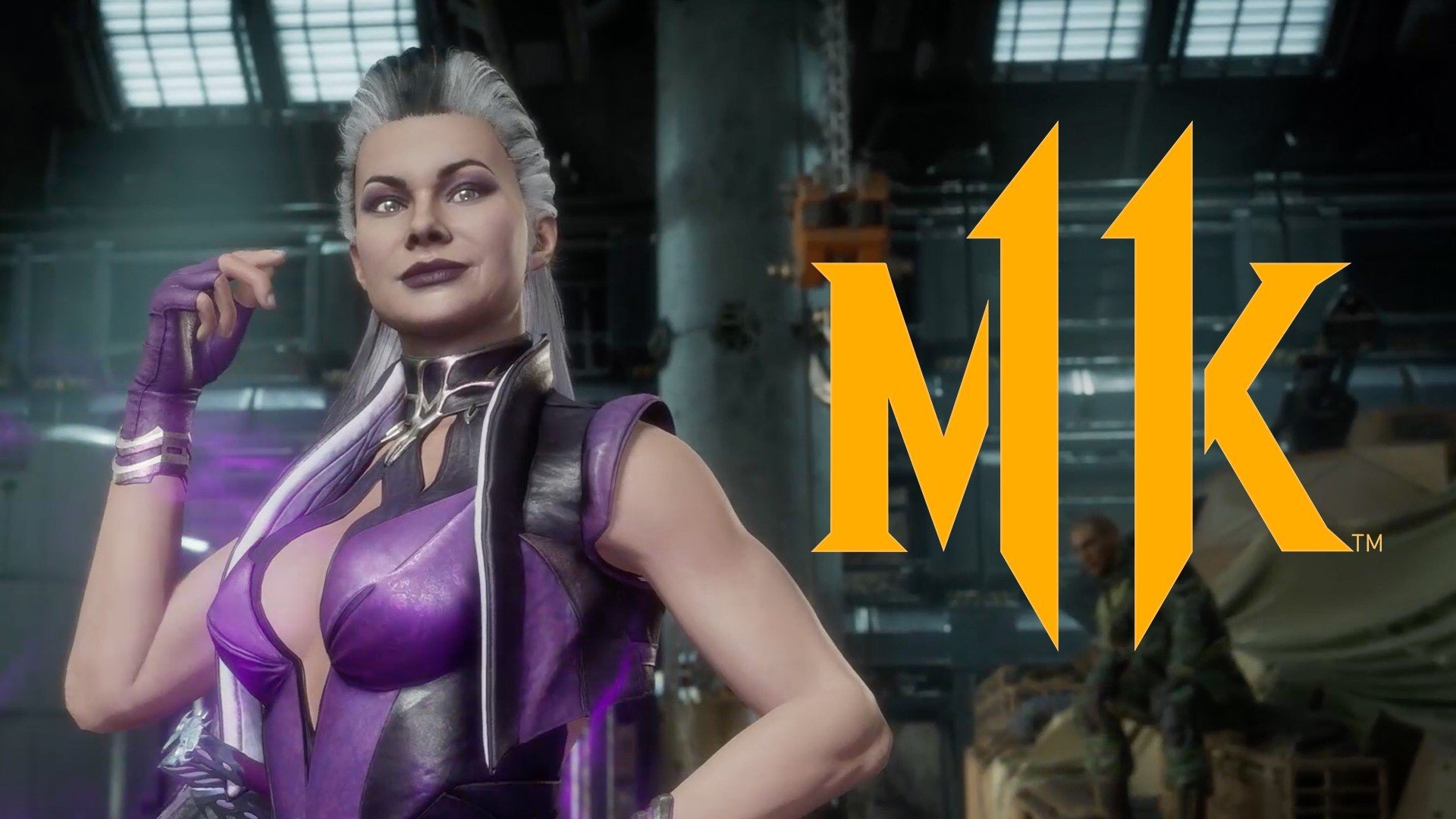 Mortal Kombat 11 is coming off the arrival of a special guest character in the form of The Terminator, but now the DLC train is back on a more traditional track with the return of an old favorite. The silver-haired banshee Sindel is the newest character set to join the MK11 roster. She's set to arrive next week, but first, Shacknews was given a special opportunity to go hands-on with the latest DLC character.

There's a lot to like about Sindel for Mortal Kombat veterans. Her core design philosophy boils down to two things: long hair and a sonic scream. Mortal Kombat 11 implements both of those nicely across both of Sindel's standard variations, as well as through her custom move set. They're also captured in Sindel's finishers. The Fatality displayed in Sindel's original trailer, Scream Queen, took advantage of her long locks and sonic scream. Her second Fatality, Hair Today Gone Tomorrow, is much more hair-focused, as the evil empress runs through every foe's orifice with her hair before tearing them apart.

Sindel is more of a ranged fighter, though not to the level that old-school MK players might remember. She doesn't really have a projectile outside of her Low Star Screamer from her Empress of Evil variant. She's not an up-close fighter, but is at her best when she has her foes at arm's length. This is the ideal range for her Scream and her Mane Squeeze command grab. Scream will get a lot of mileage, especially with a counter acting as a Krushing Blow, though it'll work a lot more effectively with Sindel's second variant. Players can hold down Triangle/Y to delay Scream's deployment, in case you want to catch opponents off-guard.

Regal Presence is Sindel's other key special move, which levitates her off the ground. This is where she can unleash different moves for different situations, whether it's to strike a ground-based foe or for anti-air scenarios. But the timing for this move takes a little bit to get used to. There were times when I launched myself skywards, only to see that none of the buttons were reacting, leaving me sitting idle in the air. Take some time to practice with this one to get the hang of what Sindel's capable of. Her two variants can also add to her Regal Presence arsenal.

Regal Revenant is Sindel's second variant and struck a better chord with me. This adds an air dash and an air fireball to Sindel's move set, but it also greatly enhances Scream by turning it into Maleficent March. This allows Sindel to march towards her opponent before letting out her Scream, which gives the move a little more versatility. When using the Enhanced version of the move, Sindel can strike her opponent for multiple hits. I mentioned the Krushing Blow earlier. If Scream hits for a Krushing Blow, the opponent will be briefly staggered, allowing for a big follow-up combo.

Sindel's custom moves are worth tinkering with, as they can suit different play styles. Her Hair Cut move is a strong anti-air move that covers a long range. Whip & Flip adds a more unorthodox command grab in which Sindel flips forward before grabbing her opponent with her hair and slamming them to the ground. This can be difficult to anticipate because of its awkward pattern. There's also a handful of moves that can be added to Regal Presence, giving Sindel a few new aerial options.

Sindel has a lot of promise for Mortal Kombat 11. She feels slightly different than her older incarnations, but at her core, she still feels like the classic character that old-school MK players will enjoy. Kombat Pack owners can expect to see her Tuesday, November 26. Like previous DLC characters, you'll also be able try her out with MK11's Towers of Time mode for a limited time.