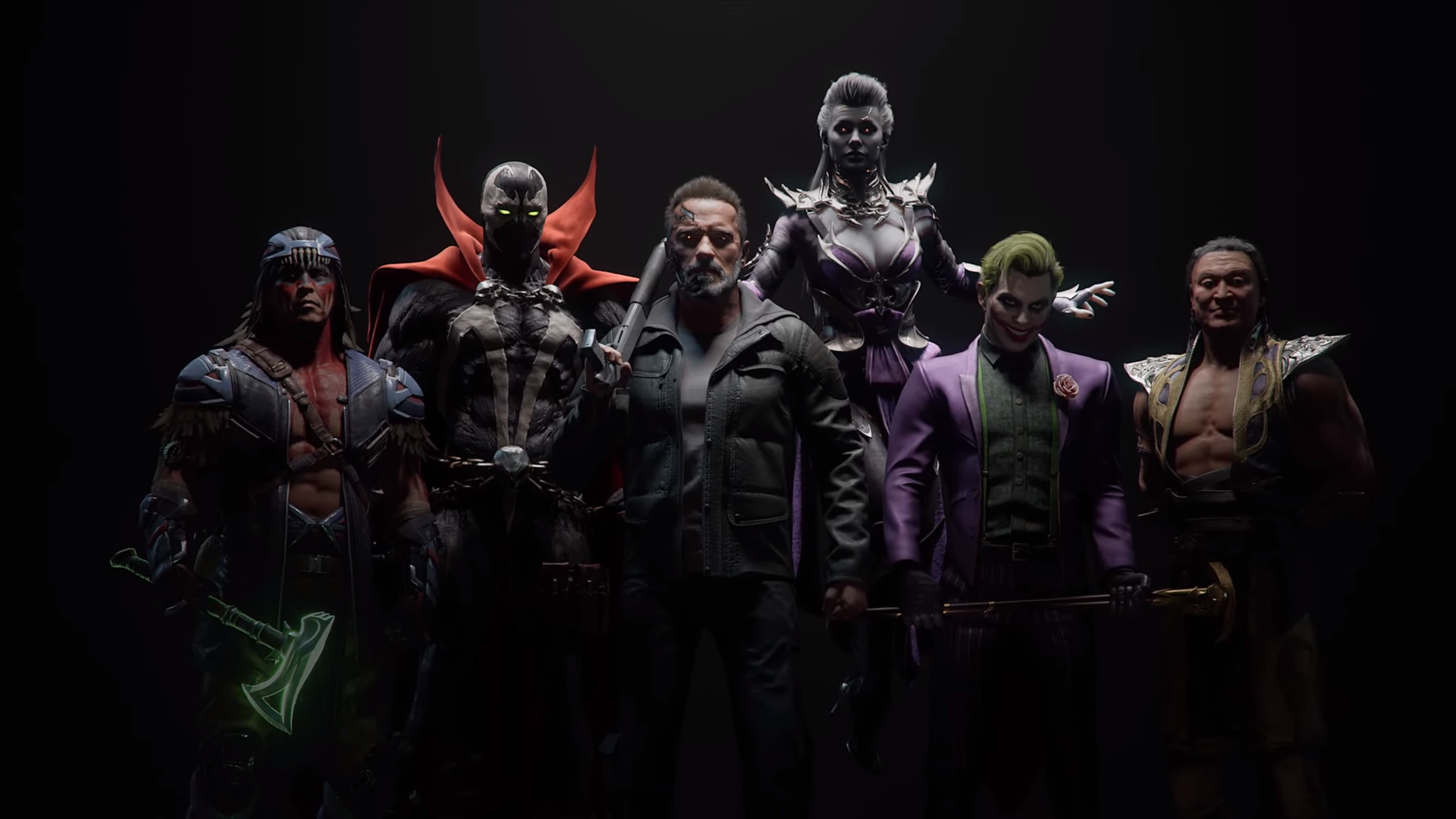 Mortal Kombat 11 is fresh off of releasing its latest DLC character. However, Nightwolf is most certainly not the last fighter who will be joining the battle. He's just the second fighter featured in the game's Kombat Pack DLC. But who else is set to be a part of that? Fans already know about Sindel and Spawn, but on Wednesday, NetherRealm released the rest of the list. And that list includes the Joker and the Terminator T-800.

Wednesday's trailer kicked off with the knowns. Shang Tsung and Nightwolf were both joined by Sindel and Spawn, the latter two who were seen in person for the very first time. But they were quickly joined by two new faces. The Joker, DC's resident Clown Prince of Crime, stepped in with his signature laugh. Seconds later, the DLC roster was rounded out by the Terminator T-800, indeed with full-blown resemblance to actor Arnold Schwarzenegger.

Joker is certainly no stranger to the NetherRealm space. He's making a cameo from the Injustice series and while Mortal Kombat characters have certainly found their way to that franchise, this is the first time that things have gone the other way around. Given Joker's propensity for ultraviolence, he looks like he's ready to cut loose in an M-rated game for the very first time. The timing also works out nicely for Warner Bros., which is set to release a Joker motion picture later this year.

The Terminator T-800 was quite silent in his momentary appearance, but looks just like classic Arnold. Whether he'll also be voiced by the iconic actor remains to be seen, though an imitator certainly wouldn't be the worst voice to grace MK11. The Terminator is also set to grace the silver screen again in the near future, with Terminator: Dark Fate around the corner.

The rest of the Kombat Pack is coming soon and they have release dates. The Terminator will release on October 8, Sindel will arrive November 24, Joker will hit on January 28, and Spawn will round things out on March 17. In the meantime, enjoy Nightwolf.