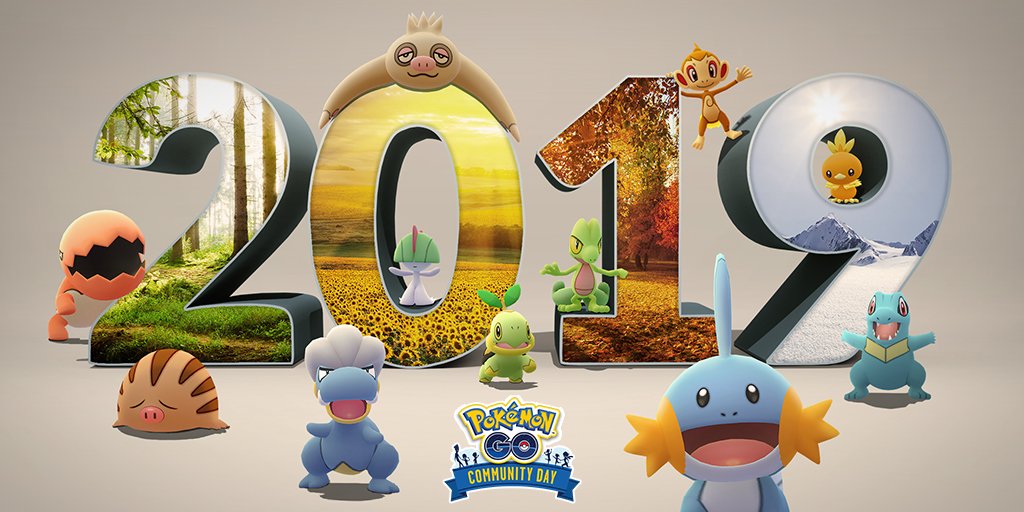 Unless you're a total Pokemon GO fanatic, it's likely that at least one Community Day has slipped under your radar. It happens. Sometimes a Saturday will come and go, errands get run, life gets in the way, and then suddenly the realization hits that the month's Community Day has come and gone. Fortunately, anyone who has missed a Community Day at any point this year is about to get a second chance to do things right. On Wednesday, Niantic announced that December's Pokemon GO Community Day will feature all of 2019's previously featured Pokemon for a full two-day event.

Be sure to circle the weekend of December 14-15 on the calendar. That'll offer a second chance to capture all of the previously-featuerd Community Day Pokemon, along with all of their exclusive Community Day moves. That list includes Totodile, Swinub, Treecko, Torchic, Slakoth, and Bagon on Saturday and Mudkip, Ralts, Trapinch, Turtwig, and Chimchar on Sunday from 9AM-9PM local time. While their appearances in the wild will increased during that 12-hour window, their appearance rate increases even more between 11AM-2PM.

That three-hour window will also offer double Stardust, double catch XP, and egg hatch distance reduction. Players can also find a parade of rare Pokemon hatching from eggs and appearing in raids during each day's 12-hour period. You can find more information what to expect over on the Pokemon GO website.

This massive Community Day event will look to wrap up an eventful 2019 for Pokemon GO. It's been the year in which Niantic has pushed the game forward with additional Pokemon, more challenging raids, the addition of Team GO Rocket and Shadow Pokemon, and even a World Championship event. More appears to be lined up for 2020, including the addition of GO Battle League PvP, which is set to launch early next year.

In other Pokemon GO news, prepare for trouble! Team GO Rocket is out with a vengeance this weekend. There will be a two-hour window this Sunday, November 24 between 11AM-1PM local time where the dastardly fiends will take over every single PokeStop. This will be the time to collect Mysterious Components and get to the source of who's behind these vile villains, the Team GO Rocket Boss Giovanni. The Pokemon GO website will offer more information.