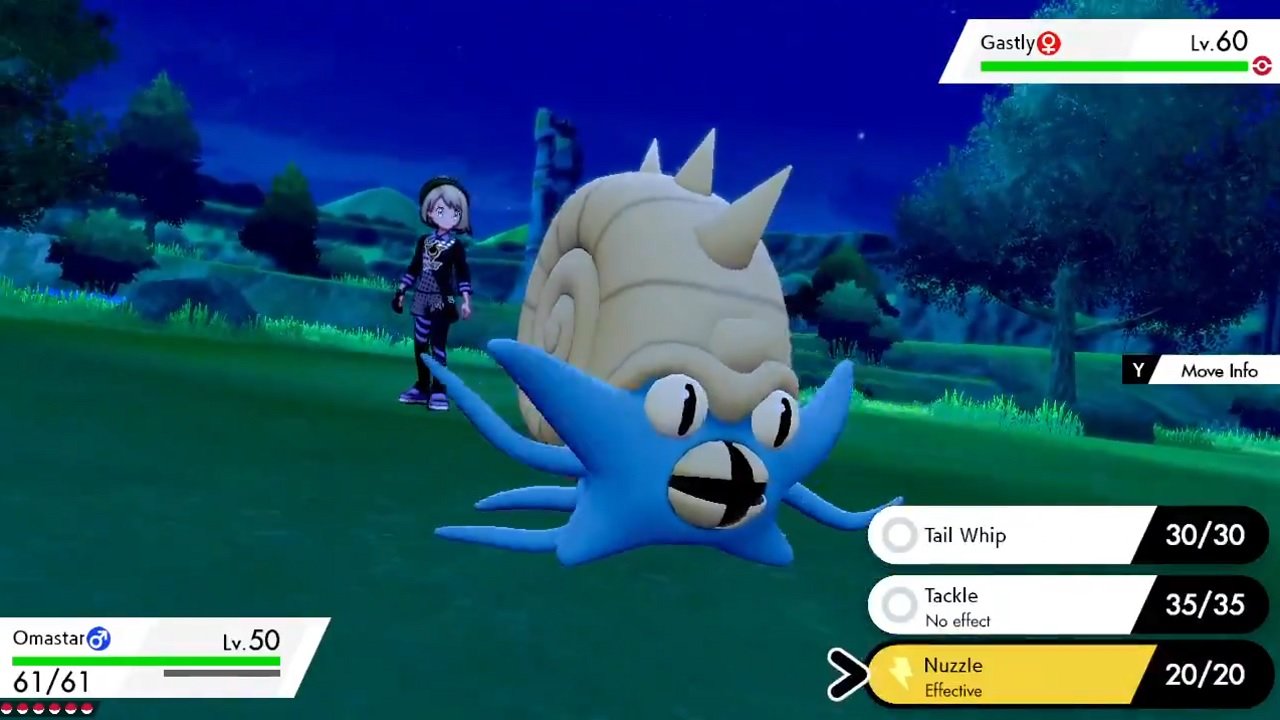 One of the biggest controversies of Pokemon Sword and Shield has been the lack of a National Dex that would allow players to bring in Pokemon from previously played games into their collection. To that end, it looks like modders are already beginning to come to the rescue. Recently, a modder began a project of importing classic Pokemon into Sword and Shield for play.

Twitter user SciresM showed some of the fruits of his labors on November 18, 2019. As can be seen below, SciresM modded Omaster into the game. By using models from Pokemon Let’s Go Eevee / Pikachu, SciresM used a save editor by the name of PKHeX in order to put Omaster in place of existing Sword and Shield Pokemon Yamper. At current, it would appear that SciresM has been able to get Omaster into the Pokedex and, at the very least, his entry and idle status in battle.

Animation on entering battle is pretty broken, but it works okay other than that.

Obviously stats are broken (didn't fix the personal entry yet), and this was originally an edited yamper that I didn't bother giving legitimate moves. pic.twitter.com/m1C8CzDQCt

Omaster is limited to the two above appearances at current, meaning no attack animations, no changed and unique move set, and, of course, no Dynamax or Gigantamax transformations. Even so, it’s a good early proof of concept at attempting to put older Pokemon into the game. Given that Pokemon has only been out since November 15, 2019, it’s interesting to see attempts happening so quickly. With enough time, we might see the modding community make more headway in bringing National Dex Pokemon into Sword and Shield (or perhaps convince Nintendo and GameFreak that it’s an endeavor, well worth taking in a future update).

Players are definitely playing Pokemon Sword and Shield after all. UK Charts recently reported that Sword and Shield have achieved the second best debut of any launch in the Pokemon series’ history. What do you think? Is modding the only hope to see classic Pokemon in Sword and Shield or is the desire even more of an incentive for Nintendo to do it themselves? Let us know in the Shacknews Chatty comment section below!