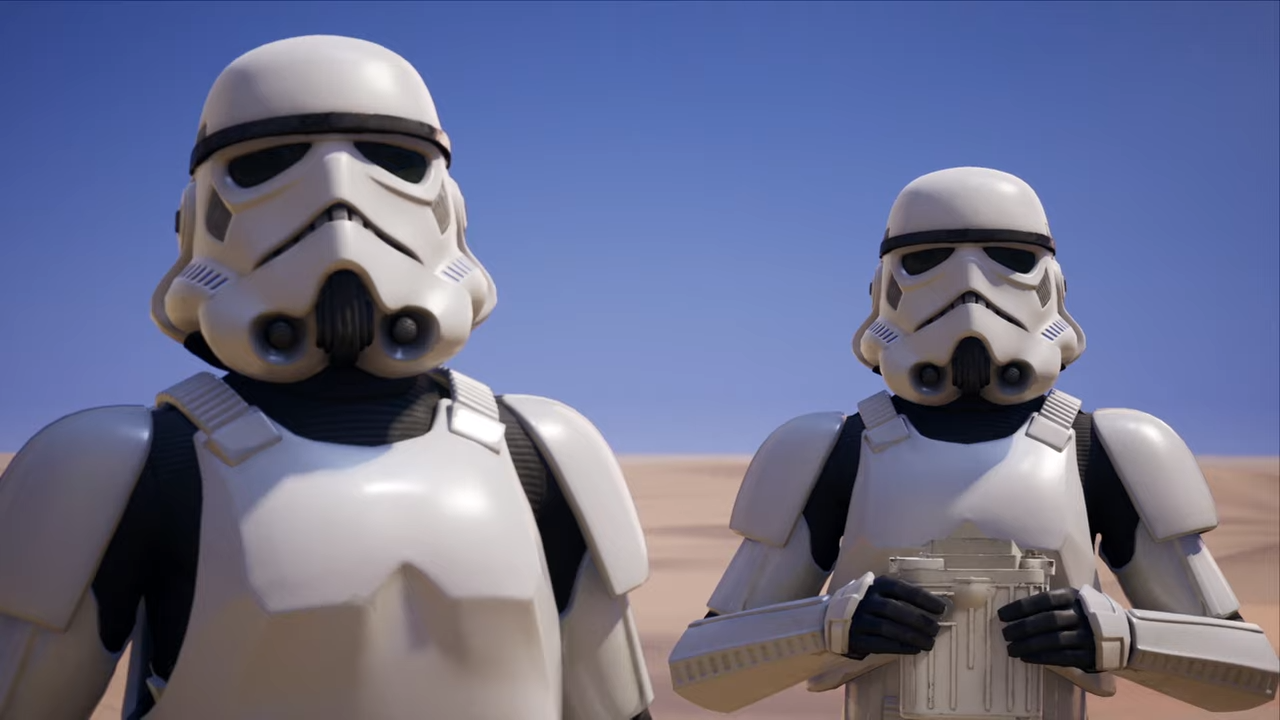 The forces of the Empire were on their way to hunt down some rebel scum, hearing about some leftover Jedi sighted along Kashyyyk. He might be sporting some red hair, have a little droid riding on his shoulder, and he was believed to have been seen arriving in a cargo freighter. Unfortunately, this particular Stormtrooper brigade appears to have taken a wrong turn at Endor. They aren't anywhere near this Jedi's vicinity, nor have they found the droids they're looking for. In fact, they aren't even in their own universe. They've come out of a black hole and emerged on the battle royale island of Fortnite. Lord Vader won't like this.

Starting today, it's possible to do like Luke Skywalker and Han Solo in Star Wars: A New Hope and disguise yourself as an Imperial Stormtrooper. The outfit is currently available in the Fortnite Item Shop. However, it's not going to be there very long. This is an extremely limited time promotion, with the outfit only set to be made available until this Sunday, November 17 at 4PM PT. After that, it'll be gone from the item shop.

Of course, if you need a little more time than that to claim your item, you can pick up Star Wars Jedi: Fallen Order on PC. While the game will be among the first EA games set to release on Steam, the Epic Games Store also has the game available. And Epic's storefront is offering the Imperial Stormtrooper outfit for Fortnite as a purchase incentive. This is also a limited time promotion, but you'll have much more time to grab it. The Imperial Stormtrooper promotion will be available on the Epic Games Store from now through November 30, 2020.

You can find more information on Fortnite's Imperial Stormtrooper promotion over on the Fortnite website.