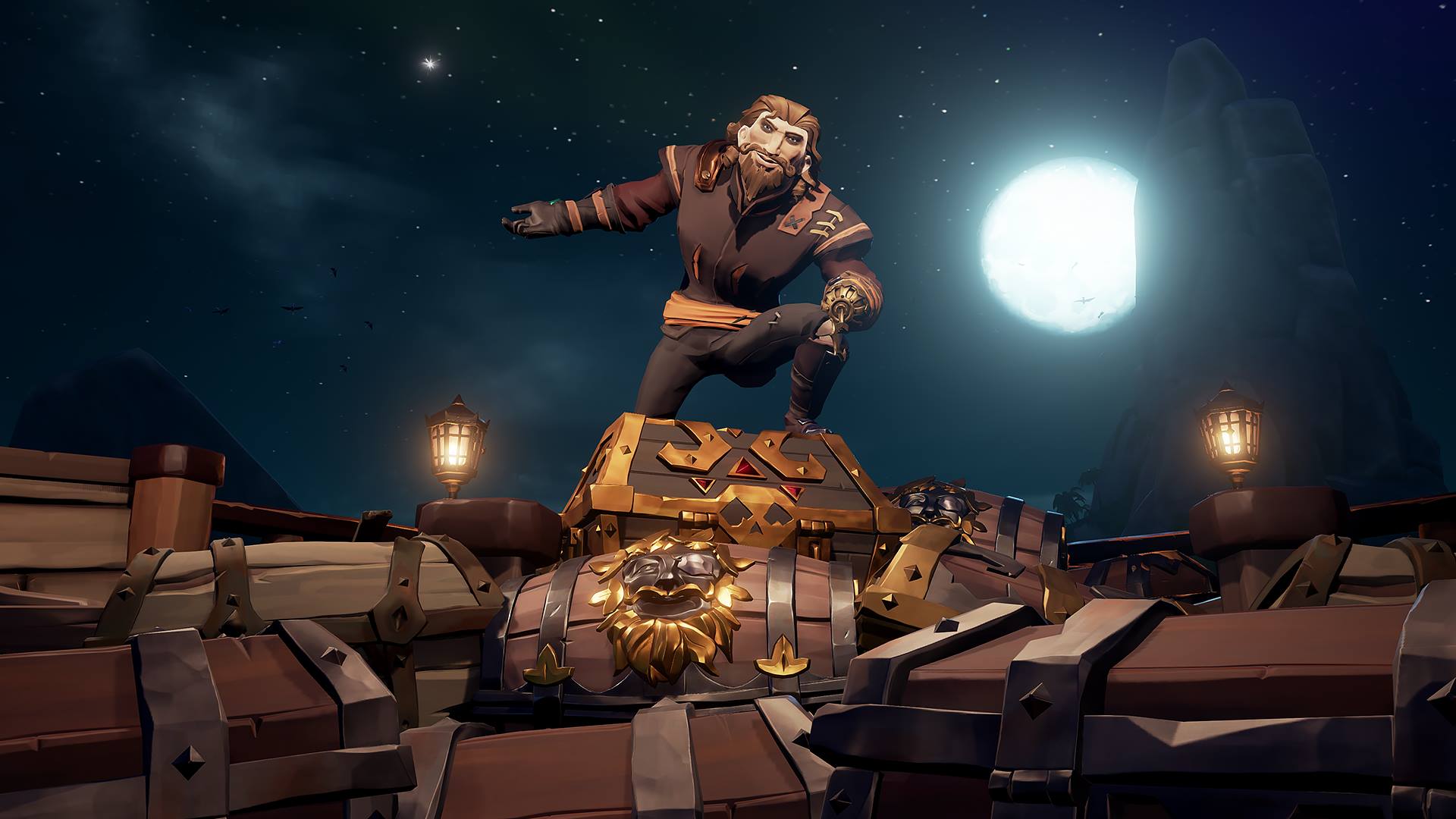 Where to sell chests in Sea of Thieves

One of the best ways to make money in Sea of Thieves is by selling chests. For those who might be new to Rare’s pirate title, working out where to sell chests can be a bit tough, as there’s a whole lot of ocean and dozens of islands. But if you know where to look and who to speak to, you’ll have your pockets lined with gold in no time.

Where to sell chests

There’s only one place to sell chests in Sea of Thieves: the Gold Hoarders. These gold-covered men are found on all of the Outposts dotted around the map and they’re more than willing to offer you some gold in exchange for a chest.

Once you’ve got your booty on your ship, look at the map and work out which Outpost is the closest. Set sail to the Outpost or even another one if it looks like another ship is nearby. When you arrive at the Outpost, look for a green tent – it will have a golden key icon on it. If you get lost, look for directions using the street signs. Follow the sign with the golden key.

Take your chest to the Gold Hoarder (his name will begin with the letter H) and, while holding the chest, press the “sell” button. Dropping the chest at his feet is not enough. If you managed to sell it, the chest will disappear from your hands and you will be awarded some gold and a bit of XP.

Nearly all types of chests can be sold to the Gold Hoarders. The only chests that aren’t sold to this trading company are Reaper’s Chests and Chests of Legends. These are sold to Duke and the Mysterious Stranger respectively.

The only types of chests that can be sold to multiple locations are Collector’s Chests. These Collector’s Chests are the only chests that can be opened in Sea of Thieves. These are often used to store quest items or to transport goods to and from your ship. So far, you can sell the Collector's Chests to the Gold Hoarders, Merchant Alliance, and Order of Souls for a handful of gold and XP. This is a great way to bump up your levels a little bit at the end of each play session.

Selling chests in Sea of Thieves is easy, just track down the Gold Hoarders’ tent and hand over the chest. The only challenge will be other players trying to get their hands on your booty. Be sure to sail over to the Shacknews Sea of Thieves guide and walkthrough for even more helpful articles!

How long to beat Doom Eternal: The Ancient Gods Part One

When does Call of Duty: Warzone Haunting of Verdansk end?