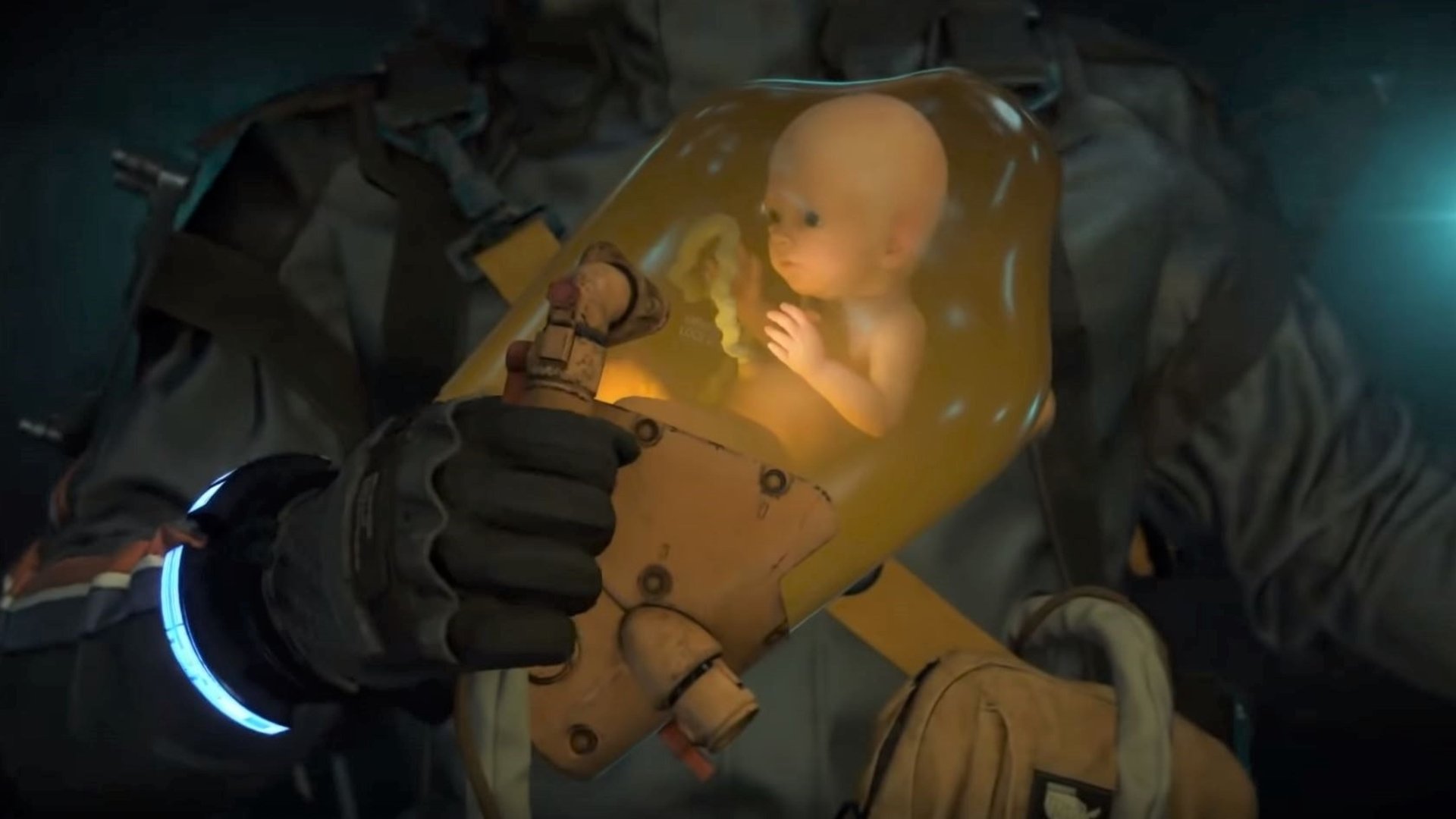 When does Sam get a BB Pod in Death Stranding?

Death Stranding is finally here, and players can dive into Sam Porter Bridge’s story right now. If you’re planning on jump in, though, you’re probably curious about quite a few things. In this guide, we’ll go over everything you need to know about the BB Pod, including when Sam gets one in Death Stranding.

Before we dive too deeply into this guide, we do want to mention that it will contain some spoilers for the early portions of the story. Continue reading at your own discretion.

When does Sam get a BB Pod in Death Stranding?

Though players come across a BB Pod (or Bridge Baby) early on in Death Stranding, some players might be wondering when they’ll actually get their own BB Pod in the story. We already know from the various trailers and marketing pieces that Sam will have his own BB Pod to work with, which means it’s only a matter of time until we get our hands on one, right?

Correct. Players will actually get their hands on their own BB Pod after they speak with the President of the United States after the first Voidout where you learn that Sam is a repatriate. Following the cutscenes, and Sam’s talk with the President, players will be tasked with delivering a corpse to an Incinerator in the mountains. Complete the objective and then Sam will find that Die-Hardman has placed the BB Pod that Igor was using in the cargo that needs to be incinerated.

Make sure you know how to pee in Death Stranding. Peeing is a great way to create weapons against the BTs, allowing Sam to fight back.

This is where Sam gets the BB Pod. While we won’t go into too many specifics, so as to avoid spoiling too much about the story, after you complete this mission and return to the city, the BB Pod will be calibrated to work with Sam better, allowing him to use it throughout the rest of the game.

Now that you know when Sam gets the BB Pod, head back over to our Death Stranding guide for more in-depth information and assistance.