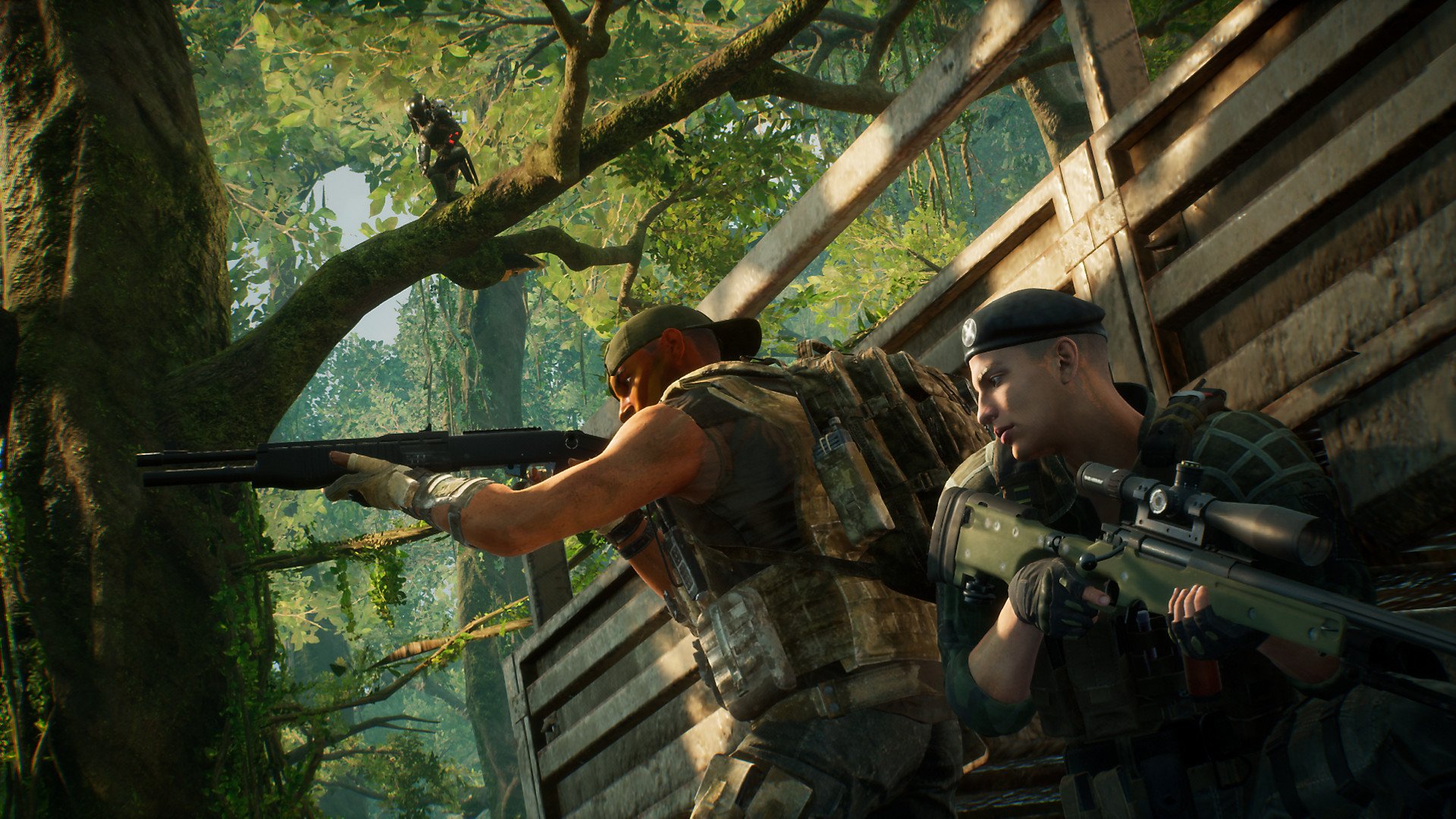 Predator: Hunting Grounds is a PlayStation 4 exclusive title from the team at IllFonic. This asymmetrical multiplayer experience pits a squad of humans against the ever-deadly Predator. We had the opportunity to speak with Charles Brungardt of IllFonic all about developing Predator: Hunting Grounds, working with Fox, and what their game means for the canonical universe. Please check out the interview below!

Now, the team is hard at work on bringing the Predator universe to PlayStation 4. Predator: Hunting Grounds uses a similar setup. One team of humans must outwit and survive against the deadly Predator.

The demo shown in the above video utilized a single map. This provided players with an opportunity to focus more on the abilities and how the game functions, as opposed to needing to learn multiple environments. Our own Ozzie Mejia was able to get some hands-on time with Predator: Hunting Grounds and found that it managed to capture the essence of the films.

It’s always interesting to see how developers tackle the one-versus-many problem. Evolve had a fresh take on the genre with its monsters while Dead by Daylight strikes a similar tone to Friday the 13th.

What sets Predator: Hunting Grounds apart is that the team has been working closely with 20th Century Fox. The massive film company has granted the team a whole lot of access. Not only is there a wealth of information, the team can also ask questions, a vital step in creating a game that stays true to the source material.

March PS Plus games include Final Fantasy 7 Remake on PS4, but it won't upgrade to PS5
Login / Register