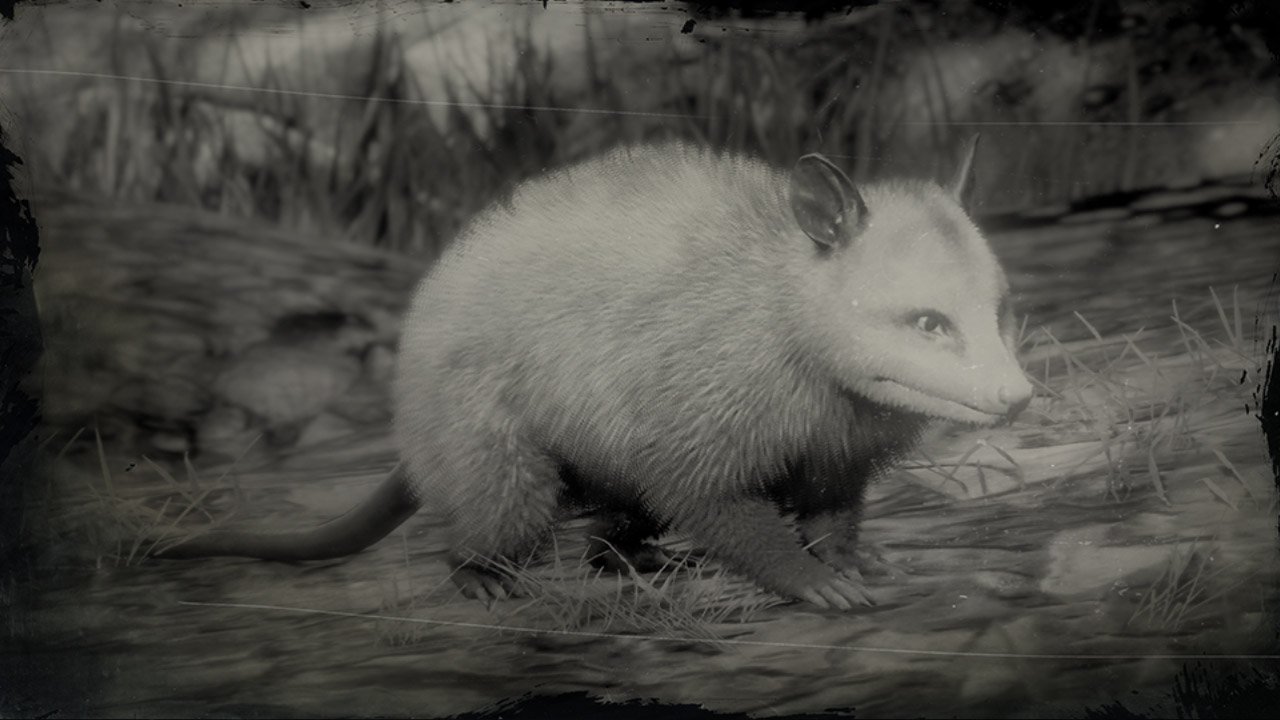 While it’s common to spot a Virginia Opossum all over the place, one spot I’ve found to be reliable is Riggs Station, not too far from the Dakota River. It’s south of Valentine, and only a few seconds away from one of the Trapper locations.

You can hunt the Virginia Opossum during the day or at night, and it will earn its name by playing dead as you approach it. This truthfully makes it a breeze to kill, which is best done with the Varmint Rifle if you’re going for that perfect specimen. I don’t even bother getting off my horse to hunt them at this location as they stand no chance of out running players. It’s also not important where you place your shot since the Virginia Opossum is too small to concern yourself with vital organs and shot integrity. If it’s playing dead, just take the headshot, dismount your horse, then pick it up and be on your way.

Should you find the Riggs Station lacking the Virginia Opossum, just leave for a bit and go about your day. Return the next time you’re in the area and you’ll find one sooner or later, although I had great luck and found one the first time I looked.

Now that you know where to find a Virginia Opossum, study up on the rest of the fun to be had as Arthur Morgan, loveable outlaw. We’ve been working on our Red Dead Redemption 2 guide and walkthrough for over a year, and it’s now filled with over 60 guides ranging from collectible locations to bear spawns.