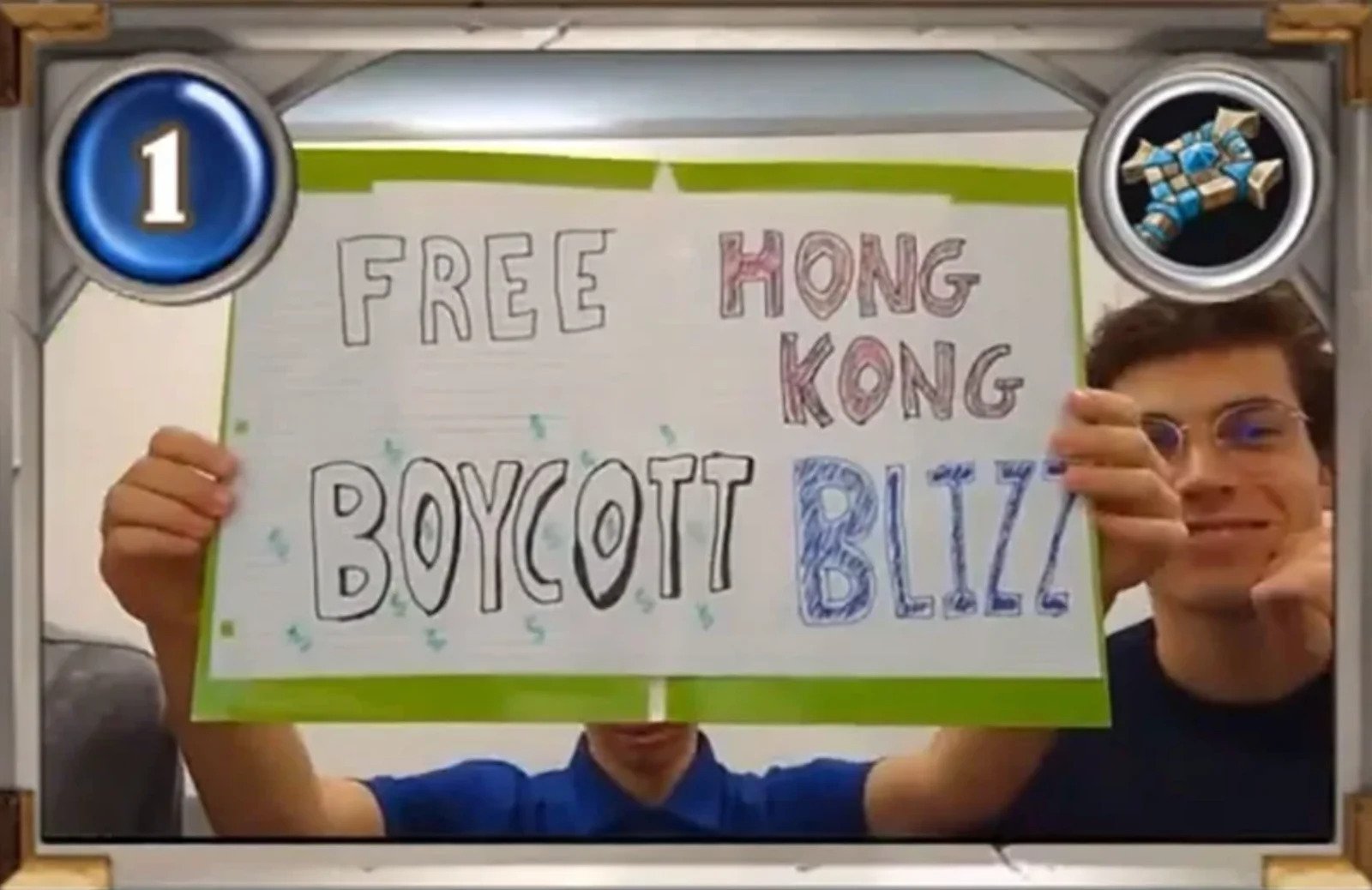 It's starting to reach a point where employees of Blizzard Entertainment probably don't want to hear the words "Hong Kong" anymore, but the company's higher-ups continue to mire themselves in controversy. In the wake of the ongoing blitzchung controversy, Blizzard has granted a collegiate Hearthstone team its wish and issued a six-month ban for speaking out in support of the people of Hong Kong.

Let's recap the controversy from the beginning. Pro Hearthstone player Chung "blitzchung" Ng Wai was suspended and had his prize money revoked for calling for the liberation of Hong Kong. There was immediate outcry over Blizzard putting the interests of China's government over principles of free speech. Many stood with blitzchung, from some of Blizzard's own employees over in the Irvine, CA campus, to pro Hearthstone players and commentators, to a collegiate Hearthstone team that used its interview time to also call for Hong Kong's freedom, as well as a Blizzard boycott. Blizzard had hoped not to step in it a second time and let American University's comments slide, but the university's players weren't letting them get off that easy. The university demanded a punishment equal to blitzchung's. After trying (and failing) to put out the other fires related to this controversy, Blizzard has responded and issued American University the ban it asked for.

Happy to announce the AU Hearthstone team received a six month ban from competition. While delayed I appreciate all players being treated equally and no one being above the rules. pic.twitter.com/mZStoF0e0t

Team member Casey Chambers confirmed on Twitter (via Kotaku) that American University has received a six-month ban from competitive collegiate Hearthstone. The punishment matches the reduced punishment that Blizzard handed out late Friday evening. This particular situation was a no-win situation for Blizzard. If it continued to let the American University actions slide, it would set a double standard. But now, they're once again in a position where they've essentially issued a ban over free speech.

No word on what American University's suspension means for the collegiate Hearthstone circuit going forward, but the blitzchung controversy is one that continues to haunt Blizzard and is not one that's going to die anytime soon. If anything, it's an issue that only stands to get more attention at BlizzCon in just a few weeks.