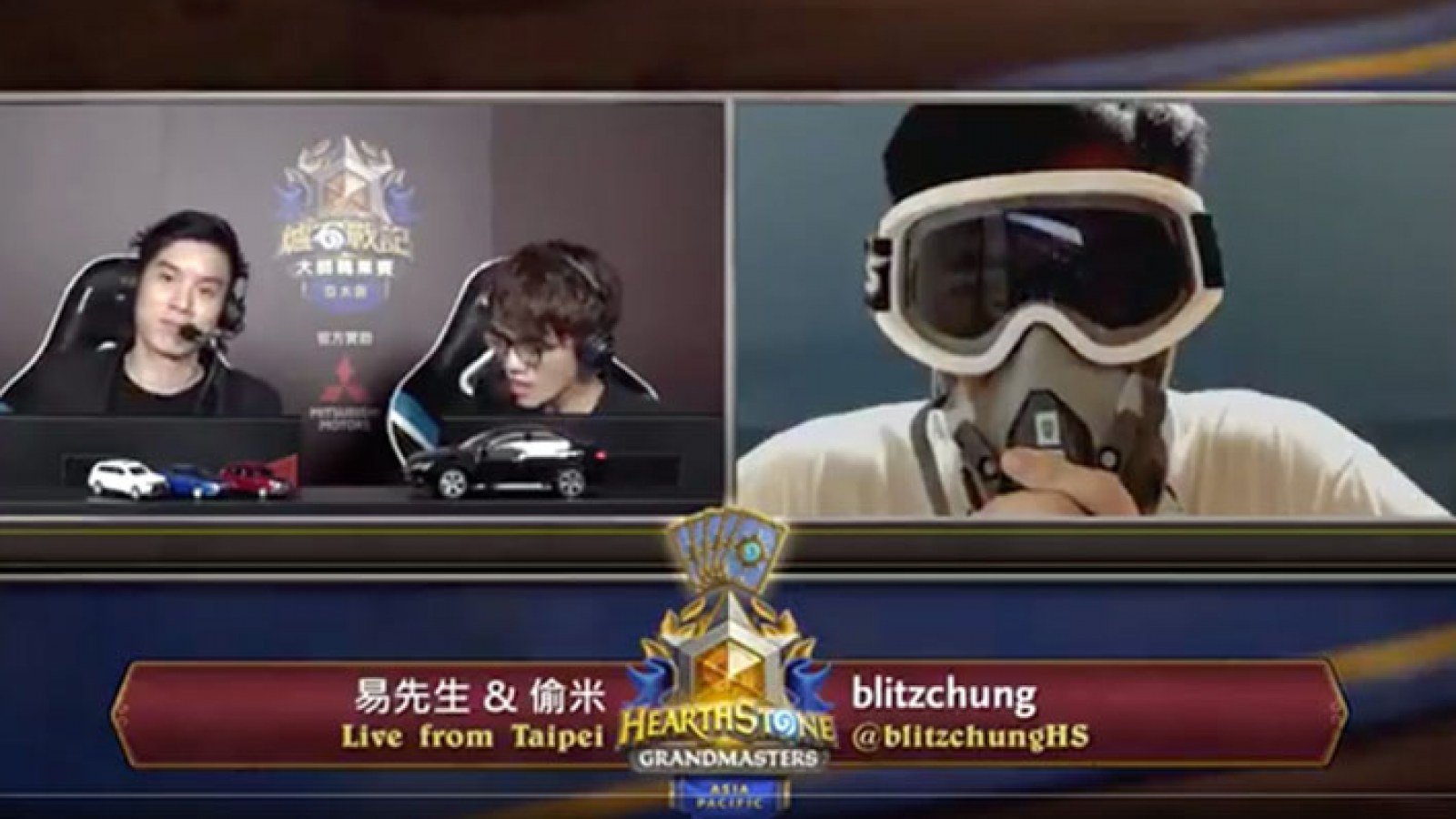 This has been a very long, miserable, no-good week for Blizzard Entertainment. Anyone who follows gaming even tangentially should know the story by now. Pro Hearthstone player blitzchung jumped onto a postgame interview, expressed his support for the people of Hong Kong, and was subsequently suspended with all of his prize money revoked. It was a move that many saw as Blizzard bowing down to pressure from China, valuing Chinese money over human rights and over their own customer values. Revolts have ensued, from numerous players uninstalling their Blizzard games to their own employees staging their own forms of protests. After this week that seemingly wouldn't end, Blizzard has finally issued a response.

In a lengthy statement issued to the Blizzard website, Blizzard Entertainment President J. Allen Brack announced that blitzchung's suspension would be cut in half. The publisher is also reversing course on his prize money, with Brack stating that blitzchung would receive all of his prize money that had been revoked in the wake of last weekend's events.

The blitzchung story has been the biggest gaming news of the week and the fallout has been felt widely throughout Blizzard. Employees in the Irvine office protested by covering up the "Think Globally" and "Every Voice Matters" plaques on the campus statues, pro Hearthstone casters Brian Kibler and Nathan "That's Admirable" Zamora both stepped down from their roles in the wake of last weekend's events, and other pro Hearthstone players like William "Amnesiac" Barton stood in solidarity with blitzchung and urged Blizzard to reconsider their actions.

However, Brack also defended the publisher's initial actions, stating that blitzchung's interview proved to be a disruption. He is likewise claiming that Chinese pressure had nothing to do with Blizzard's original punishment.

Part of Thinking Globally, Leading Responsibly, and Every Voice Matters is recognizing that we have players and fans in almost every country in the world. Our goal is to help players connect in areas of commonality, like their passion for our games, and create a sense of shared community.

"The specific views expressed by blitzchung were NOT a factor in the decision we made. I want to be clear: our relationships in China had no influence on our decision.

"We have these rules to keep the focus on the game and on the tournament to the benefit of a global audience, and that was the only consideration in the actions we took.

If this had been the opposing viewpoint delivered in the same divisive and deliberate way, we would have felt and acted the same."

While Blizzard's reversal of course regarding blitzchung's prize money is good to see, the principle of this whole story remains troubling. While Brack can claim that China's influence had no bearing on the publisher's initial actions, the evidence doesn't back that up. Blizzard has a deep tie to China through its various games and esports, including several teams that are active in the Overwatch League. To claim that China didn't play a single factor into a punishment over expressing solidarity for the people of Hong Kong sounds disingenuous, at best.

"One of our goals at Blizzard is to make sure that every player, everywhere in the world, regardless of political views, religious beliefs, race, gender, or any other consideration always feels safe and welcome both competing in and playing our games," Brack went on to say in his statement.

Whether Blizzard truly learns from this experience remains to be seen, especially as today's statement (particularly the lateness of it) will likely not dissuade planned protests at Blizzcon in just a few weeks.