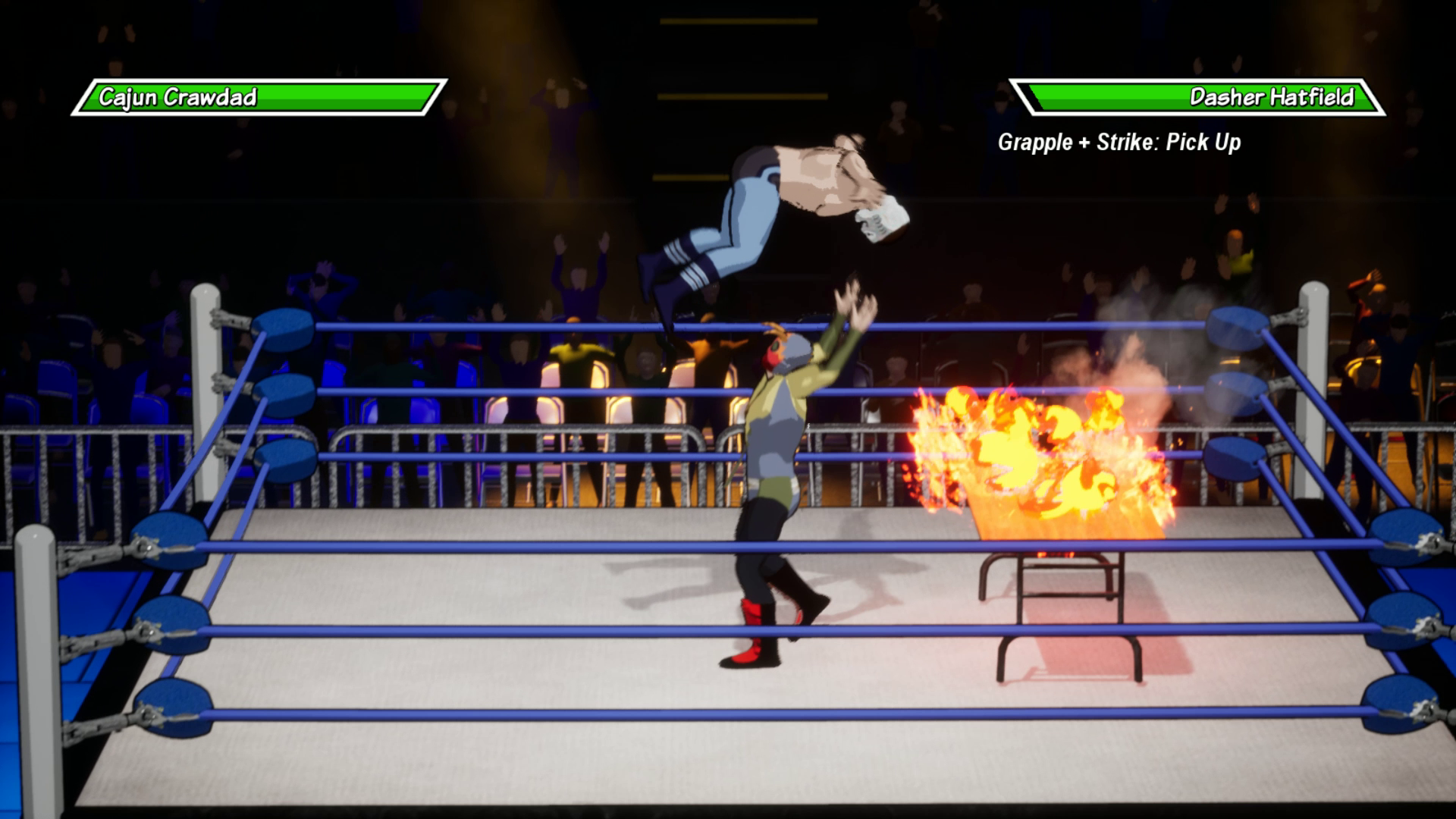 For years, WWE has been at the forefront of the professional wrestling scene. It's the billion-dollar enterprise and, for many aspiring wrestlers sports entertainers, it's the top of the mountain. However, it's naive to think that they're the only place to find sports entertainment professional wrestling. Some of the country's independent promotions have operated for many years, acting as an early home to some of today's most recognizable stars. Among them is CHIKARA, an American wrestling promotion founded in 2002 that specializes in American-style lucha libre. And in one of the more surprising announcements to come this year, the CHIKARA video game (long in development) is just days away from release.

Titled CHIKARA: Action Arcade Wrestling, this wrestling game is a labor of love, created by VICO Game Studio, a two-person development team comprised of executive producer Dave Horn and lead programmer/producer Eugene Tchoukhrov. The two had initially started out creating a generic, unlicensed arcade-style wrestling game. Tchoukhrov, in particular, worked many hours on the game. Afflicted with cerebral palsy, Tchoukhrov worked from his home in San Diego, just a few miles from this year's TwitchCon. His personal story is covered in great detail by the team at AbleGamers. CHIKARA had become aware of their work, reached out to the duo, and the rest is history. Now an officially licensed product, CHIKARA: Action Arcade Wrestling looks to cement itself as a popular, renegade wrestling alternative to the WWE 2K product. To learn more, Shacknews made the journey to TwitchCon and gave it a try.

CHIKARA's gameplay is largely inspired by wrestling games of yore, like WWF No Mercy or WCW/nWo Revenge, in that it's largely a two-button system. There's one button for strikes and one button to grapple. You can hit your opponent with strikes to make them more receptive to the grapple. Strong and weak grapples, along with a combination of four directions and the strike button, can lead to different moves, each suited to the various selection of wrestlers. There is a dedicated run button to help mix up the offense even further, not only allowing for moves like running boots or clotheslines, but also moves to the outside of the ring, like planchas and topes.

While a lot of that sounds like traditional wrestling game fare, it wouldn't really be the out-there world of CHIKARA if there wasn't something a little bit different. Players will occasionally find power-ups that can offer temporary stat boosts or special moves. These can not only add to the player's offensive output, but can also save a pinch, offering a guaranteed kickout if another player attempts to pin them after their health bar is depleted. CHIKARA is also tossing in a lot of tornado tag-team lucha madness, including a six-player tornado version of the promotion's legendary King of Trios tournament, as well as some of wrestling's crazier elements, like flaming tables.

CHIKARA's roster will satisfy long-time fans of the promotion, as well as non-wrestling fans looking to find their own unique favorites. Over 30 CHIKARA stars will be playable, each with their own distinct look, their own offense, and their own flashy finishers, all faithfully re-created. I got great satisfaction out of picking up Hallowicked and finishing my opponent with the Go 2 Sleepy Hollow.

Given CHIKARA's love of flash and flare, VICO Game Studio is naturally offering an expansive custom character creator. This is where players are given hundreds of tools to create their own eye-catching outfits. Players can put forward numerous different body types and select from hundreds of accessories before equipping them with the various moves featured in the game. For those who solely get into wrestling games for the creation aspect, there's good news for them. The CHIKARA: AAW Wrestle Factory creation suite is available separately and is free to download on Steam right now.