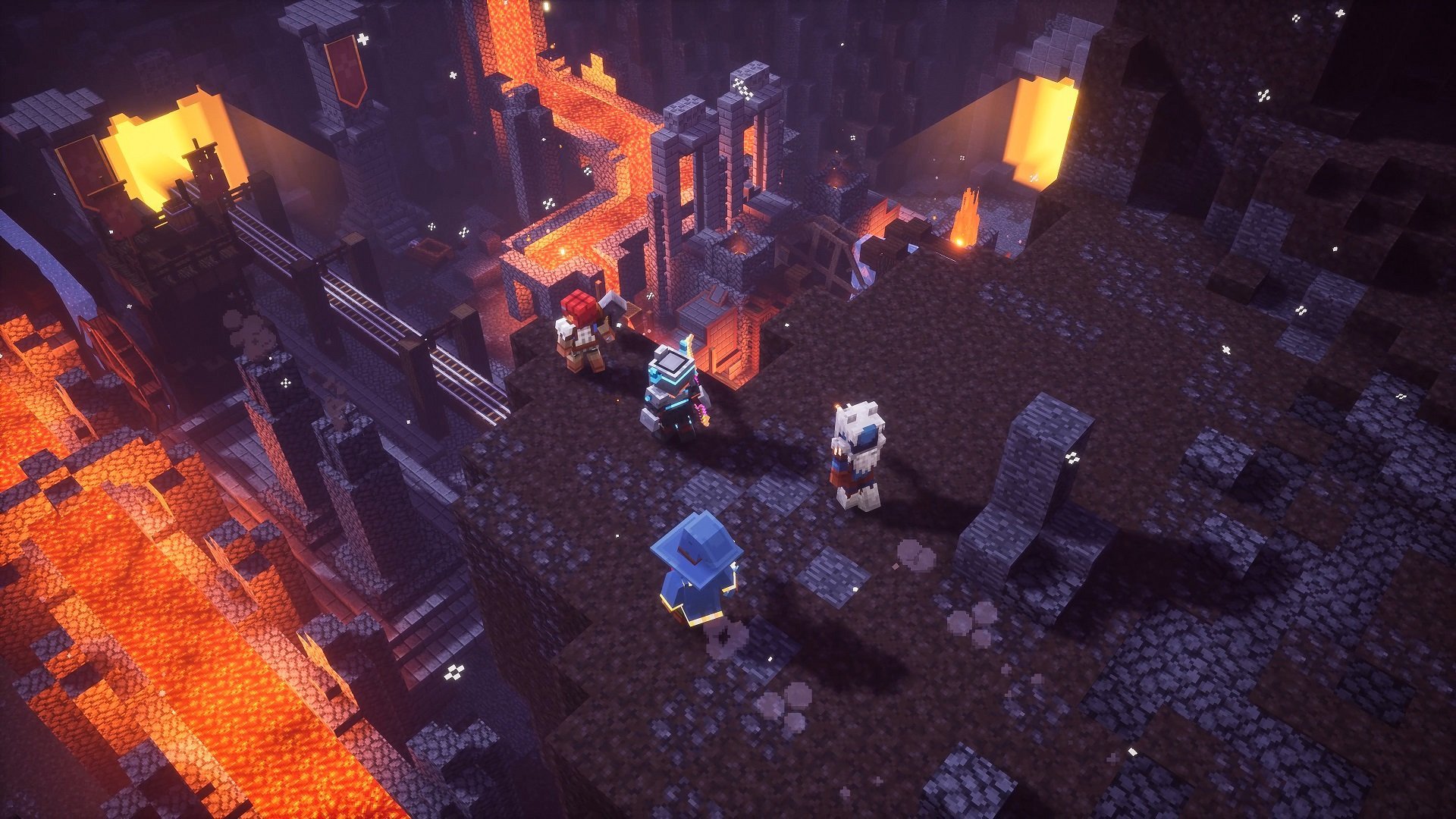 The MINECON Live 2019 opening keynote offered up information on the future of all things Minecraft and that includes all-new Minecraft spin-offs. Of course, that meant revealing some more about Minecraft Dungeons. On Saturday, Mojang revealed some new gameplay footage for their blocky dungeon crawler, along with the game's opening cinematic.

The opening cinematic revealed the origins of the Minecraft Dungeons main villain, The Arch Illager. The Arch Illager started off life as a lowly illager, banished by his clan, until he found an artifact of immeasurable power, the Orb of Dominance. While it's not meant for mortal hands, the villager reached out and picked it up, becoming wholly warped by its power. Now he has become the Arch Illager and is now out for vengeance against the entire world.

This segued into new gameplay footage, as the team of four players ventured to a new stage to free captive villagers. The action looked fast and intense, as mob numbers grew to wild, near uncontrollable levels. Viewers got to check out some of the new class abilities, along with various items that they'll encounter over the course of their playthroughs.

Minecraft Dungeons is months away from release, still set for a Spring 2020 arrival. It's set to arrive on PC, PlayStation 4, Xbox One (as well as Xbox Game Pass), and Nintendo Switch. For more on what this game entails, you're going to watch to check out our E3 2019 preview.