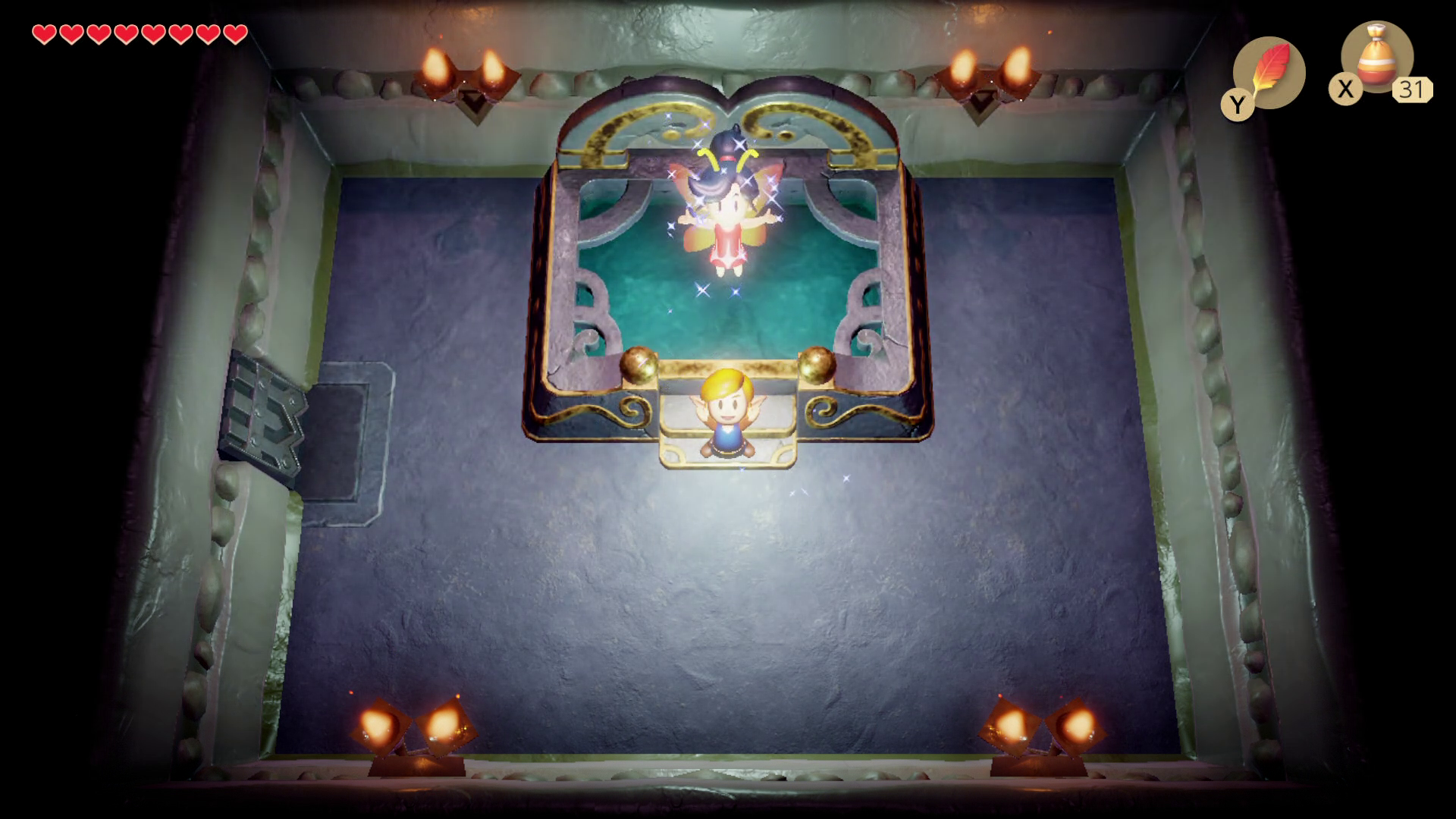 Where to find the Color Dungeon - Link's Awakening

Shacknews is here to offer some assistance on finding the Color Dungeon. Trust us. It'll be worth your while.

Where to find the Color Dungeon - Link's Awakening

It takes some effort to find the Color Dungeon, because the solution isn't obvious on its face. The library in Mabe Village contains several books that help Link get started on his adventure. However, there's one book that's sitting high atop a bookshelf. It's not accessible right away, so you're going to have to come back.

Complete the Key Cavern dungeon, making sure to best Slime Eye in the process. This dungeon contains the Pegasus Boots, the item that allows Link to use a dash attack. The Pegasus Boots will prove to be a valuable tool throughout the remainder of the game, but first thing's first. Take yourself back over to the Mabe Village library. Now you can dash right into the bookshelf and knock down the book that's sitting on top.

The book contains an enigmatic sequence, along with a hint that what Link seeks is in the Graveyard. Walk over to the Graveyard. It's located just east of the Witch's hut where you picked up the Magic Powder and south of Dampe's Shack. You'll see four sets of graves, but only the bottom-right corner has a series of five graves. This is where you're going to want to get to work.

Ghosts will float around and they'll inflict some heavy damage, but just grin and bear it, because the final result is worth it. If you push the graves in the correct order, a staircase will appear underneath the final grave. This is the entrance to the Color Dungeon.

Your efforts in the Color Dungeon will be worth your time, as the final reward is a choice between red or blue mail. The red mail increases Link's power, while the blue mail increases Link's defense. You'll also unlock the Color Dungeon rooms for the Chamber Dungeon editor. We'll have more tips, advice, and tricks for Link's Awakening in the days ahead. Keep it on Shacknews for all the latest guides and content.

How to unlock agents in Valorant