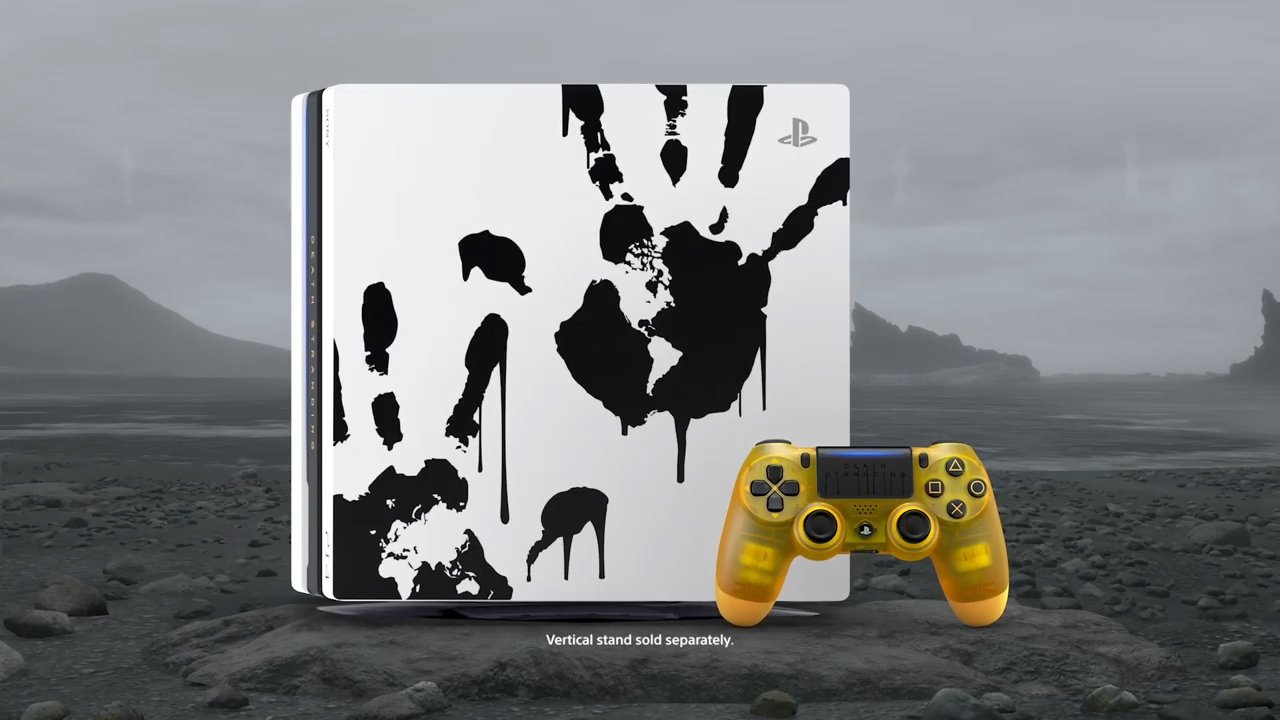 If you thought that this November couldn’t get any hotter then PlayStation is looking to prove you wrong. During today’s Sony State of Play, the console creator revealed a special Limited Edition Death Stranding PS4 Pro bundle that features a hauntingly beautiful console.

The Limited Edition Death Stranding PS4 Pro bundle is currently set to launch at the same time as the game and will include a 1TB PS4 Pro system, with a special Death Stranding design featuring a white backdrop with two black “BT” handprints on it. Handprints like what we’ve seen appear in the trailers for the game. The controller included will feature a hazy, translucent orange coloring that mirrors the design of the BB pod in-game. Finally, the bundle will launch with an included copy of Death Stranding, which means you won’t have to purchase outside of the pack to play the game.

This Limited Edition version of Sony’s PlayStation 4 Pro console will launch at select US and Canadian retailers for $399.99 USD and $499.99 CAD on November 8, 2019—the same day that Death Stranding is set to release on PlayStation 4.

We’ve included a trailer for the new Limited Edition Death Stranding PS4 Pro above, so make sure you check it out to see what it looks like for yourself. We’re definitely interested in the haunting design that PlayStation has created here, and it will be intriguing to see where Death Stranding takes players when Kojima’s latest project releases this fall.

For now, we’ll continue to keep an eye on all things Death Stranding. You can even head back over to our Death Stranding hub for all the latest news and our own insights into the game itself. You can also check out the other announcements from the latest Sony State of Play, which include a release date for The Last of Us 2 and even more details about Call of Duty: Modern Warfare.