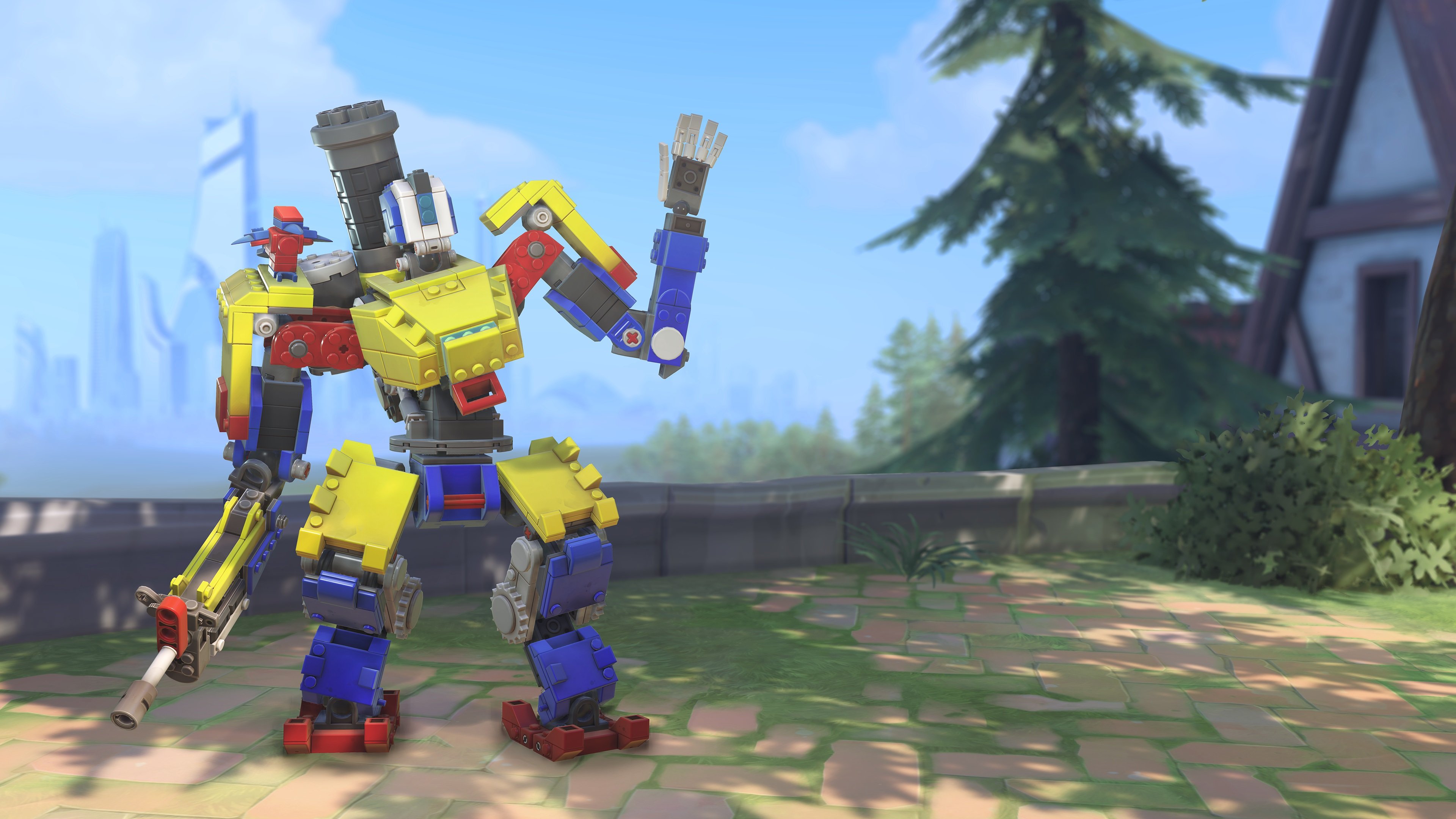 Ever since LEGO started releasing its Overwatch line, Overwatch fans have had a chance to check out the world of Blizzard's shooter through a more whimsical lens. LEGO builders could put together re-creations of familiar Overwatch maps or build larger versions of some of their favorite Overwatch characters, with Bastion being one of the most prevalent examples. Now Blizzard is about to cross some streams by opening the door to bring a more toy-like Bastion to the main Overwatch game.

On Tuesday, Blizzard announced the start of Bastion's Brick Challenge, an event centered specifically around the precocious killing machine. Starting today, players can work to earn five sprays, six player icons, and a legendary Bastion skin that looks like it was pulled right out of the toy shelf. The Brick Bastion skin will appeal to LEGO builders, in particular, as it gives him less of a chrome and metal appearance and more of a toy brick exterior.

Players can jump right into Bastion's Brick Challenge by playing Quick Play, Competitive Play, or Arcade matches. Winning three games will unlock two special player icons, winning six games will unlock two sprays, and winning nine games will unlock the LEGO-style Brick Bastion skin. That only leaves four player icons and three sprays to unlock and those can be picked up by watching some of Blizzard's favorite Overwatch streamers on Twitch for up to six hours. Every two hours, you'll pick up some special Twitch Drops to help you complete your Bastion cosmetics collection. Find the list of streamers on the Overwatch website.

Bastion's Brick Challenge won't last forever. In fact, you'll only have two weeks to earn your Bastion-related rewards. Bastion's Brick Challenge runs from now through September 30, so jump onto your PC, PlayStation 4, or Xbox One and get started. Not your Nintendo Switch, though. That version isn't out just yet. And if you're curious about an actual LEGO Bastion, be sure to visit the LEGO website and check it out!