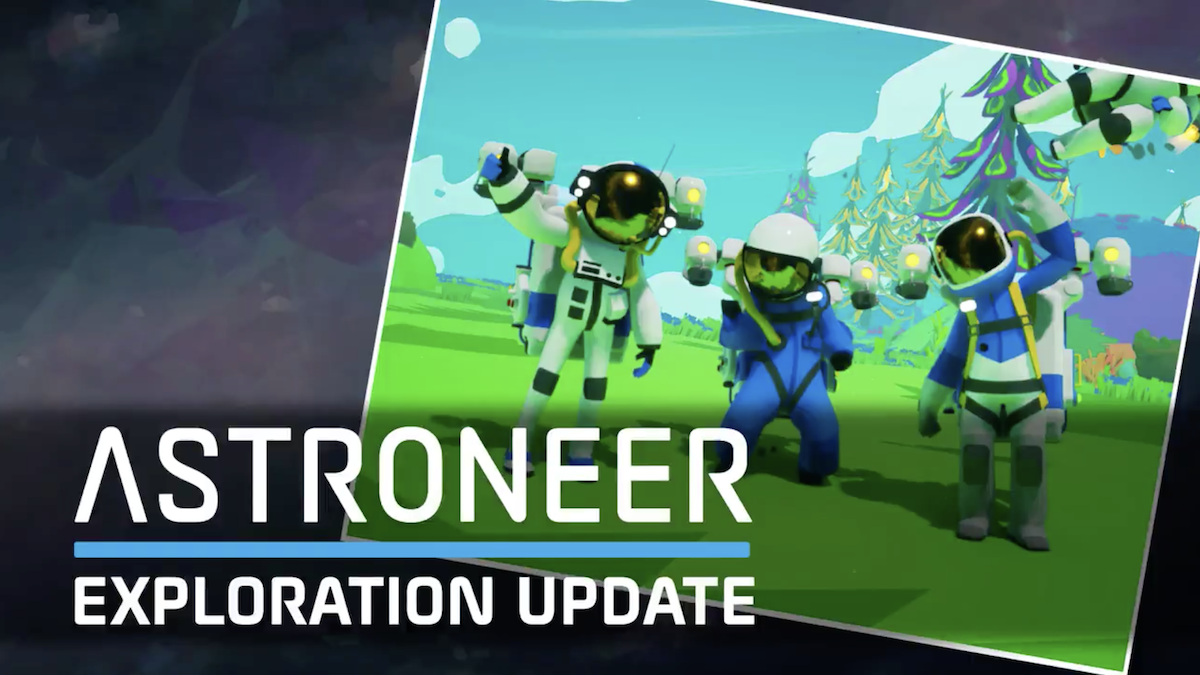 The folks at System Era Softworks have been busy, and the new Astroneer Exploration Update is now live. The game was missing something at launch; jetpacks! The devs have fixed this glaring flaw in gameplay with the latest Astroneer patch. Please take a look at the first gameplay preview of the new jetpacks in action.

The Exploration Update is live! 🚀🚀

Use the new Jet Pack or Jump Jet to take your exploration to new heights! pic.twitter.com/8tVfRcaijA

The System Era Softworks developers also announced that Astroneer will be coming to PS4 later this year. This is a huge deal for players who have not picked up the game on PC or Xbox yet, but it leaves Nintendo Switch owners waiting for some sign of hope. System Era is not the biggest team, so it makes sense for them to bring Astroneer to the largest addressable console market on PS4. Astroneer is also available on Xbox Game Pass.

We tracked down System Era Softworks Head of Communications Joe Tirado at PAX West 2019 to get to the bottom of this whole Astroneer on Switch thing, so keep it locked on Shacknews for that interview. It does seem like the main reason the game isn't on Switch is that Joe Tirado knows how much I want it to happen. Hit him up on Twitter to voice your displeasure. I will take this addition of jetpacks to the game as a sign of good faith that the dev team over there is still listening to me.

Astroneer is out now on Steam, and Xbox One. If you haven't played the game, or are on the fence, check out our Astroneer review. Head over to the PlayStation Store to pick up the game or add it to your wish list. The Astroneer Exploration Update is out now, and is just another free improvement brought to players from the hard-working System Era Softworks developers in Seattle.