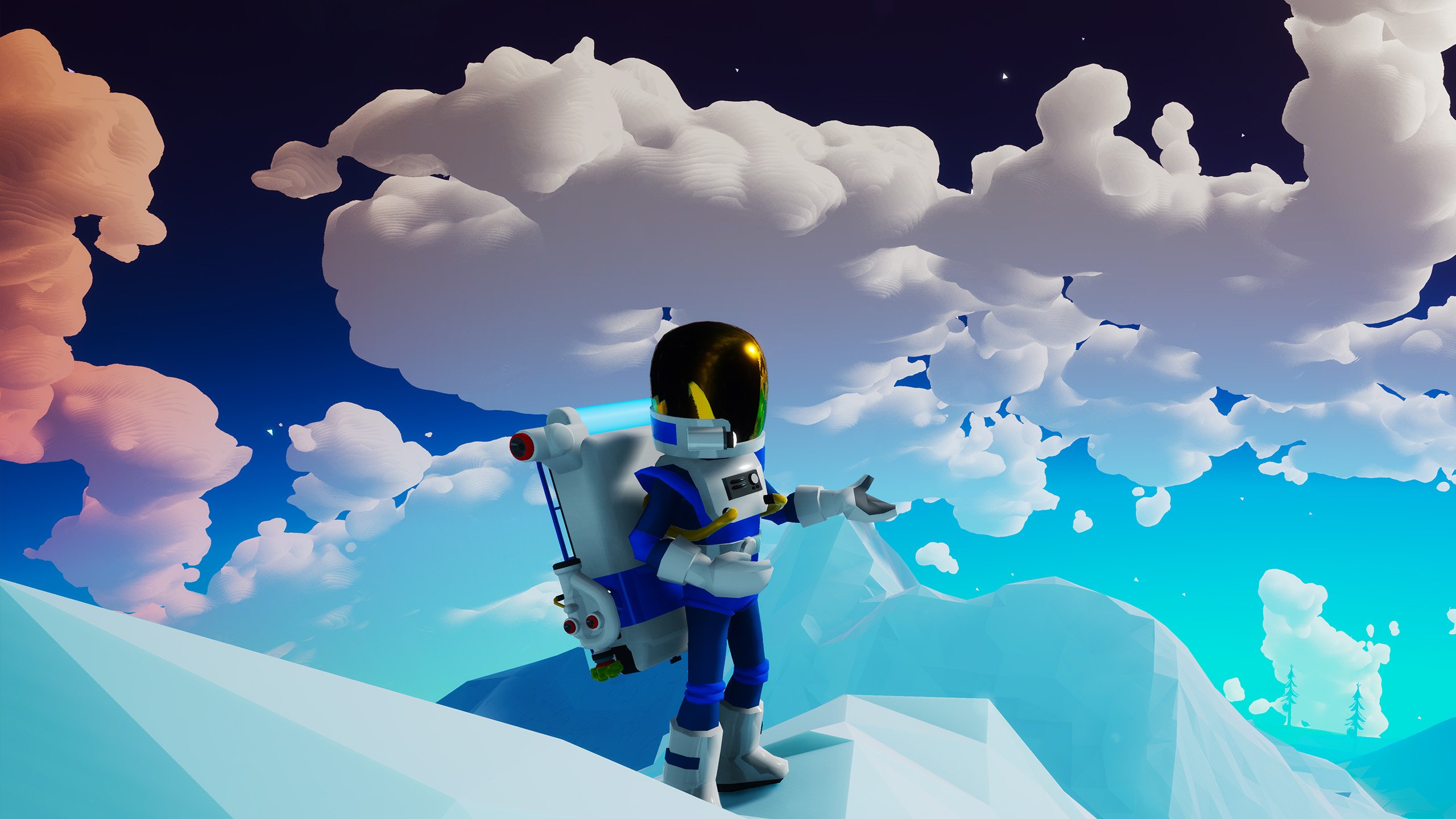 There’s a fine line between smothering and chill when it comes to games that mix exploration, resource management, and base building with a dab of survival. Astroneer manages to walk that line, allowing players to spend most of their time on the things that make it fun, and almost no time worrying about status bars.

After more than two years in early access, System Era Softworks are ready to move to the 1.0 stage. As someone who has played their share of Astroneer in the past, the full release has seen the few concerns I had mostly addressed and left me with a high opinion of this sandbox adventure game, although it isn’t without the odd hiccup.

Astroneer begins with players landing their ship on a strange planet. When you emerge from your pod, you’ll find a small care package to get you started. After opening it, the next step is generally to use the deformation tool to gather a resource called Compound. Compound can be used to craft Tethers, and Tethers can be used to connect players to their base’s oxygen supply. These form the lifeline that make all other exploration and resource gathering possible. As the network of Tethers grows, so does your ability to explore further and gather rarer resources, enabling more complex crafting options, eventually leading to the ability to leave a planet to explore one of the six others.

That’s not to say the only goal is to hop from one planet to the next. The goal is whatever you make it. If you’re enjoying building and exploring where you are, keep at it. If you see a mountain you don’t like, remove it. If you want to dig to the center of a planet and see what’s there, happy tunneling. No part of a planet is beyond your influence, and what you can build or accomplish is limited only by your imagination and commitment to the cause.

Astroneer may be a relaxing experience, but it’s not without its grind. How easily you find resources is often random, so it’s not uncommon to be a single step away from crafting your next shuttle or rover, only to find yourself digging for the missing resource for what seems like an eternity. This is where the game shines as a co-op experience. Besides the obvious social benefit of playing games with friends, splitting the work between a few different people can help reduce that grind substantially.

The co-op in Astroneer is handled well in 1.0, with no hint of the connection problems that I experienced during its early access days. People were able to freely drop in or out of my game. When they left, I continued to progress, and when they returned, they were able to pick up where I currently was. Starting a game with friends doesn’t tie your save to them for eternity and starting one without them doesn’t exclude them from joining.

While end-game activities in Astroneer could be a grind, there’s an ease to the crafting and base building mechanics that flows with the tone of the overall experience. Each component snaps together in a way that resembles a Lego crafting system, and the flow of power through your base is represented by sharp little animations that mean less time in menus and more time puttering about placing and arranging the various components.

While things generally flow well and operate smoothly, there’s the odd bug, like looping sounds or missing mods on the deformation tool when logging back in, but nothing game breaking. The biggest issue for me is being forced to choose between borderless window or window for my screen. There is no full screen option. My cursor often wanders to my second monitor and gets me all out of sorts, but the more I play the less it happens. Still, I’m not sure why there isn’t a full screen for Astroneer. That seems like a standard feature for a PC game releasing in 2019.

Visually speaking, Astroneer is a stunning game with vibrant colors that draw you in. It helps that whatever you see on the planet you can interact with. Every mountain or hilltop is a potential resource pool and, in 1.0, mysterious structures have appeared that demand exploration and understanding, giving you a goal you didn’t realize you had. A co-op partner of mine spotted one of these structures and half joked that if they didn’t know better, they would think they were hallucinating. This prompted me to cut short whatever mining expedition I was on to see what all the fuss was about.

Astroneer also boasts very cool ambient, chill electronic music and soundscapes, although it makes me sleepy and I’ve had to turn it off. Part of me wants to say it’s one of the cooler soundtracks I’ve heard in recent memory, but if I listen to it for too long, I’m crushing coffee to keep from nodding off. The game certainly doesn’t feel empty without music, though, and I’ve found the in-game sounds hold up nicely by themselves.

Originally, I figured Astroneer would be a game I played for a few sessions before moving on, but the more time I spend with it the more I view it as a staple in my library. A game that I can call on when I’m looking for something relaxing that allows me to build and create. Something I can walk away from and come back to at my convenience and not feel like I’m missing out. It provides an experience that is generally therapeutic and almost never stressful. It’s not a perfect game, but it’s the kind of game that could be perfect for certain situations or groups of gamers looking for their next adventure.

This review is based on a PC download code provided by the publisher.