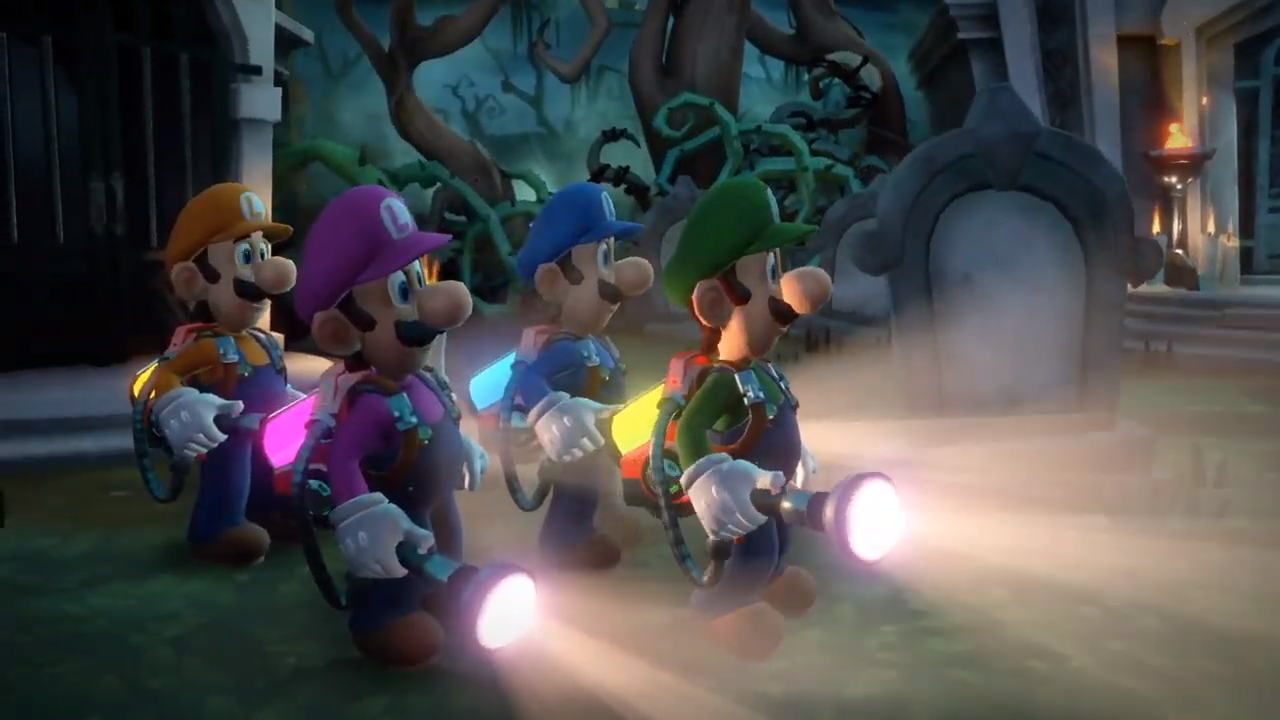 Wednesday's Nintendo Direct took a closer look at Luigi's Mansion 3. The haunted hotel that Luigi's browsing appears to be have more environments than its exterior appears to let on. But on top of revealing a handful of new stages, Nintendo had an extra surprise to show off.

Nintendo also revealed a new party mode called ScreamPark. This is a special local multiplayer mode for two to eight players, with two teams competing in various party modes. There's a team of Luigis and a team of Gooigis. The Luigis and Gooigis must compete to bust the most ghosts. They can also compete to collect the most coins or break the most targets. ScreamPark will not be playable online, so if you want to jump in with eight players, you're going to need a lot of Joy-Cons.

As for the various floors contained within the Luigi's Mansion 3 single-player mode, expect to find the unexpected. The Tomb Suites take Luigi into an Egyptian-themed room filled with mummies and flowing sand. The Dance Hall will see Luigi looking to match wits with a throwback 70s DJ ghost, along with his gang of disco dancing specters. The Spectral Catch will take Luigi into a pirate-themed restaurant, which contains a ghostly ship filled with ghost sharks and a creepy mouth looking to swallow Luigi straight into the deck.

Luigi's Mansion 3 is not far away from its release date. Look for it to arrive on October 31. If you need first-hand impressions of this first-party effort, be sure to catch up on our hands-on preview from E3 2019. And stay tuned, because Shacknews also got to check out newer Luigi's Mansion 3 footage from PAX West. We'll have our impressions on those coming to the Shackcast, the official Shacknews podcast, very soon, so don't miss it!