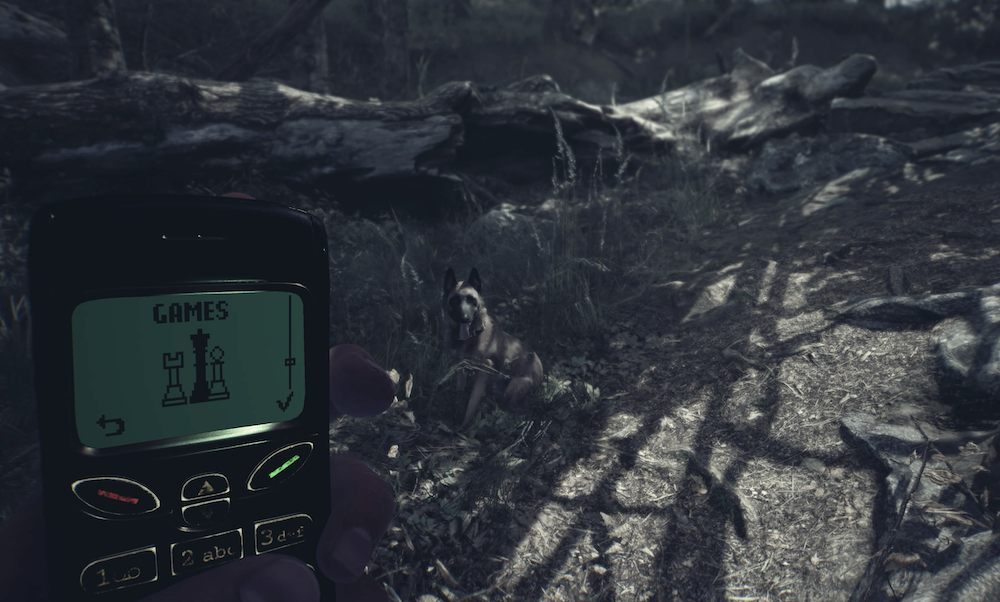 How to play mini games on your phone in Blair Witch

Blair Witch isn't all about spooky, scary forest-dwelling creatures and strange happenings. There's a lot of intriguing, fun surprises hiding around every corner, from the realistic replica of your candy bar cell phone to the fact that you can call the people in your contacts list. But did you know you could play a couple of nostalgic, throwback games on the same phone in-game? It's super easy to play mini games on your phone in Blair Witch, and we've got a quick rundown of what's on offer and what you need to do to be able to participate.

You can play two different games on your phone, both of which include retro cell phone games like Cobra Masters (Snake) or Shooter Deluxe (Space Invaders). Yes, before the mobile phone industry gave way to free-to-play titles here and there, we were relegated to pixelated, simplistic games in grayscale on our candy bar phones. It was a simpler time, and we all spent plenty of time trying to beat our own high scores before a friend or family member topped it.

Blair Witch helps bring back the nostalgia of those days gone by including these fun Easter eggs, which are available from the start of the game when you can access your cell phone.

How to play mini games on your phone in Blair Witch

To play mini games on your phone, just bring your phone up from the radial menu using RB. Select the phone. Once you've brought your phone up, you'll need to use the old-school menu on your Nokia lookalike to open the Games menu, which has an icon of some chess pieces below the word "Games." From there, just select Cobra Master (Snake) or Shooter Deluxe (Space Invaders).

Blair Witch's take on the old-school game is noticeably more difficult than the one you may have spent hours trying to master in the '90s and early 2000s, so don't be surprised if Cobra Master wipes the floor with you instead of the other way around at first. Practice makes perfect, obviously.

Shooter Deluxe is essentially a Space Invaders clone that lets you shoot down the enemy aliens with your tiny little space ship. It's a little hard to see, even with a larger screen, but it's the same Space Invaders you likely know and love. Just shoot at the advancing aliens as they come barreling down from the top of the screen and don't let them destroy all of your bases. Pretty standard stuff.

Both of the games are pretty fun to play as little time-wasters, especially if you're needing a break from being scared around every corner. Be sure to check out the rest of our Blair Witch coverage for assistance with getting through some of the bizarre, creepy things happening in the outskirts of Burkittsville, Maryland.