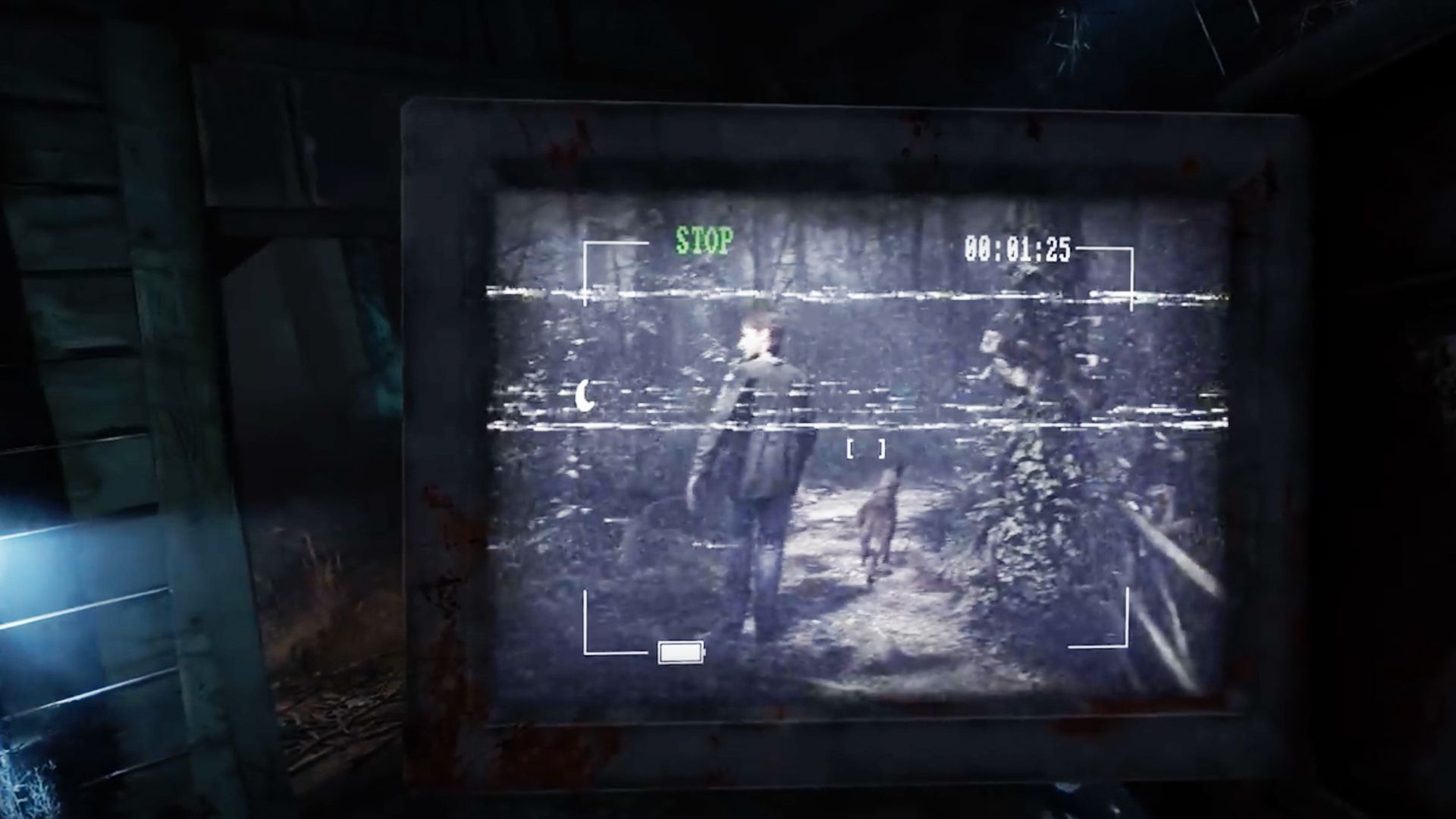 Just how scary is the Blair Witch game?

Blair Witch is one of the biggest horror releases of the fall gaming season (we already got Resident Evil 2 Remake earlier this year), and as such you're probably wondering where it stacks up in terms of how spine-tingling and pants-wetting it can potentially be. Just how scary is Blair Witch, anyway? Is it scary at all? It's a valid question – too many games these day flaunt their horror tropes, but end up disappointing. By the same token, you don't want to jump into a game you don't think you can handle. If you're wondering how scary the Blair Witch game really is, we've got you covered.

How scary is Blair Witch?

Blair Witch may be unrelated to the classic The Blair Witch Project from the '90s, but it still draws plenty from the franchise's lore. Set in 1996, you play as former police officer Ellis, who's searching for a young boy who went missing in the Black Hills Forest in Burkittsville, Maryland. This forest is the very same one the indie filmmakers found themselves terrorized in by someone (or something), and you get to share that same experience in the game. That means if you found the movie scary, you probably will find the game as such too.

As Ellis enters the Black Hills Forest in search of the boy, he's got his faithful canine companion Bullet by his side. Bullet can help alert Ellis to oncoming threats, but isn't affected by the supernatural bullies coming to harass the duo throughout the forest. It can be tense, exploring the inky black of the forest with Bullet, especially since he doesn't really start barking or interacting with you unless he senses something malevolent in the area.

In comparison to Bloober Team's other titles, both Layers of Fear and Layers of Fear 2 as well as Observer, Blair Witch is actually a lot less terrifying in many ways, oddly enough. But what it lacks in general fear, it makes up for with frustrating darkness, lights that aren't ever bright enough for you to see in front of you with these segments, and unsatisfying combat.

There are plenty of jump scares littered throughout the game, but they never truly come at moments when you aren't expecting them. You're always ready to jump at a moment's notice thanks to the tense atmosphere, and as such the twig monsters, as I like to call them, do tend to jump out at you here and there.

If you're squeamish, there are other things to look out for, such as dead bodies, mutilated animals, and other gruesome sights. This may be enough to turn you off of the game, but in many respects the game is more tame than most horror movies on the cinema circuit these days (excluding bombs like the Annabelle series and whatnot). There's also a particularly chilling character named Carver who looks like a walking ghillie suit who makes you come into contact with some pretty stomach-turning sights, like a man who got into a fight with a table saw and lost.

Generally, however, most of your time is spend creeping about in the dark with only a flashlight or camera with night vision to guide you. If that sounds like it might get your heart pumping and your breath a little more shallow, it's our recommendation to skip it or play with the lights on. Otherwise, most players will likely find themselves getting more annoyed throughout the game than legitimately scared.

With all this in mind about how potentially frightening Blair Witch can be, are you still up to the task? If so, be sure to head on over and check out the rest of our coverage – that is, if you aren't a 'fraidy cat. Even if you are, you might appreciate a bit of help here and there! Be sure to check out the rest of our Blair Witch coverage if you find yourself a little lost here and there.

How to link your Ubisoft Uplay account to Twitch
Login / Register