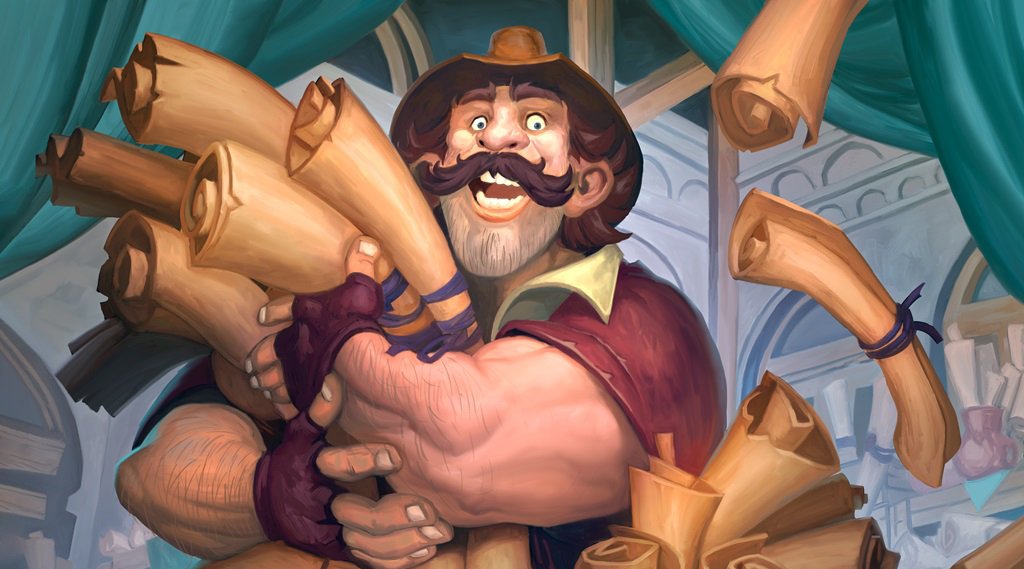 Are you looking to explore the deserts of Uldum as part of Hearthstone's latest expansion? Do you also happen to have a little bit of disposable income on you? If so, you might be looking to jump into another discounted Hearthstone bundle and fortunately for you, would-be explorer, that bundle has arrived. On Tuesday, Blizzard unveiled a special 20-pack Hearthstone Explorer Bundle that will not only offer packs at a significantly lower average price, but also offer an additional Legendary card to boot.

The bundle is being offered for $19.99, which averages out to $1 per card pack. The $19.99 price tag will normally net you 15 card packs, which essentially means you're getting five card packs for free. That's to go along with the random Legendary. Whether that random Legendary ends up being something super cool like Zephrys the Great ultimately depends on how lucky you are. But you'll only have one shot, since only one bundle can be purchased per account.

There's not much time to pick up the Hearthstone Explorer Bundle before it gets buried again. It'll be available on the Blizzard Shop until September 3. If you haven't logged into the game since the Saviors of Uldum expansion launched, keep in mind that you've still got rewards coming to you, since we're in the first 90 days of the expansion. And if you need some help, we've got some Standard decks that you can try out. (Just be aware that the meta has changed significantly since launch, so some of these decks may be less effective now than they were on Day One.)