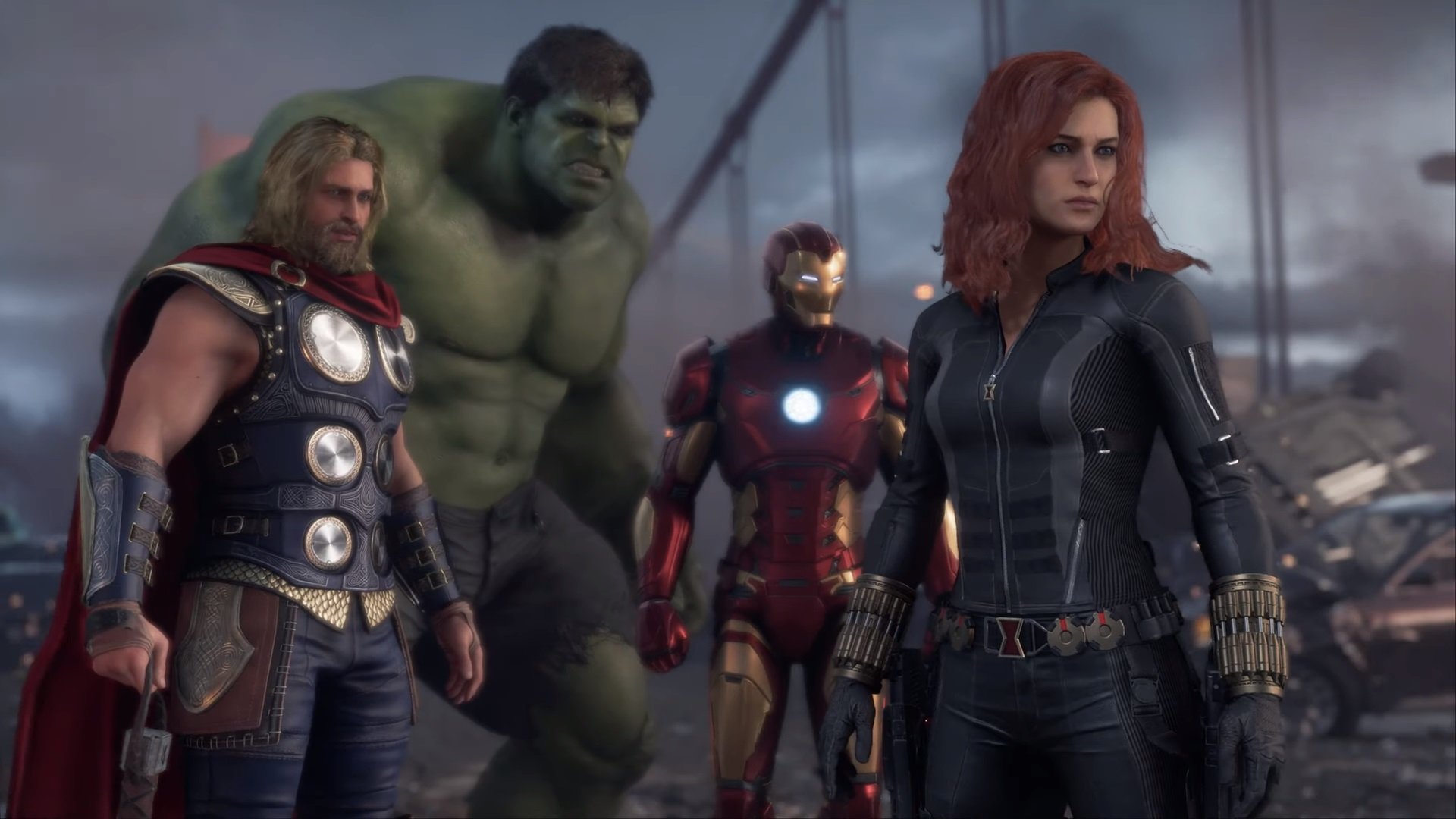 One of the most anticipated games of the last couple of years has been Marvel's Avengers from the tomb-raiding team at Crystal Dynamics. The world got a first look at the world premiere story trailer at E3 2019, but there have been a lot of questions on the minds of players since. Many have reserved judgement until gameplay footage was released. Square Enix is ready to do just that, kicking off its Gamescom Tuesday by relasing a full 18-minute video of gameplay from the A-Day prologue mission.

Those well-versed with Crystal Dynamics' third-person Tomb Raider formula should recognize much of the gameplay style at work here. The video starts off with players controlling individual Avengers for various stretches. It starts with Thor taking out enemies and saving civilians from danger before seguing to an Iron Man flight objective that has him chasing down airborne baddies. After a brief cutscene, players take control of the Hulk, who barrels through rubble and smashes enemies with little trouble. This is where players also find a few quick-time event cues. As the Avengers converge on the bridge, Captain America is ambushed aboard the S.H.I.L.D. Helicarrier. This is where players take control of the Star-Spangled Avenger to ward off a slew of incoming enemies with numerous shield-based melee attacks. All the while, the Avengers are bantering with one another through comm links.

The big villain reveal comes near the end, as the Avengers are confronted by Taskmaster and a gas tanker filled with explosives. While Iron Man, Thor, and Hulk go deal with the explosives threat, players take control of Black Widow, who uses her parkour abilities to catch up to Taskmaster and bring him down for the game's first boss battle.

It should be noted here that players can't switch between the Avengers at will, at least not in this opening mission. Whether that changes later in the game remains to be seen. Each Avenger does have their own distinct attack tied to the shoulder buttons, which looks to offer a different gameplay experience.

There's been a lot of criticism levied at Marvel's Avengers for its art style, as well as the game's overall aesthetic. Whether the game ultimately pans out to be something Marvel fans can be proud of remains to be seen. In the meantime, there's plenty of time before the game ultimately releases. Look for Marvel's Avengers to release on PC, PlayStation 4, Xbox One, and Google Stadia on May 15.