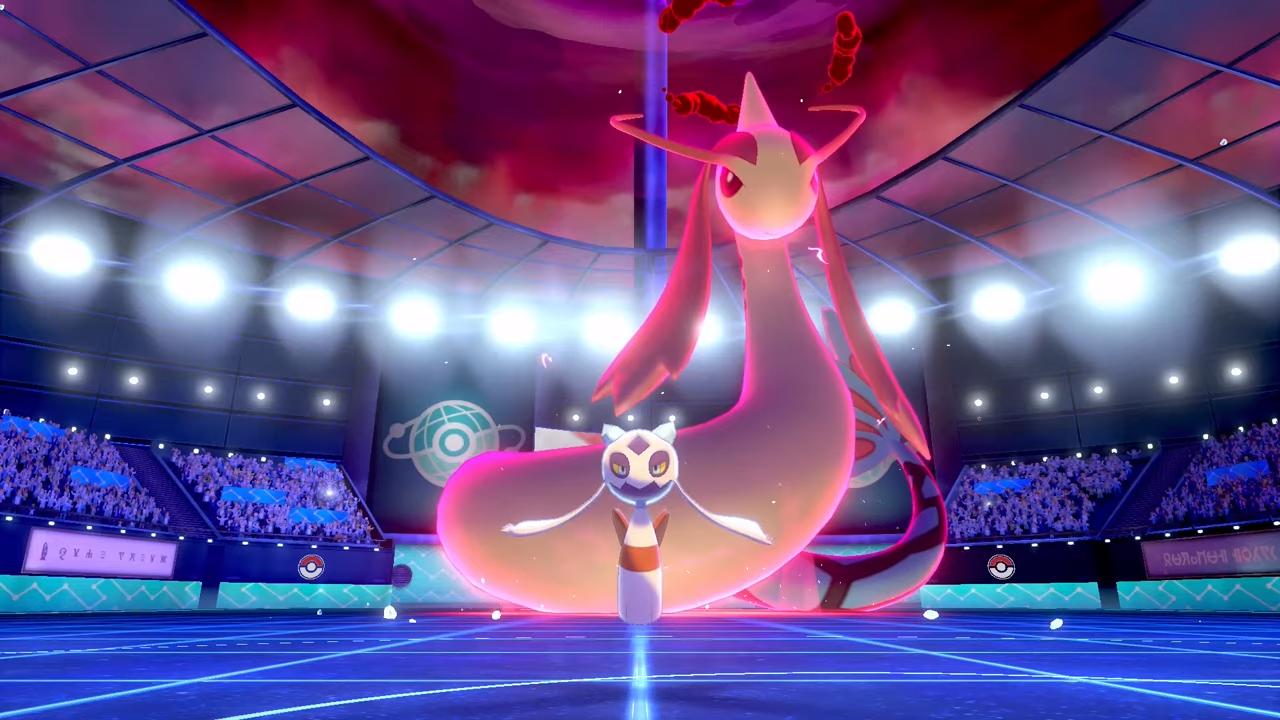 The 2019 Pokemon World Championships are officially underway, but as competitive Pokemon celebrates its present, the franchise as a whole is looking ahead to the future. Before the competition kicked off proper, The Pokemon Company had a few new details to share about the upcoming Pokemon Sword & Shield, both of which are set to release on Nintendo Switch by the end of the year.

With Pokemon Worlds ushering in the spirit of competition, a new trailer revealed the new Battle Stadium feature for Pokemon Sword & Shield. Players will face off in Ranked Battles in either Single or Double Battle formats. Players will face off against trainers with similar ranks, as they seek to increase their own ranks by attaining points. Whenever the game is off, trainers can check in on their progress using the Pokemon Home smartphone app.

For those not so much into the intensity of competition, Casual Battle options are available. And if you don't have the time to put into raising Pokemon, Rental Teams will be made available. Those looking to help out their fellow trainer can also offer up their own Pokemon squads as Rental Teams for others to use online.

More information on Dynamaxing was also revealed. Dynamax Pokemon can gain exclusive access to special Max Moves, which will have massive impact on Double Battles. Examples shown were the Water-type Max Geyser, which triggered rain immediately, and the Fighting-type Max Knuckle, which increased the Attack stat on all allies. This is in addition to hitting pretty hard on their own.

Other nuggets of information included new Abilities, such as the Neutralizing Gas of Galarian Weezing. This will block the Abilities of other Pokemon until Galarian Weezing is disabled. There's also new Pokemon Corviknight, which can carry a Hidden Ability called Mirror Armor. This takes stat-lowering effects from opposing Pokemon and bounces them right back. Players can also find new items, such as Room Service, which interacts with Trick Room, and Eject Pack, which subs out your Pokemon immediately upon having its stats lowered.

As one might suspect, this year will be the official end of Pokemon Ultra Sun and Ultra Moon in the competitive Pokemon world. The 3DS games are being phased out and the 2020 Play! Pokemon season will officially use Pokemon Sword and Shield as the main game of choice.

The Pokemon website will have more information on Sword & Shield's various features. The game is set to release exclusively on Nintendo Switch on November 15. And if you're looking to keep up with all of this weekend's competitive action, be sure to read up on our 2019 Pokemon World Championships guide.

Ghost of Tsushima directors honored as ambassadors of the actual island