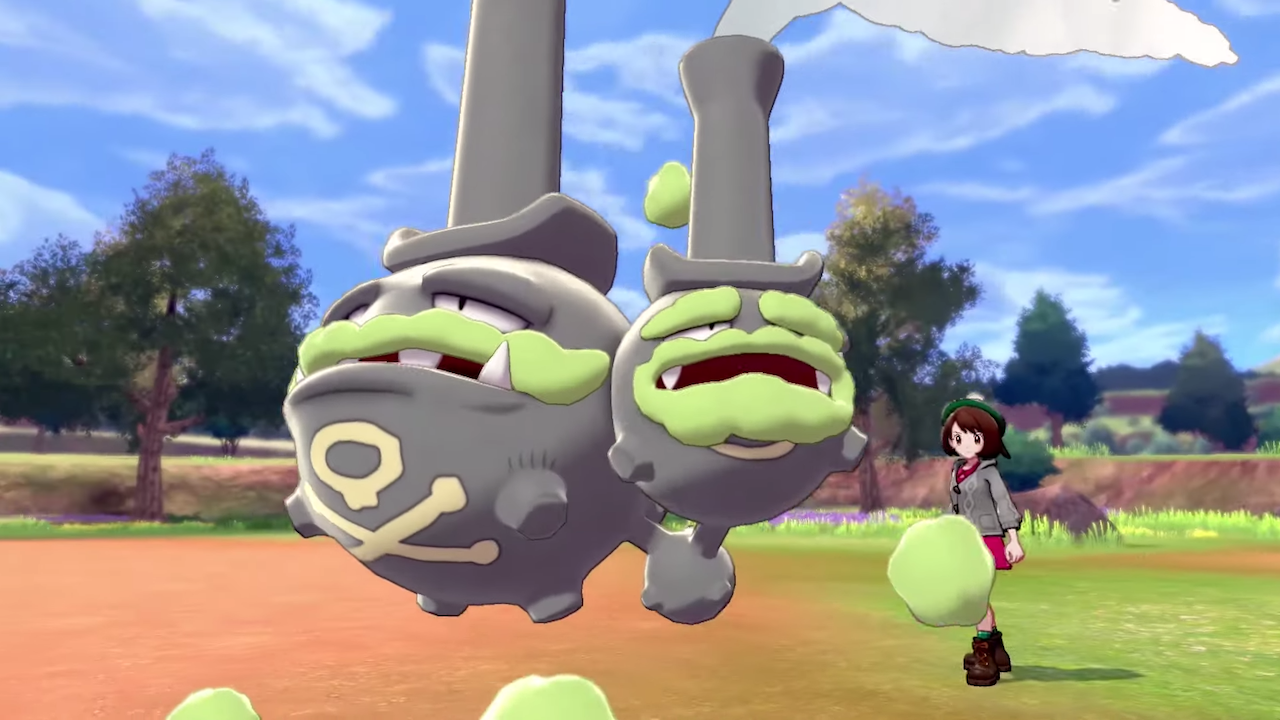 The latest bit of Pokemon Sword and Shield footage debuted this morning by way of a short new trailer, and it introduced some intriguing new Pokemon: new Galarian forms, a shape-changing monster, and more.

The Galarian Pokemon forms revealed include Weezing, Zigzagoon, and Linoone. According to The Pokemon Company, they don't "look like or behave" like other Pokemon of the same species elsewhere. The team also confirmed that regular versions of these Pokemon will still appear in-game, in case you were concerned your faves were canceled.

But that's not all – new Galarian form evolutions were revealed, including Linoone's unique next-stage evolution, Obstagoon. As far as new Pokemon, we also got a look at sprightly Morpeko, which is a new form-changing Pokemon. It can change from Electric to Dark type with Full Belly Mode that shifts into Hangry Mode. Fun names, but it looks like it means business, with sacs in its cheeks that generate electricity, much like Pikachu.

The trailer revealed plenty of sumptuous other new information for eager fans ready to tear into the upcoming game, including new Rival Trainers like the gray-haired, smug-looking Bede and potential goth chick Marnie, who look like serious contenders. They comprise Team Yell, which is basically a bunch of jerks. Marnie's on her way to becoming Champion, and as such her Team Yell Grunts and lackeys will do anything to make it happen.

Finally, some new information about putting Pokemon to work was revealed. In the Galar region, people and Pokemon work together to get jobs done. That's why some locations will enlist Pokemon's help via Poke Jobs. You can send Pokemon from Boxes to accept and complete jobs for experience and even rare items sometimes as rewards. Finally, they'll earn their keep!

Pokemon Sword and Shield is set to debut as a Nintendo Switch exclusive on November 15. Keep it locked here on Shacknews for additional updats