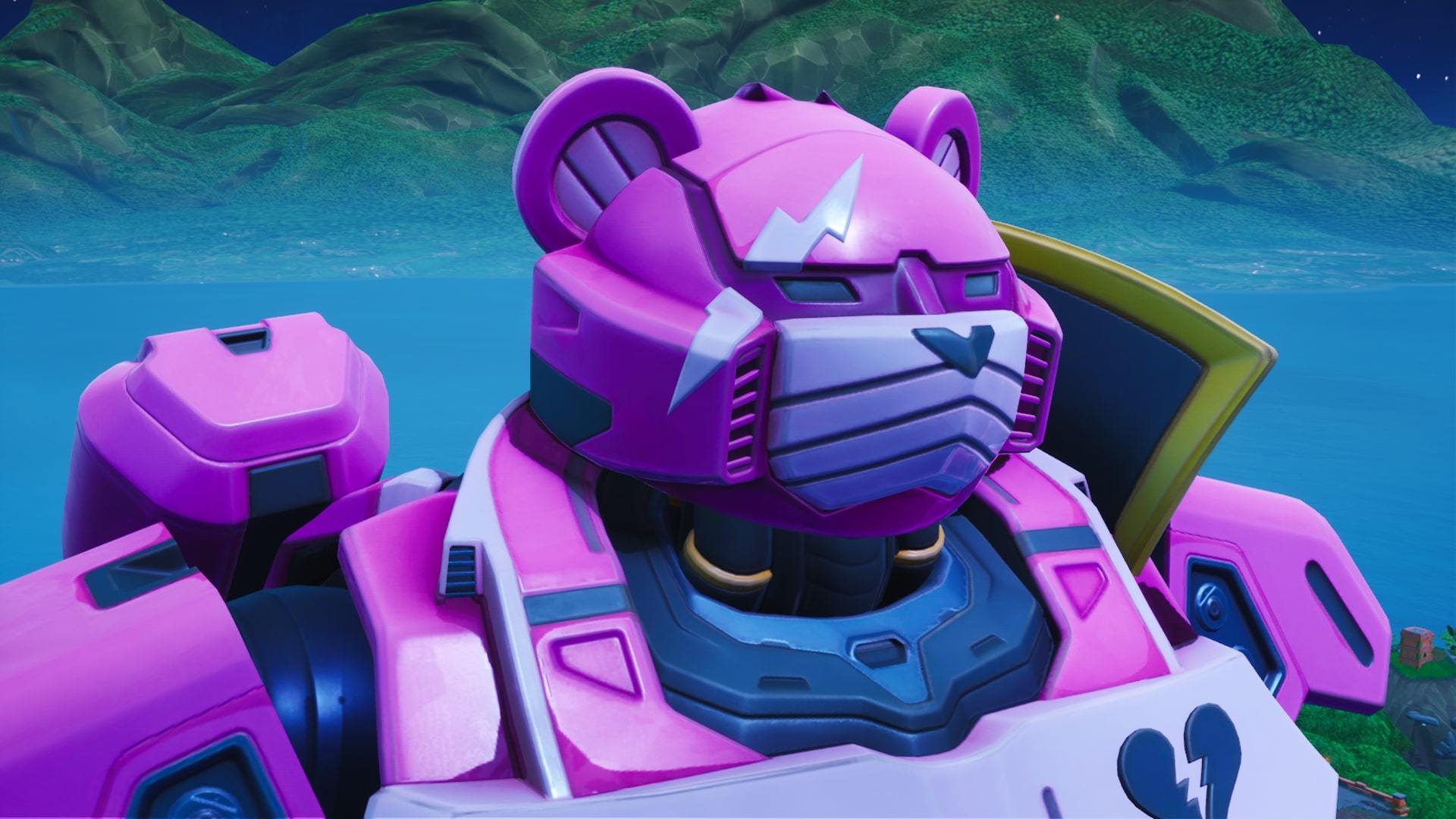 Fortnite is no stranger to special events but the team at Epic Games always finds a way to come up with something new an unexpected. Today's one-time only special event was no exception to that rule. Players who were able to log into the servers were treated to their very own kaiju big battle when a giant teddy-bear faced robot that was clearly inspired by Voltron threw down against a very large cylcops monster.

The battle wasn't entirely unexpected -when there's a huge mech hanging around, you know something gotta show up for it to punch- but no one knew what the outcome would be as the one-eyed creature rose from the sea and made its way towards the large vault in the middle of the battle royale map. But the beast wasn't getting what was in that vault without as the mech activated and sent a barrage of missiles hurtling its way. This monster was no slouch though and fired back with a Godzilla-esque blast of the most brutal bad breath ever. The giant mech then bum-rushed the creature with a rocket dash attack and the two went hurtling into the murky depths that surround the island. A few seconds later it appeared as if the giant robot had emerged victorious, but it appeared things were just getting started. Unfortunately, I wasn't able to log into the event myself, but you can check out the video below from Youtuber Laytxn FN to see how things played out.

It's hard to say what this event means for Fortnite's lore in the long run, but as a fan of Gundams and Godzilla I'm all for epic brawls like the one players and fans were treated to today. For now though, there are definitely at least a few changes to the game map. We'll be sure to keep you posted on when and where the next big Fortnite event is going to take place, and of course we've got you covered for all the latest patches and updates along the way.