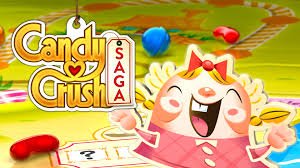 Candy Crush Saga has been giving fans a sugar rush for an incredibly long time now and has managed to somehow stay afloat in a world where tastes and trends are forever changing. The game first made a splash back when Facebook games were still a thing and we would all get those alerts from someone we’d met once at a bar who needed more sheep for their farm or what have you. Since that bygone era, Candy Crush has gone on to make an even bigger name for itself on mobile as its grown and expanded far beyond what anyone could have ever expected.

Candy Crush Saga is now reaching a major milestone as it prepares for the launch of its 5,000th level. That’s no number to sneeze at and is no small accomplishment for any game regardless of genre. We had a chance to catch up with the devs to chat about the history of Candy Crush, how things have changed over the years, and what this level milestone means to them as a team. We also delved into the next big event that will help celebrate the milestone. Players can expect some surprises from the team as they revel in their accomplishments. You can check out the entire interview below for all the details and a great retrospective on the history of Candy Crush Saga.

Candy Crush Saga is available now on PC and Mobile and you’ll be able to crush your way up to level 5,000 later this month. To keep up with all the latest interviews and gameplay footage from the world of gaming be sure to hit up our Shacknews and GamerHubTV YouTube channels and give them a subscribe. And congrats to the team at King on their latest milestone. In a few more years maybe we’ll be celebrating their levels going over 9,000.

Aliens: Fireteam Elite studio lead says game 'is as canon as fans want it to be'