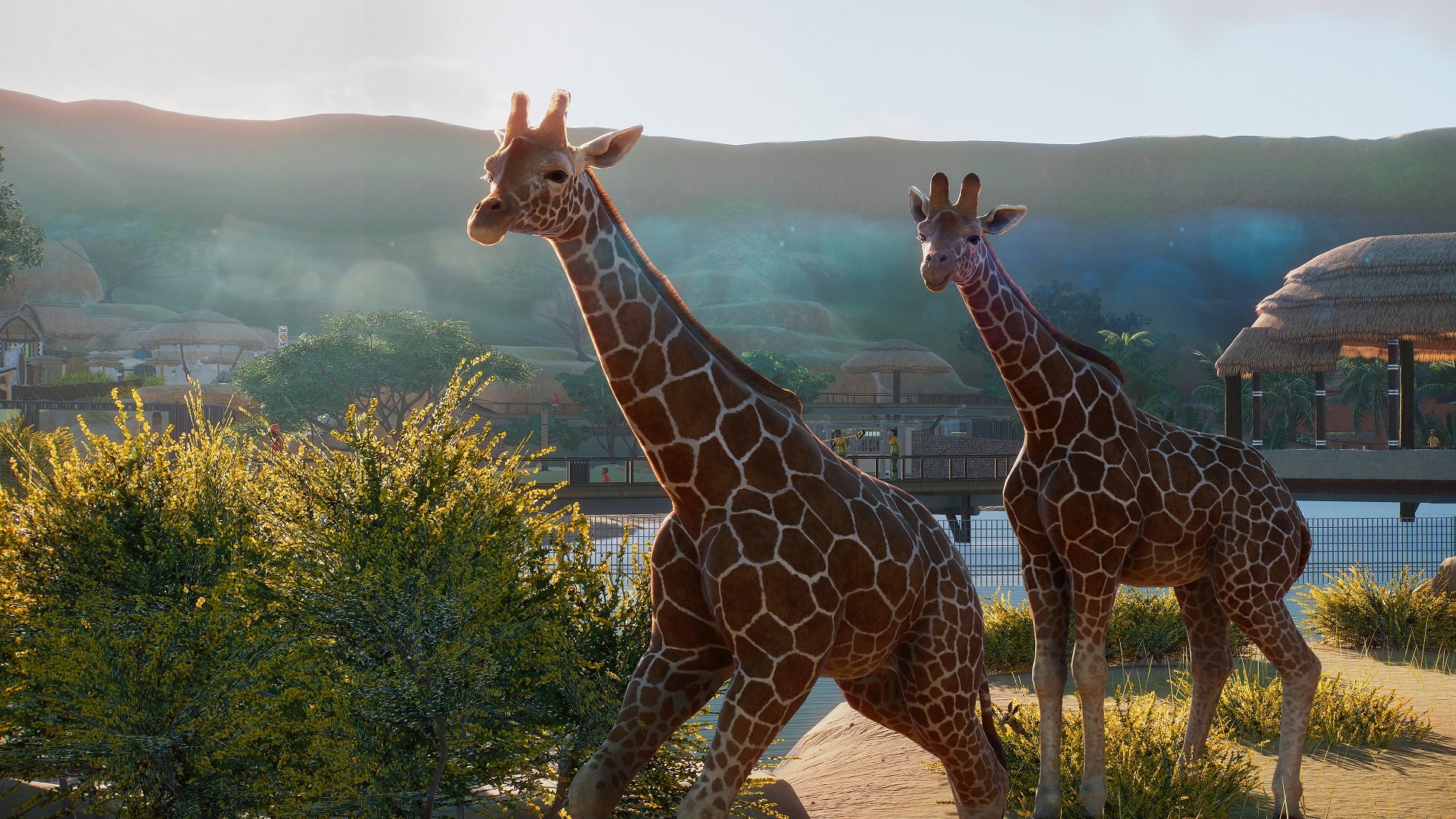 Frontier Developments certainly knows what they're doing when it comes to creating zoo simulators. A quick personal anecdote to start off, I remember when the Xbox One first launched. The Shacknews staff was asked what the best launch game of the new console was and we were shocked to hear the late Andrew Yoon give his choice of Zoo Tycoon, a game that had flown under everybody's radars. It turned out Andrew had great reason for picking this game, as Frontier had knocked this effort out of the park.

Now we fast-forward to 2019 and it looks like Frontier is back in the business of zookeeping. But like every good developer, they're not content to rehash their previous effort. Frontier is looking to build upon the last game and aim for the ultimate zoo simulation experience. With that, the studio unveiled Planet Zoo and Shacknews had an opportunity to take a first look back at E3 2019.

The first thing to note about Planet Zoo is that Frontier is aiming for the modern zoo experience. That means the goals for players are centered around conservation and education. Inspired by settings like the Serengeti and Tanzania, Planet Zoo offers a full-blown safari environment. Players will have wide open spaces to work with, where they can build exhibits and free-roaming habitats for some of the world's most fantastic animals.

First and foremost, players can experience the daily routines of each of their animals, from the beginning of the lives all the way through death. If players so desire, they can take the camera and follow an individual animal's daily life. There's an option to zoom in on any of the zoo's denizens, with special emphasis placed on their most minute features. This includes the hairs on a giraffe, the scales on a saltwater crocodile, or the feathers on a bird. With conservation being a key component, it's possible to breed the animals and create entirely new groups to help them thrive.

Part of helping animals thrive involves social enrichment. Most animals can be kept to their own exhibits, like the primates. However, it's possible to place compatible animals in the same exhibit. Springboks can coexist happily with giraffes. Black wildebeests can share space with zebras. Certain species of animals pair up in the wild to fend off predators and they'll coexist in a similar manner within the zoo.

Another big part of social enrichment comes from contributions from you, the human. Players will have a substantial amount of tools to work with and will need to work diligently to keep their animals happy. This includes providing them with proper nutrition and sustenance, making sure their habitats are clean and maintained, and also providing them with various objects to help keep them stimulated. For zebras, this can mean providing a scratching post. For chimapanzees, this can mean providing obstacle courses to help keep their animal instincts in peak condition. Enrichment items help keep animal welfare high and a happy animal makes for a better zoo. Supplies are kept within Keeper Huts, which leads to a new feature for Frontier's zoo franchise. Players will now be able to step inside the Keeper Huts to check out the facilities and watch their workers go about their jobs.

But as important as it is to keep animal welfare high, remember that a zoo is ultimately a business. Players will have ample tools to keep guests entertained, starting by designating staff paths that keeps workers out of their way. Building a successful includes building shops, bathrooms, and benches to go along with the various animal habitats. Most importantly, making the zoo a fun and educational experience is key. Players can offer 4x4 vehicles to offer safari tours for their guests, where they can check out the animals going about their day. They can also plant educational signs throughout the zoo, which offers fun facts about each of the exhibits. Players will learn along with their guests, as educational signs are upgraded as players conduct more research into their animals.

While Planet Zoo offers plenty of larger, outdoor animals, there's also a place for smalller creatures that are kept within indoor habitats. Birds, amphibians, and reptiles can also be kept within indoor exhibits. An example is the Antillean iguana, a rare breed of lizard. Just because they're smaller doesn't mean players won't put work into keeping them thriving. Part of successfully maintaining these creatures involves setting exhibit temperature and humidity, while also making sure to provide branches and plants to keep them occupied.

This is just the start for Planet Zoo and what promises to be the most comprehensive zoo simulator in video games. Frontier has been conducting intense research, which includes conversations with real-world zoos and conservation organizations, in an effort to create a faithful simulation experience. What Planet Coaster has done for the theme park, Planet Zoo looks to do for the safari. Look for Planet Zoo to arrive on November 5 on PC, exclusively on Steam.