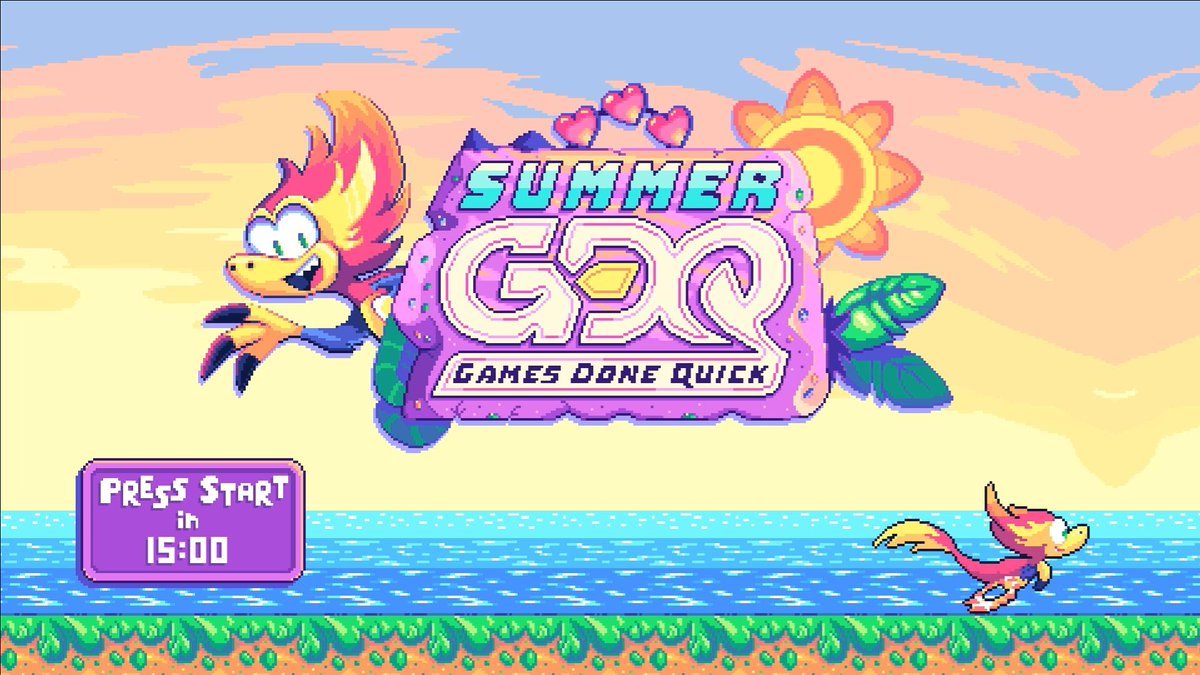 The epic speedruns of Games Done Quick are back! Summer Games Done Quick is officially underway, back for seven full days of speedrunning action. The top runners in the world are going through some of the best games of the past and present in an effort to raise money for charity.

Summer Games Done Quick comes to you from Bloomington, MN. This year's event will raise money for Doctors Without Borders. Already the runners have raised over $100,000 for charity and this is just the beginning. Shacknews is here with a handful of noteworthy runs from throughout the week that should not be missed, but first, here's a highlight from Day 1.

Here's the full schedule for Day 2, taken from the Games Done Quick website, along with a handful of noteworthy runs to check out:

It's hard to beat the classics and Castlevania certainly sits upon the Mount Rushmore of all-time great NES games. For those who don't have a lot of time to spare, this is going to be a quick run to start your Monday. It'll be 2snek, Komrade, and freeland1787 all racing to see who can best Dracula first. Whether it's for your lunch break on the east coast or for breakfast time on the west coast, be sure to check out this epic race of an old-school gem.

9:44AM - Bloodstained: Curse of the Moon

In the last week, Castlevania fans got to check out a new game from former Castlevania series producer Koji Igarashi called Bloodstained: Ritual of the Night. But if you're among those who are learning of Bloodstained for the first time, you might want to know that there was actually a first game that released last year. Done in the 8-bit style, Bloodstained: Curse of the Moon was Igarashi's first attempt at a spiritual successor to Castlevania. And it certainly hit all the right notes. Watch strizer86 seek to run this game in just under a half hour.

While Super Metroid isn't getting a traditional run, per se, at this year's SGDQ, the Metroid franchise is certainly getting some representation. The awesome 3D Metroid games of the Metroid Prime series are making an appearance, as JustinDM and Claris look to run the first two games in the series. There's a good reason why last year's announcement of a new Metroid Prime game got fans of the series excited, so now's a good chance to relive what made those original games so great with a pair of Monday night runs.