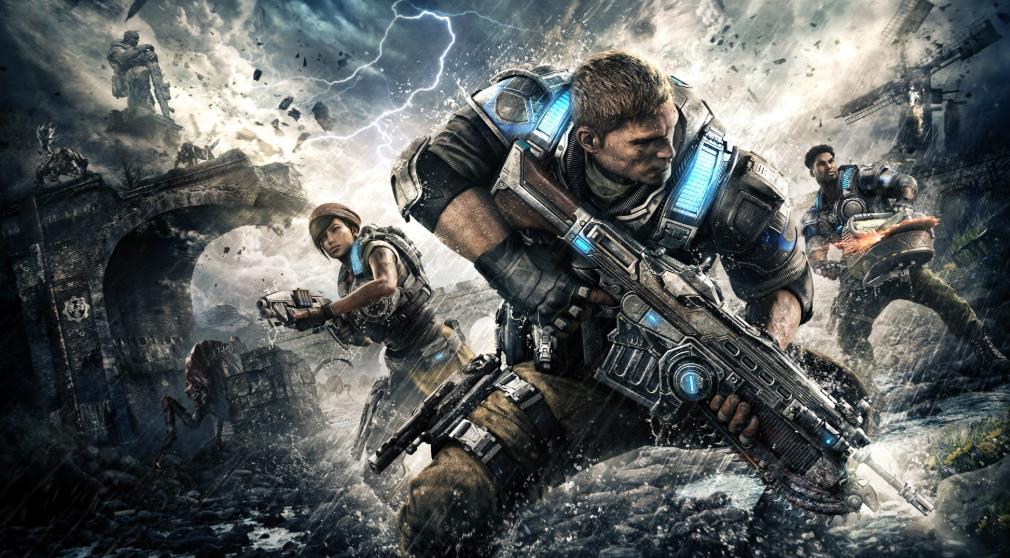 The upcoming Gears 5 will do more than push forward the long-running Gears of War story. Xbox Game Studios and The Coalition are adding a number of new game modes to help freshen up the multiplayer experience. One was revealed at E3 2019 in the form of Escape. However, there's still another mode that has yet to see the light of day.

That's where a collaboration between Microsoft and Turner Sports' ELEAGUE comes in. The upcoming ELEAGUE Invitational will bring eight of the top Gears of War teams in the world to get a first look at a whole new Gears 5 multiplayer mode called Escalation. This mode is set to be built specifically with esports in mind, but Shacknews was curious to learn more. That's why we took some time to chat with Turner Sports' Jen Dill and The Coalition's Rose Gunson at E3 2019 to learn more about what viewers can expect from this special presentation.

Shacknews: How did the partnership between ELEAGUE and Gears come about?

Jen Dill, Sr. Director Global Business Operations for Esports at Turner Sports: This is our one-year anniversary, so truly it came out of us having a conversation at E3 last year. So this has been a whole year in the making for us. I think, for us, working with Microsoft and Gears, it's such a great franchise. So once they approached us with the idea, we've just been collaborating over this whole time.

Rose Gunson, Executive Producer Esports at The Coalition: I think for us it felt like a partnership, because obviously ELEAGUE is focused on content and storytelling and we feel the same way about our program. We have some of the most interesting player-personalities in all of esports. We wanted to take that to their platform and work with them to be able to tell those player stories.

Shacknews: For those who follow Gears esports, what's something different that they can expect to see out of Gears 5?

Gunson: Gears 5 esports, for the first time, we've taken the player feedback from throughout Gears 4. We have players coming from playtests, talking to our devs, and we're taking their feedback to make a version of multiplayer that makes the most sense for competitive play. So when you watch the tournament that we have in July and you see them play Gears 5 for the first time, you'll see it be even more competitive, even more interesting.

You're going to see the features upped for esports. It's specifically catered around it. That'll be exciting for our fans. It's something people won't want to miss.

Shacknews: What can fans who have watched ELEAGUE on a regular basis expect from a production standpoint? How does the Gears presentation stand out stand out from other games that ELEAGUE has brought to the Turner Studios stage?

Dill: I think one of the big things is, honestly, we've had the gift of time. This is something that having a whole year window for us, we've never actually be able to do. With that, our production teams have been so intertwined in figuring out how to tell those stories, it's a much longer lead. And we've been building those stories together, which is different than some of the things we've been able to do where we've had a shorter window. For us, that's what we're going to continue to do with ELEAGUE. We're going to continue to build out those timelines and collaborate for the most ways we can elevate those stories.

For us, what's also unique, we're using a game that's really not been seeen and showcased. So for us, that's something we can bring to television audiences and new fans.

Shacknews: When Gears of War 4 released, esports was in its relative infancy. It was barely a blip on anyone's radar. Since Gears 5 went into development, esports has grown so much. In what way was Gears 5 designed with the esports player in mind?

Gunson: I would say that it was designed with Escalation, which is our esports mode. The version that we'll be revealing at the tournament in July was designed 100 percent with esports players in mind. For the first time, we were able to take their voices, take their perspective on what makes an entertaining broadcast, and take that to our devs and our audiences and really just build around that. It is a fun and exciting time to release a game that we feel like has been created to have an entertaining broadcast. It's also something where you're going to see more stories, we're going to observe more stories on broadcasts.

We'll definitely see that this is designed with esports in mind and our players don't hold back when it comes to their feedback and we welcome that.

Shacknews: Lastly, Gears of War 4 has been active for several years. Most, if not all, of those teams are established. Which team do you feel is best prepared to make the transition to Gears 5?

Gunson: There may be one. (laughs) It's all on the table, it's a new game, we don't know. But I will say... one of the things we pride ourselves on is that we have the longest undefeated team in all of esports and that is OpTic Gaming. We have an episode of the Gears Summer Series coming out that is specifically on "Breaking and Defending the Green Wall." So it's on the story around one of our six players in the series, Xplosive [Gilbert Rojo], is the in-game leader for OpTic Gaming. I think a lot of people don't realize that he is the central equation of why that team has been so dominant. So people will get a chance to tune into that episode to figure out what it means to be the type of player to build a team around, to make an undefeated team, no matter what. We certainly think that they will have an advantage going into it, but we have seen a lot of up-and-coming teams. The eight teams that we've selected to come to the tournament in July, we have a lot of diversity there. It's definitely something where we don't necessarily know how they'll perform on Gears 5 yet. OpTic may have that advantage. But we'd like to see a few sets and give everyone a fresh start.

The build to the ELEAGUE Gears Invitational begins this Friday, June 14 with the premiere of the ELEAGUE Gears Summer Series: The Bonds and Betrayals of Brotherhood. This series follows six of the top Gears players in the world, while shining a brighter light on the Gears esports scene as a whole. Episode one can be seen this Friday at 11PM ET/PT on TBS.

The ELEAGUE Gears Invitational itself runs from July 13-14 on both Twitch and B/R Live. Gears 5 itself is set to release on Xbox One on September 10. Those interested in a taste of what that game will offer can check out our hands-on with the new Escape mode.