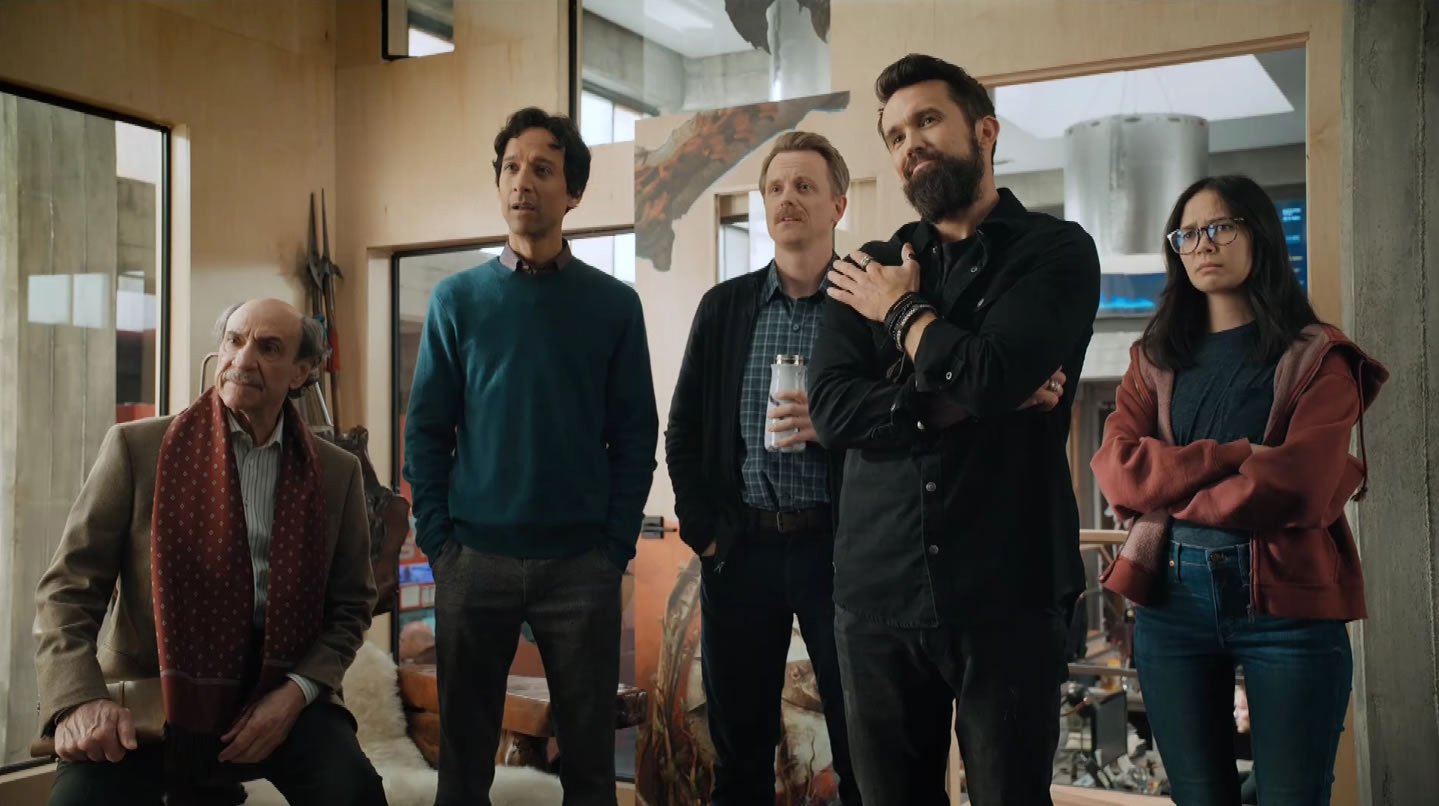 Rob McElhenney took to the Ubisoft stage at E3 2019 to announce that the two have partnered together to create a new show, Mythic Quest. This show will be exclusive to Apple TV+. Please check out the trailer below!

Mythic Quest is a TV series following the developers and fans of an entirely made-up MMO video game called Mythic Quest. That’s right, the name of the TV show is the name of the game. The show seems to center on Ian Grimm (played by Rob McElhenney) as the team prepares to release the first expansion for their game, Raven’s Banquet.

Rob McElhenney is no stranger to television series or acting. The man is a producer and actor in Always Sunny in Philadelphia, a TV series that started 14 years ago and has some 13 seasons under its belt. Rob and the team have always pushed the envelope with comedy, and while Rob appears to be the only one from the gang attached to Mythic Quest, we’re sure to have an extraordinarily funny show on our hands.

Mythic Quest is currently penned as an Apple TV+ exclusive, which means we’re still a few months out from seeing it, at minimum.  The reason for this is Apple TV+ is scheduled to launch later this year. What I'm hoping for is that Mythic Quest eventually becomes a real game that we can play!

The Ubisoft E3 2019 press conference was full of some surprising new titles. Rollerball Champions is a fast-paced multiplayer experience where the characters tear around an arena on rollerblades. It was also revealed that The Division 2 would be receiving another raid later this year along with three new episodes exploring various areas of DC.

It’s been a busy few days, and E3 2019 has only just begun. Be sure to keep it locked to Shacknews for the freshest news and announcements hot off the show floor. You can also swing by the Shacknews Twitch channel where we are interviewing devs about the exciting new stuff they’re working on.