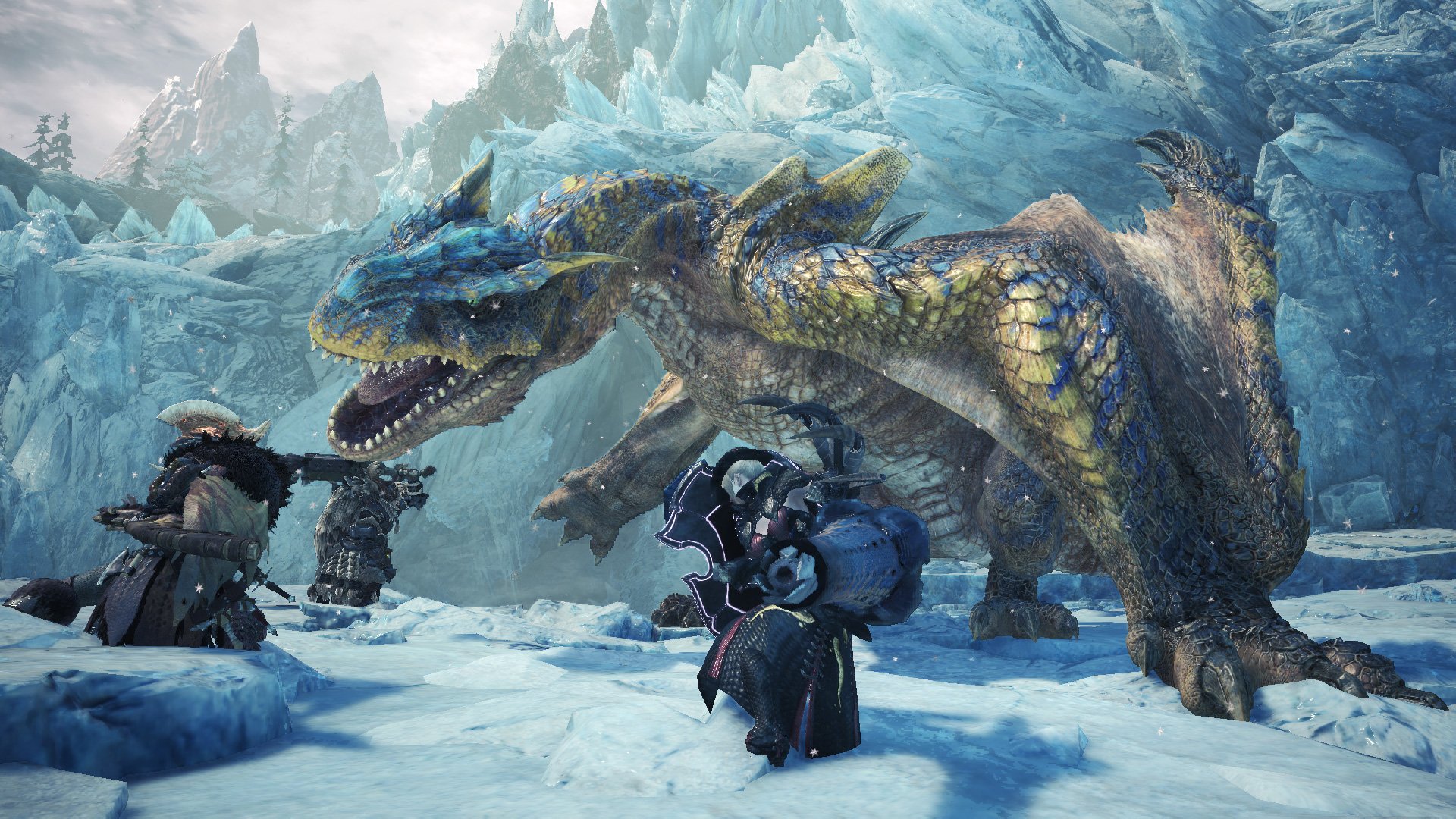 Monster Hunter: World fans are gearing up for the release of the upcoming Iceborne expansion, and Capcom has a new trailer to offer. Ahead of the game's debut at E3 2019, the studio has cut together a new trailer focusing on the story elements to be found in the latest expansion. As a bonus, the latest trailer also gives hunters a few looks at massive creatures to take down, including the fearsome Tigrex wyvern.

The Iceborne expansion continues the story of the game's main campaign, picking up the adventure as players ally with the Research Commission on a quest out to the area known as Hoarfrost Reach. This environment is being touted as the largest map in the game, and players will find that its stone-cold climate and unyielding frost hide some of the most powerful creatures to be found in the game.

Among these wild menaces is the wyvern known as Tigrex, a fast-attacking brute that series fans may remember from Monster Hunter Freedom 2. Players will also spot the Shrieking Legiana, a "newly discovered extreme variant of Legiana" that can damage any nearby hunters by freezing the air in its vicinity.

According to a post featured on the Capcom Unity website, players who are on-site at E3 2019 will have a rare opportunity for a hands-on demo of Iceborne. Capcom will have a number of demo stations, and plans to show off two main quests involving hunting down a Banbaro as well as a Tigrex.

Aside from the hands-on E3 2019 demo, hunters will be able to check out Hoarfrost Reach and track down the fearsome Tigrex when Monster Hunter: World's Iceborne expansion releases this September. To stay fresh on the game's biggest monsters and most powerful gear, check out Shacknews' Monster Hunter: World walkthrough and guide.