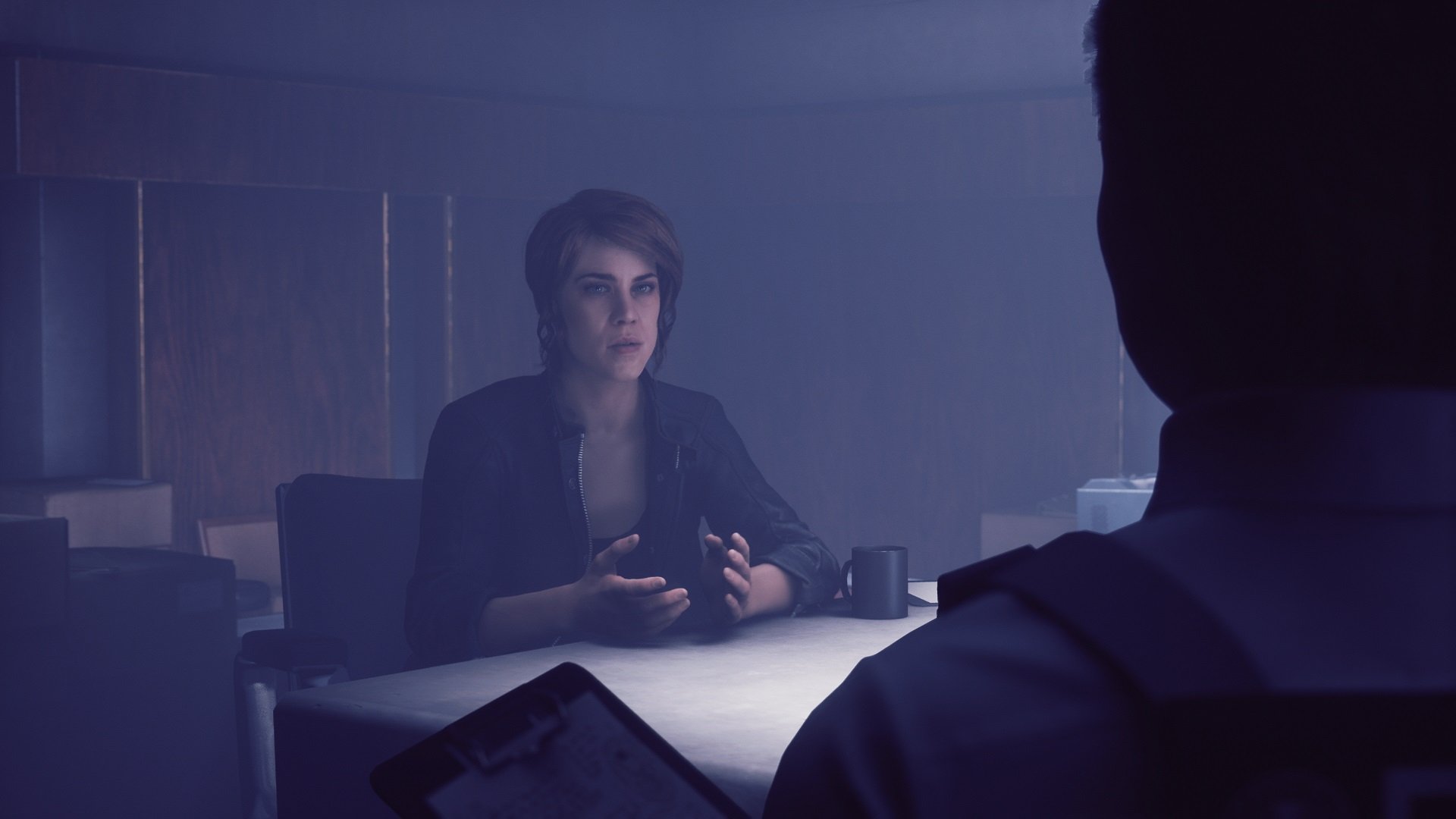 Remedy Entertainment's next game is just months away from its final release and things continue to feel topsy turvy at the Federal Bureau of Control. Employees are either under threat or under the direct influence of dark, evil forces. Supernatural terrors are around every corner, with players finding themselves in the real world in one moment and in a supernatural one in the next.

When we last left Control back at GDC 2019, Shacknews was introduced to federal agent Jesse Faden. After finding the FBC Director dead, Jesse is thrust in the middle of a supernatural invasion, one that has victimized every one of her co-workers. Only Jesse can confront and get to the bottom of this invasion by the spiritual threat known as the Hiss. Shacknews is back for a rematch with The Hiss, albeit with slightly less resources than we did last time, since this time we went hands-on with an earlier portion of the game.

This scenario sees Jesse in the middle of an FBC sector that's on full lockdown. There are FBC stragglers who may be able to join in the fight against the supernatural Hiss, but they're located in other sectors of the facility. Our hands-on portion tasked Jesse with getting into heart of the FBC facility in order to override the building lockdown in order to gain access to the other sectors. And hopefully recruit some other FBC agents along the way.

This latest hands-on opened the door to get a little more familiar with Jesse's telekinetic abilities. As mentioned, this is an earlier portion of the game than our last preview, so grabbing objects and chucking them at enemies proved to be the main attack here. While Jesse has a sidearm pistol, it doesn't prove quite as effective as grabbing a nearby object, charging it up, and sending it flying full-force into a foe.

While Jesse's sidearm may not have a lot of power intially, Control is filled with weapon mods and alt-fire functions that are capably of increasing its strength. These mods can influence ammo counts, power, and cooldown, among other qualities. This can make crowd control slightly easier, which can be helpful given that the Hiss can come from just about anywhere. Enemies can just as easily appear out of the aether behind you as they can burst through nearby doors and they'll often show up in great numbers. That's why taking advantage of Control's physics can be a great help, as Jesse can toss flammable objects or fire into explosive containers nearby to take out multiple enemies at once.

Jesse herself also has a few abilities to get through intense situations. Her most prominent ability in this demo was a dash that could get her out of danger when surrounded by foes. It also played heavily into a sequence that saw her get warped out of the FBC facility and into the Astral Plane, a parallel supernatural dimension. This is where platforming became a focus, as Jesse had to navigate rising platforms and get to a portal far off in the distance. While the Astral Plane contains secrets and different paths, it also contains much stronger enemies, so steering off the beaten path becomes a risky endeavor. This is especially the case because Jesse doesn't have regenerating health.

Control is filled with strange characters and not all of them are under Hiss influence. While en route to the NSC Power Plant, Jesse meets up with one example, an odd janitor named Ahti, who speaks in a methodically slow pattern and seems to know more than he lets on about the supernatural. There's also Chief Arish, the FBC's top security officer, understandably rattled by the unfolding situation. And also one that appears to be somewhat awkward around new authority figures. Not everyone in Control is under Hiss captivity and they'll often send you to different points in the FBC facility to either get the main story moving or for side quests that can help players find new mods or upgrades.

There's a deeper mystery at play in Control, mainly revolving around how the Hiss infiltrated the FBC in the first place. Remedy is hinting at a story that's on par with its previous efforts, like Alan Wake and Quantum Break. Whether that story can deliver remains to be seen, but Remedy and publisher 505 Games seem to be off to a good start so far. Conrol is set to release on August 27 on PC, PlayStation 4, and Xbox One.