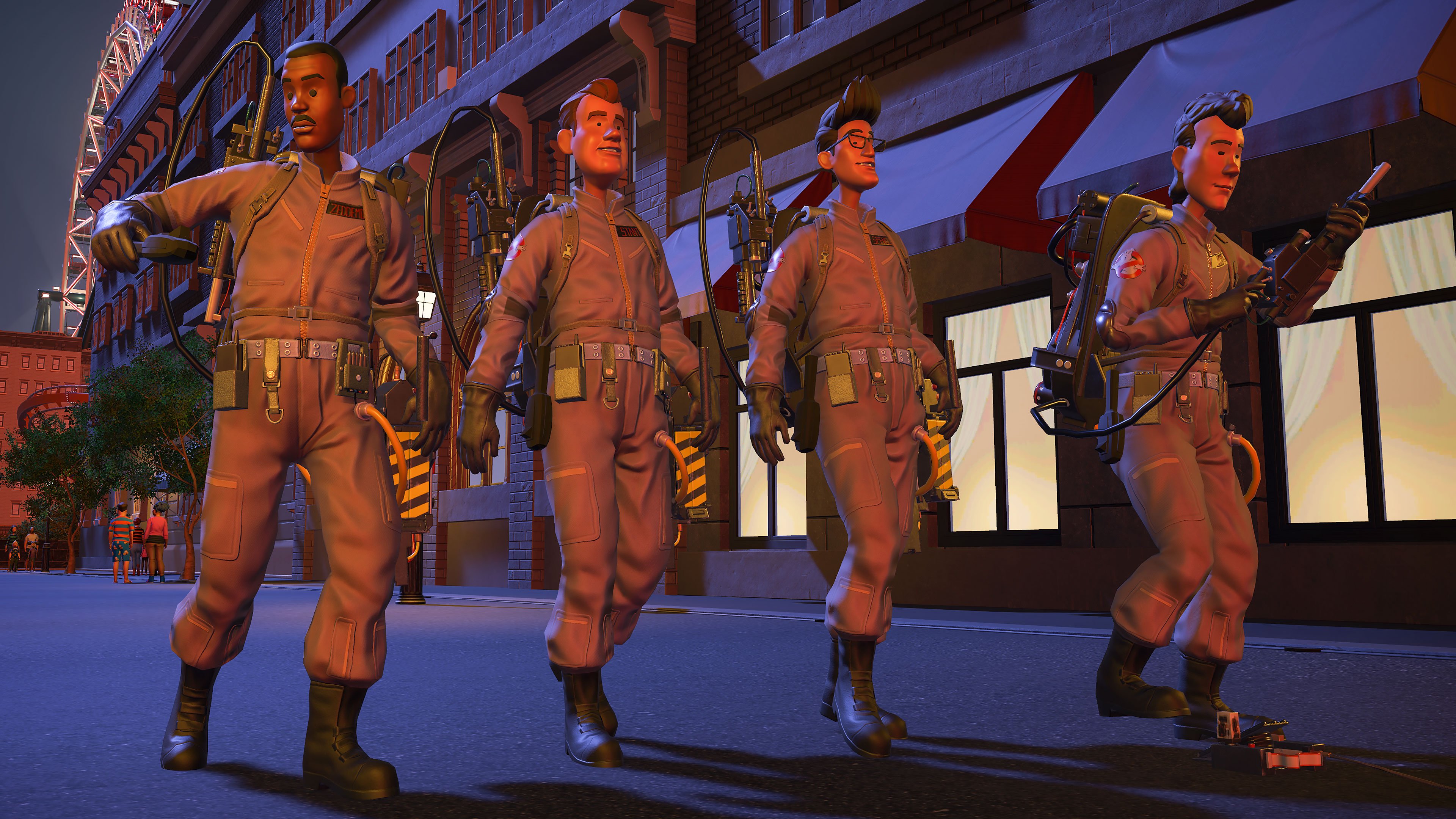 Not everything in Planet Coaster is about re-creating and simulating the real-world roller coaster experience. Frontier Developments also has some single-player story elements in place in its coaster simulator. On Wednesday, Frontier revealed a special piece of story-driven DLC that's set to hit Planet Coaster. This one is set to cross the streams between roller coasters and beloved pop culture franchise, Ghostbusters.

The Planet Coaster: Ghostbusters pack will see players inspect a local theme park that seems to be experiencing some troubles of a supernatural nature. This will take them into a new ride called The Ghostbusters Experience, where players take the role of a Ghostbuster and look to exorcise any spooks that are haunting its walls. Also, they'll be looking to rack up a high score along the way. It sounds like a daunting task, but just remember that no job is too big and no fee is too big.

The narrative campaign will see would-be Ghostbusters work under Raymond Stantz, with actor Dan Aykroyd reprising his role from the classic 1984 movie. He won't be the only familiar face players encounter, as Frontier is promising cameos from Slimer and the Stay Puft Marshmallow Man, among others. Players will also run afoul of the EPA's Walter Peck, with William Atherton also returning to reprise his role. The Ghostbusters Experience ride might be a little too intense for younger riders, but fortunately, this DLC will also include a Slimer-themed kiddie coaster called the RollerGhoster. And of course, it wouldn't be Ghostbusters without the iconic Ray Parker Jr. title song, which will also be included.

If you love this plan and you're excited to be a part of it, you might have to wait a little while. There's currently no word on when the Ghostbusters DLC is set to hit Planet Coaster. But it's coming soon to Steam. In the meantime, check out all of the information on the Planet Coaster website.