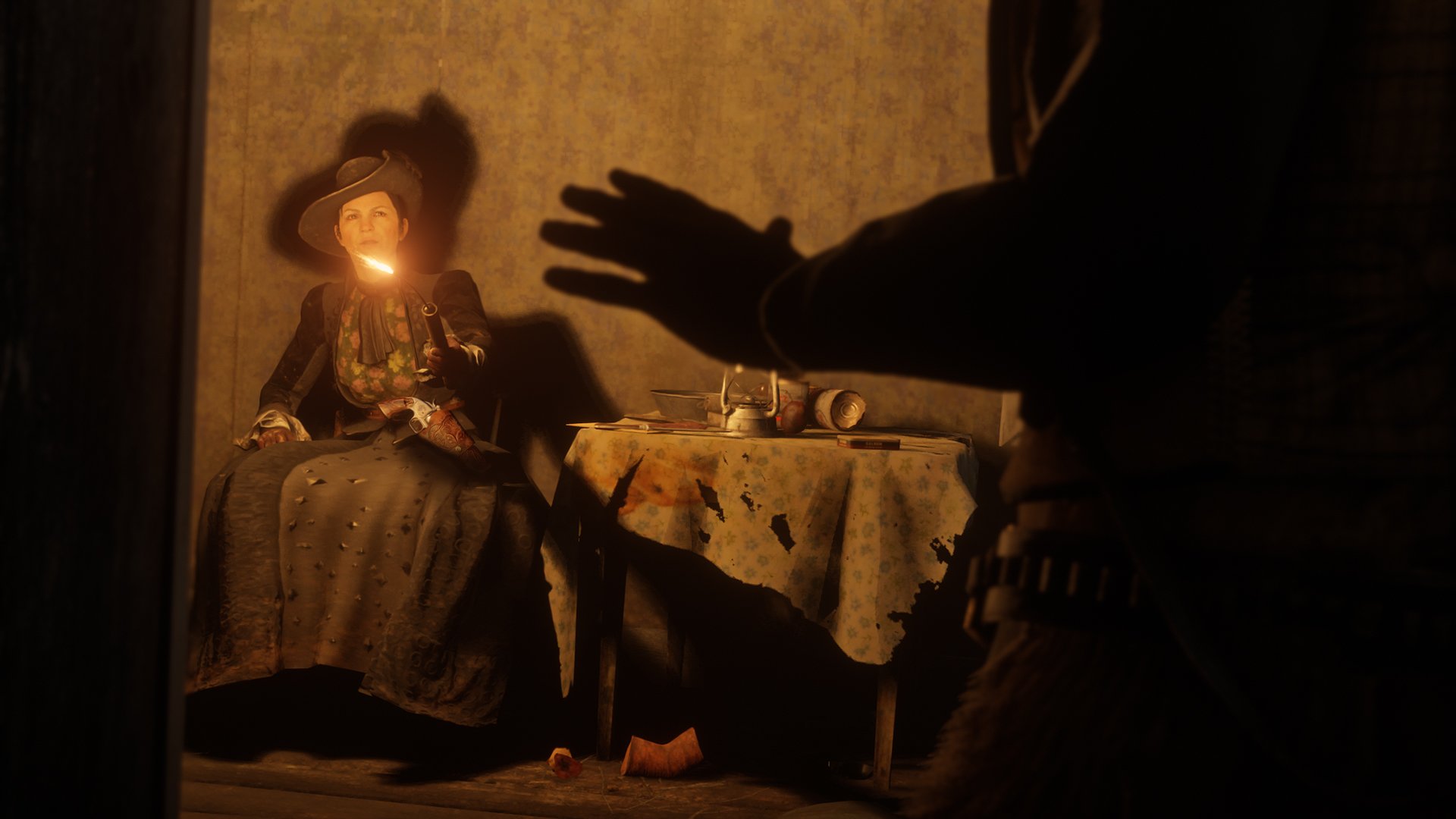 Rockstar Games hasn't shied away from giving players plenty to do in Red Dead Redemption 2 and those activities go well-beyond the highly-anticipated single-player story. Red Dead Online has been receiving copious amounts of regular content. On Tuesday, Rockstar revealed even more content for fans of the game's online component, headlined by some new Free Roam Missions handed out by a familiar face.

Following up on last week's batch of Free Roam Missions, the next batch of missions sees players revisiting Black Belle from the RDR2 solo story. To access these missions, players must ride out to Adler Ranch in Ambarino and search for the elusive maiden. She'll hand out Free Roam Missions for users on both PlayStation 4 and Xbox One.

But in addition to this content, there's also going to be a handful of early access content for PlayStation 4 users. This is headlined by a pair of new game modes. Last Stand mode is a competitive multiplayer mode that's defined by sudden death. Players enter with only one life and there is only one winner. There's also Make It Count, the free-for-all showdown mode which is played with the new Ancient Tomahawk weapon. The only weapon at players' disposals will be the all-new Ancient Tomahawk, a throwing weapon that latches onto enemies' skulls when thrown in just the right spot. PS4 owners can also find new clothing, emotes, and a Perlino Andalusian horse. More details can be found on PlayStation.Blog. Look for this content to hit Xbox One at a later date.

There's a lot more coming with this Red Dead Online update, including a 25 percent payout bonus and an additional Gold Bar bonus for playing in a posse. Plus, there's a handful of bug fixes rolling out. For more information, be sure to check out the Rockstar Games website.