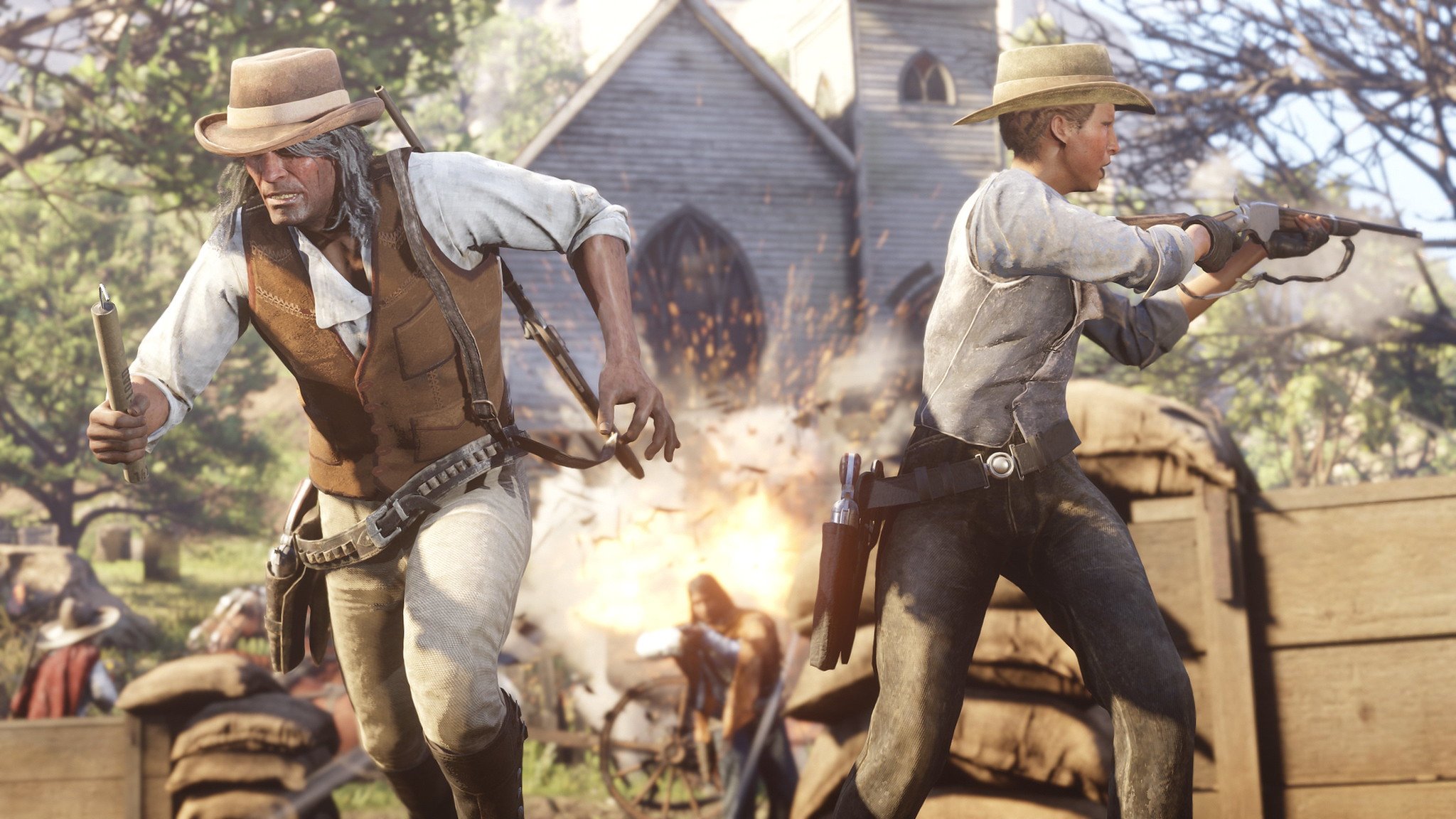 If you’ve been playing Red Dead Online since it’s release, then you’ve experienced the growth of the online mode as it’s changed over the past several months. For those just planning to dive back in, though, there are quite a few new things to look forward to. The latest Red Dead Online update patch notes reveal several new missions, new clothing, a new revolver, and even talk about the road ahead.

As far as changes go, Red Dead Online is set to receive quite a few new co-op missions, as well as free roam missions in the latest update. There will also be new Posse Versus Challenges, dynamic events, more places to play Poker, and even the new Overrun Showdown mode for players to dive into.

When it comes to clothing and weapons, players can look forward to the arrival of the Lemat Revolver, as well as new clothing pieces like panchos, patterned bandanas, and even new emotes like the Flip Off and Throat Slit. Rockstar also promises that new inventory will be coming and going often, so players should always check out the store when logging in.

Another big part of this update is the introduction of playing styles. Rockstar has already talked a little about these in previous announcements, however players will finally be able to choose between Offensive and Defensive playing styles starting today. By default, players will be set with the Offensive playing style, which will allow them to engage in hostile contact with other players freely. Defensive style will be available for those who want to minimize hostile contact with others.

This update will also introduce the new hostility system, which tracks aggressive behavior across both playing styles, making hostile players very visible to others. These changes should help balance out the needs of players who want to get away from hostile players, allowing them to enjoy their free roam to its full extent. Alongside the changes we’ve already listed, players can expect to see additional balances and adjustments. You can find out the full details of those adjustments in the original post on the Rockstar website.

Finally, it’s time to talk about the road ahead. This summer Rockstar is looking to expand Red Dead Online’s offerings with the first of many new roles. The first three roles coming to the game include the Trader, Collector, and Bounty Hunter. These roles will unlock new unique gameplay for players to take part in. Bounty Hunters will be able to hunt down wanted criminals, while the Collector searches for hidden treasure around the map. Lastly, the Trader will be able to build up a massive trading business at camp, raking in the cash as they sell off their wares.

The future is exciting for Red Dead Online, and players will want to be sure to keep up with all the latest changes and updates by checking out our Red Dead Redemption 2 hub.