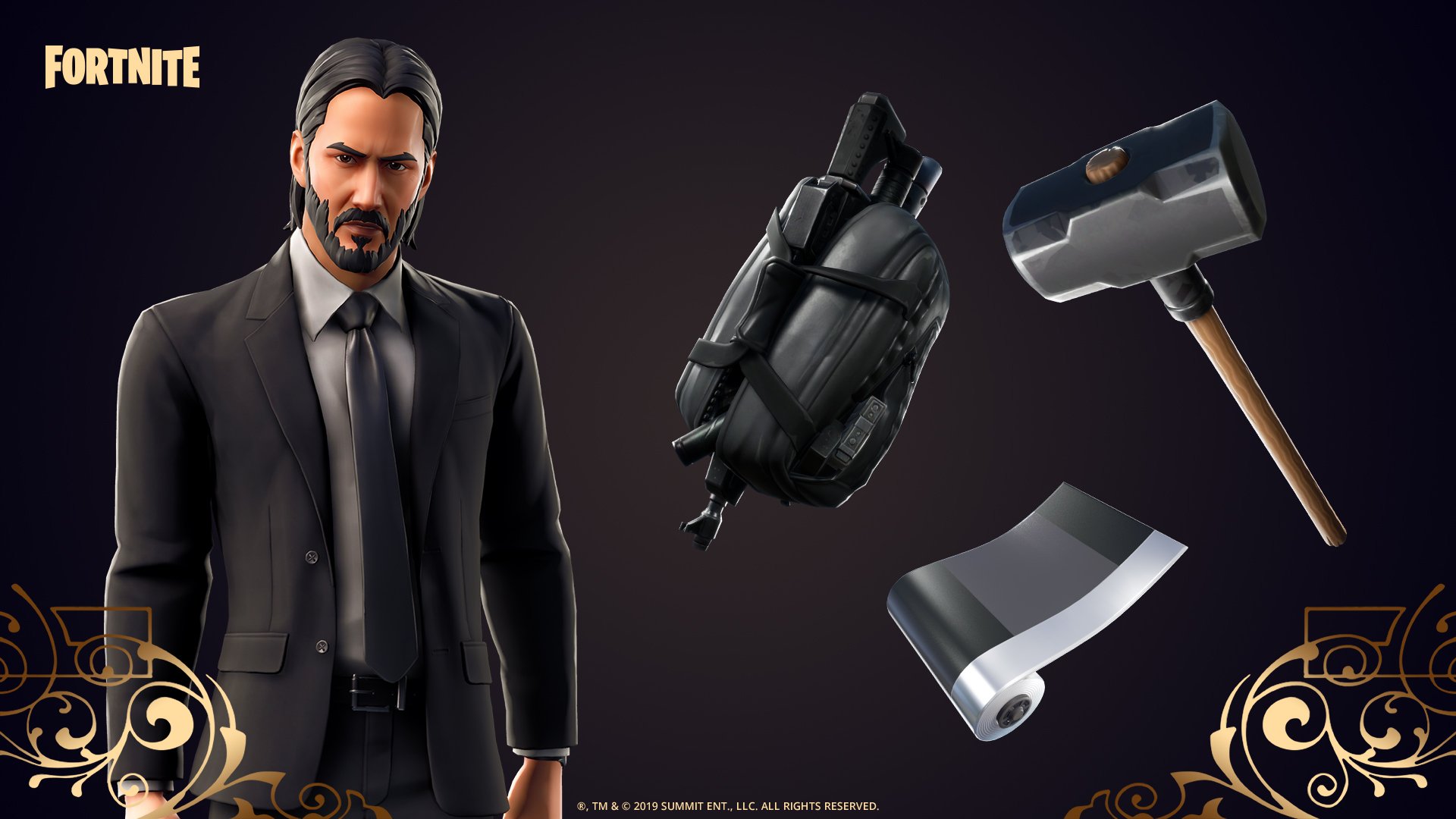 To celebrate the release of John Wick: Chapter 3 – Parabellum, Fortnite has introduced an official John Wick skin to the Item Shop and a new Limited Time Mode called Wick’s Bounty.

For those players that have been battling it out in Fortnite: Battle Royale for a while now, you might already have a John Wick-themed skin in your locker. However, while the old one looks a little bit like Keanu Reeves, this new skin is without a doubt our favorite assassin.

The John Wick skin bundle includes an Assassin Pack back bling, which is basically a black duffle bag stuffed to the gills with guns. Unfortunately, these guns are just for show, so you won’t have any advantage other than striking the fear of the boogeyman into the heart of your enemies. The bundle also includes a damaged suit style, for that “rough and tumble” look.

Also for sale is a new pickaxe in the style of a sledgehammer. This looks exactly like the sort of sledgehammer John Wick used in the first movie to dig up his supply of gold and weapons.

But the fun of being John Wick extends further into Fortnite thanks to a new Limited Time Mode. Lovingly called Wick’s Bounty, this mode pits teams against one another in an effort to collect gold tokens. Collect gold tokens by killing the other bounty hunters while doing your best not to get killed. Thankfully, there is a three-strike system in place where if you die three times you’re out of the match for good. Be warned, the team with the most gold tokens will be marked on the map – a literal bounty on their head.

While it might sound like fun and games, there are actually some rather awesome prizes attached to the Wick’s Bounty LTM. By completing five challenges, you can unlock a gold coin back bling. For those unfamiliar with the John Wick movies (first of all, go and see them immediately), a gold coin is used as payment for the assassins and is the main currency of the Continental. There’s also a glider to unlock as well as a black wrap, making you look the part of a deadly assassin.

Given that this John Wick crossover is likely only available for a limited time, be sure to clear your schedule and dive in to the mysterious world of assassins. For the latest Fortnite news and guides, you’re already in the right place.