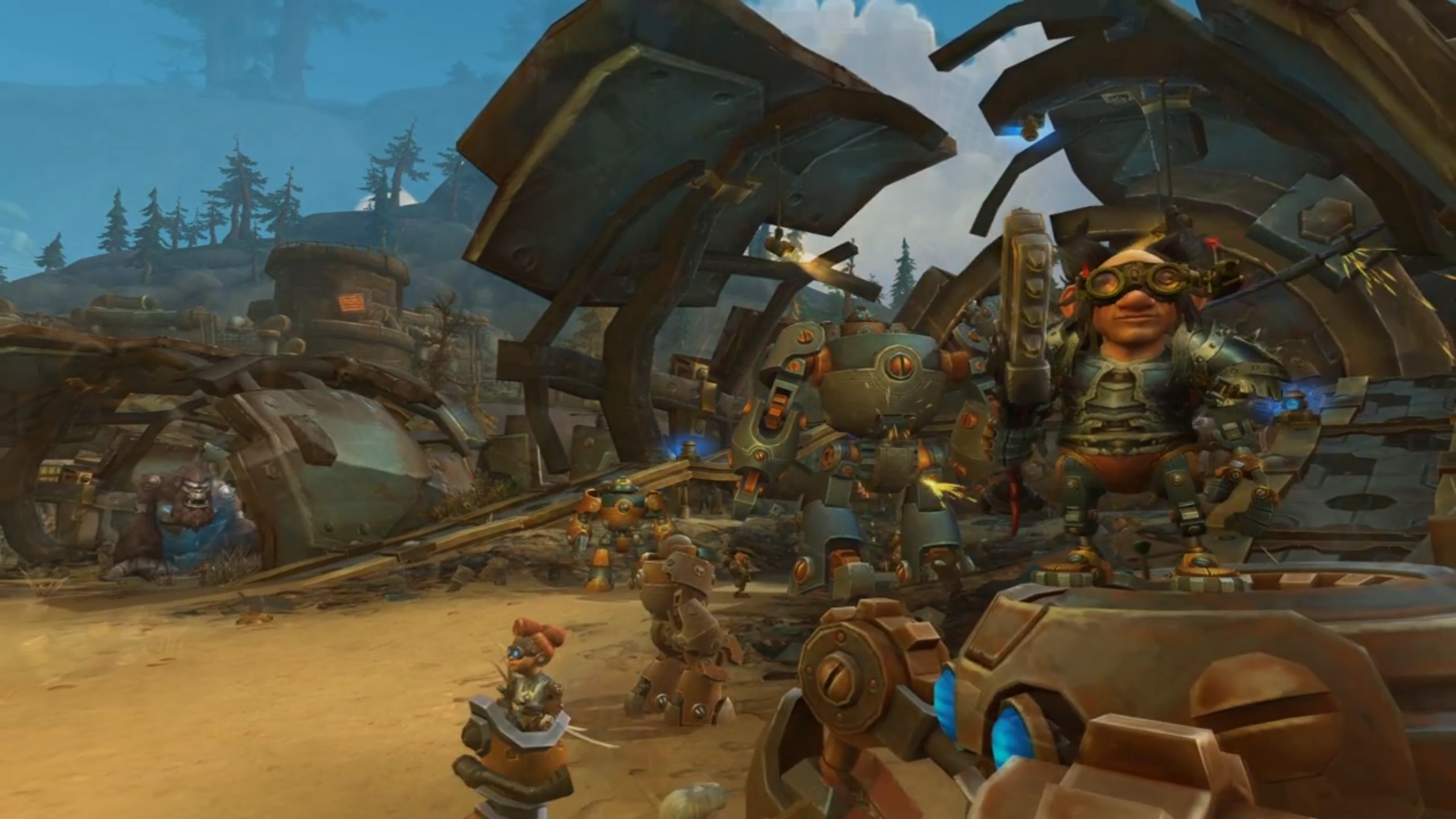 Will Mechagnomes be a new Alliance allied race in WoW BFA?

The upcoming Battle for Azeroth expansion for WoW will be bringing a ton of new content to the MMO including the Gnome-populated island of Mechagon. During a recent special event for the 25th anniversary of the Warcraft franchise, our own Greg Burke had a chance to sit down with Blizzard technical director Frank Kowalkowski to discuss one new feature in particular that will be coming with the WoW BFA expansion: Mechagnomes.

In the WoW BFA expansion, players will find themselves on the island of Mechagon in the middle of a battle between two warring Gnome factions: King Mechagon and the Rust Bolt Resistance. The king believes that the only way to cure the crystal flesh is to become fully mechanical while the Resistance wants to hold on to their humanity. Players on the Horde or Alliance side will both get an opportunity to court the resistance and overthrow the king.

When asked if players would be able to become Mechagnomes in WoW BFA Frank reluctantly stated, “That would be nothing that we’re willing to discuss right now.” Seeing that Frank was somewhat at a loss for words, Greg chimed in that anything was possible and Frank gave a quick “Yeah, sure…” before moving on to the next topic.

The two go on to discuss a number of details about Mechagon island and the challenges of balancing new content with what’s already there. You can watch the whole interview in the embed below to learn more about Mechagomes as well as other features players will find in the kingdom of Mechagon.

Be sure to check back soon for more WoW coverage including the upcoming WoW Classic. And for more exclusive interviews like this one including several more from the recent Warcraft event, be sure to subscribe to our Shacknews and GamerHubTV YouTube channels.