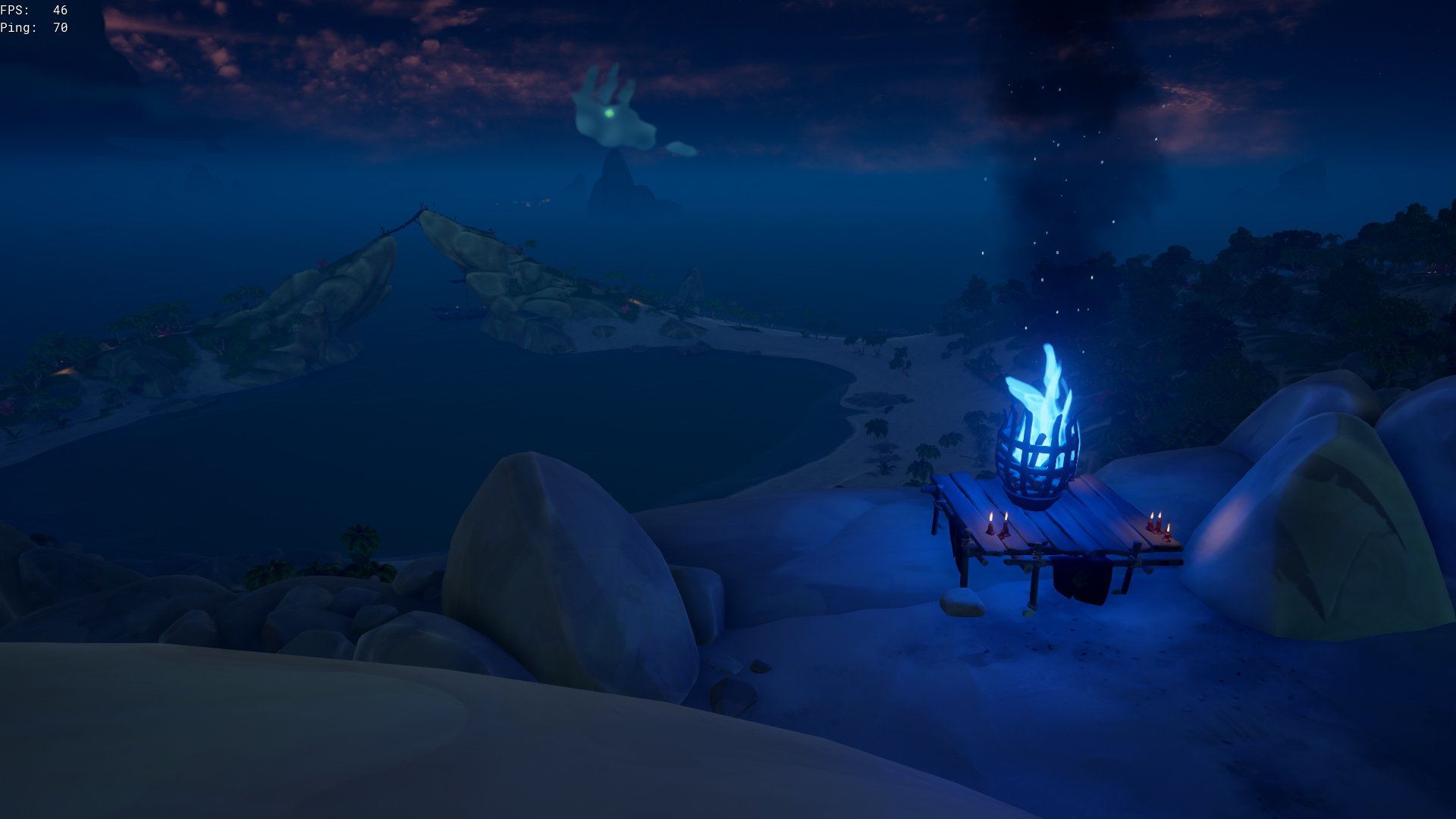 Beacon locations, Festival of the Damned - Sea of Thieves

There are 12 beacons scattered across the islands in Sea of Thieves. These beacons were added as part of the Festival of the Damned event, along with a variety of lantern colors. Lighting all the beacons is a great way to earn some extra doubloons, which will help you reach pirate legend!

How to get different lantern colors

As part of the Festival of the Damned, players can now change the light of their lanterns. To do this, you will need to die in a specific fashion and then take the light from the fire on the Ferry of the Damned:

Once you’ve died to one of the above, go to the middle of the Ferry of the Damned and hold out your lantern. When standing near the Well of Fate, choose the “take flame” option to change your lantern’s color.

With the light claimed, you can now change the lantern colors of your ship or use it to light beacons! Just be aware, dying again will reset your lantern back to orange.

Beacon locations – Festival of the Damned

The Festival of the Damned beacons can be found in each of the four regions in Sea of Thieves. These beacons can be easy to reach or extremely difficult. While some beacons can be accessed by walking up a hill or jumping over rocks, others might require you to fire yourself out a cannon.

The Shores of Plenty beacons

The three Festival of the Damned beacons in Shores of Plenty are located on Cannon Cove, Smugglers’ Bay, and Mermaid’s Hideaway.

Cannon Cove: The beacon on Cannon Cove is on the large stone outcropping in the center of the island. To reach this, position your ship on the north side of the island and fire yourself out of the cannon.

Smugglers’ Bay: The beacon is located at the very top of the island.

The three Festival of the Damned beacons in the Ancient Isles are located on Plunder Valley, Crook’s Hollow, and Devil’s Ridge.

Crook’s Hollow: The beacon on Crook’s Hollow is to the south of the island. To reach this spot, start at the bay and use the path that winds up the hill. You can run through the cave or creep along the ledge.

Devil’s Ridge: The beacon on Devil’s Ridge is on the northwest side of the island, directly above the waterfall. To reach it, start in the bay and following the grassy slope up to the very top.

The three Festival of the Damned beacons in The Wilds are found on Marauder’s Arch, The Crooked Masts, and Kraken’s Fall.

Marauder’s Arch: The beacon on Marauder’s Arch is on the land bridge leading to the highest peak. This is only accessible from the northwest part of the island.

Kraken’s Fall: The last beacon in The Wilds is on Kraken’s Fall. The beacon is on the northern side of the island, down from the rocky formation. To reach this beacon, climb the island and then drop down the ledges.

The three Festival of the Damned beacons in the Devil’s Roar are located on Fetcher’s Rest, Ruby’s Fall, and The Devil’s Thirst.

Fetcher’s Rest: The beacon on Fetcher’s Rest is on the rocky part of the island to the north that’s not connected to the main landmass.

Ruby’s Fall: The beacon on Ruby’s Fall is right in the middle of the island. Walk across the rope bridge to find this beacon.

The Devil’s Thirst: The final beacon in the Devil’s Road is on the northern side of Devil’s Thirst. You can find this beacon overlooking the smaller section of the island.

With all the beacons in Sea of Thieves lit, you should have earned a handsome supply of doubloons. All that’s left to do now is use the lanterns to decorate your ship! Check out the Shacknews Sea of Thieves guide and walkthrough for more helpful articles.